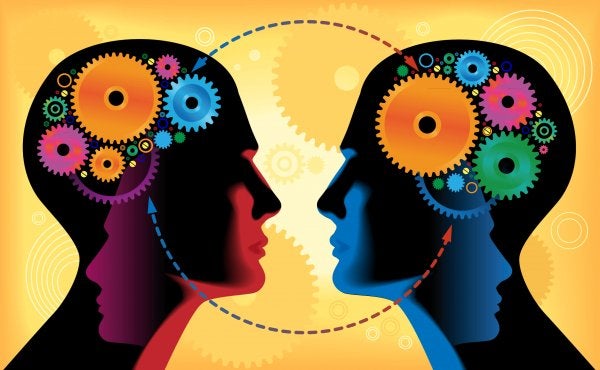 Some of the mistakes we make when it comes to communication can intentionally get us into a lot of trouble. The way we communicate can even wreck our relationships with others, because it can give off an image of us that doesn’t match what we want to project or who we really are.

Effective communication is fundamental for human relationships. Up next, we’ll analyze the most frequent mistakes we make when we interact with others, and see how to solve them.

“If there’s no communication, there’s no human being.”
-Francisco Garzón Céspedes-

Communication mistakes you should avoid

As you can see within your own life, communicating efficiently and avoiding misunderstandings is a lot easier than it may seem.

To help you with this task, we leave you the following advice with which you’ll be able to avoid certain communication mistakes:

Not double-checking your written messages

Written messages are an easy and quick way to communicate which have a lot advantages, because what’s left in writing is much easier to recover from, among other things.

However, few people write at the same speed they talk or think. This implies that a time lag can result in a different message than the one we’re trying to transmit.

Inappropriately or incorrectly used expressions, idioms, errors in grammar, auto corrects, etc., can give off the wrong message.

Avoiding this mistake is as simple as checking the text that’s going to be sent before you send it, be it on paper, an email or a text message or SMS.

Many people feel uncomfortable giving bad news, and to avoid this bitter moment, they use email to transmit them or, even worse, instant text messaging applications.

However, these channels don’t soften the message and give way to misunderstandings. Besides, all of the power of body language is lost, and it no longer offers a way for more intense emotions to show.

Therefore, when you have to give bad news or talk about delicate subjects, don’t use written communication; rather, talk to the other person face to face.

“The most important part of communication is listening to what isn’t being said.”
-Peter Drucker-

Problems don’t fix themselves, and if you don’t solve them, you leave the situation free to morph into something that’s potentially more serious.

If you have a difficult conversation before you, don’t beat around the bush. Confront it, the sooner the better.

Assuming that the message has been understood

When you send or communicate a message, you have to make sure that the receiver has received and understood your message.

To prove that your message has been understood correctly, use open-ended questions that start with “how,” “why,” or “what.” These questions stimulate reflection and communication.

Assertiveness is the ability to say things as the are and as you feel them without hurting other people. Often times, in order to avoid a conflict, we don’t communicate our necessities or we rush so much when speaking that we lose part of our message. To avoid this mistake you have to learn to develop your assertiveness.

Get used to saying things directly, without offending anyone, but defending your rights and desires. Ultimately, you’re going to have to say it either way. The sooner you do it, the less tension you’ll accumulate and the easier it’ll be to do it.

Responding to an emotional reaction

In tense and frustrating situations, it’s easy to react emotionally when faced with a problem or a question, instead of answering it calmly. Many people think this is justified, but the truth is that it’s not.

This type of emotional reaction can hurt your reputation, annoy people and it can give the impression that you lack self-control.

Try to stay calm before you answer or act. If you feel that you’re very tense, about to explode, close your eyes and count to 3 (or to whatever number you deem necessary). If you respond in an aggressive or emotional way, you’re going to further complicate your communication with others.

There are many myths about polyamory. Unfortunately, many people believe them to be true. However, studies show 5% of people in North America are in non-monogamous relationships. With that in…

Authentic people talk without fear. They say what they think and act accordingly. But in order to do so, they have…

Psychology
What are the causes of male sexual impotence?

Male sexual impotence has become a matter of great concern for many men. The inability to get or maintain an…