"As I Began to Love Myself": A Wonderful Poem by Charlie Chaplin 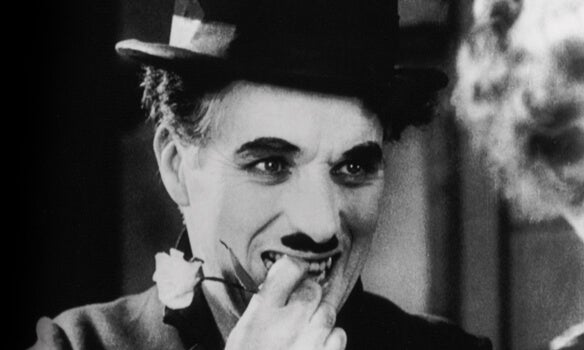 One of Charlie Chaplin’s most famous poems, one that offers a fabulous lesson on personal growth, goes like this:

“As I began to love myself I understood that at any circumstance, I am in the right place at the right time, and everything happens at exactly the right moment. So I could be calm. Today I call it ‘SELF-CONFIDENCE.'”

In history, there was a time when in the world of art, science, and culture, only two names stood above the rest. They were Charlie Chaplin and Sigmund Freud.

If Chaplin had a famous and admired face, Freud had, apparently, the most brilliant mind.

“We shouldn’t be afraid of the unknown because, even when they wander into chaos, planets are born stars!”
-Charlie Chaplin-

Both of these figures were so famous that Hollywood tried for many years to get the father of psychoanalysis to get involved in a big production.

It was in 1925 when the head of MGM (Metro-Goldwyn-Mayer), Samuel Goldwyn, called Freud to praise his work and publications. He called him “the world’s greatest specialist in love.”

Then, he asked Freud to collaborate on a new project by helping with an assessment: “Antony and Cleopatra.”

Goldwyn offered him over $100,000, but Freud said “no.” The psychoanalyst was so upset about that kind of art that he started to think he hated movies and the whole film industry.

But, in 1931 Sigmund Freud wrote a letter to a friend revealing his deep admiration for someone he called a “genius.” Someone who seemed to him to be showing the world man’s most admirable and inspiring transparency. It was Charlie Chaplin.

In the letter, Freud superficially analyzed what Chaplin projected about himself in his movies. Someone from a humble background, who had a hard childhood, and yet enters maturity with strongly defined values.

So it didn’t matter what kind of hardships he went through every day, Chaplin would always maintain that humble heart.

That’s why, despite the setbacks and complex, unequal society, he always ended up solving his problems through love.

We don’t know if Freud was right or not in his analysis. But this is at least what Chaplin seemed to be showing in his movies and especially his poems. True lessons about wisdom and personal growth.

Charlie Chaplin, the Man Behind the Poem

They say that Charlie Chaplin wrote this poem, “As I Began to Love Myself,” when he was seventy years old.

But, according to other people, it couldn’t have been written by him, and is actually a somewhat free adaptation of a paragraph in the book “When I Loved Myself Enough” by Kim and Allison McMillen.

Either way, it’s worth saying that it’s not the only text by Chaplin where he creates such a beautiful and delicate text on power and the value of our minds.

In fact, here we also have the poem “Live!” It reminds us, among other things, that the world belongs to whoever dares to take it. That living isn’t just going through life but fighting, feeling, experiencing, loving fiercely.

So, it doesn’t really matter if the poem is an adaptation of a different one, or if it came from the mind and heart of the iconic genius who captivated us with his movements, his mustache, and his cane.

Charlot, the run-down character, that solitary wanderer, poet, and dreamer who was always looking for romance or adventure, had an extremely clear mind behind all that.

The mind of a man with very clear ideas about the message he wanted to send. And what he gave us with his productions lines up perfectly with every word in this poem.

In fact, in his memoir he talked about how each aspect in his character’s costume had a meaning:

Charlie Chaplin Woke Us Up

Also, something Charlie Chaplin always tried to do through the innocence of his character was to raise our awareness.

To wake us up to the complex paradoxes of our world. A place where only human, psychological strengths can confront senselessness, inequality, or  evil.

We see something like that in “The Great Dictator.” It’s where he invites us to connect with ourselves and all other human beings. To defend not just our rights but the rights of our planet.

Even today Chaplin’s legacy is very present. In fact, it will always be necessary and indispensable.

Because the lessons given in the tragicomedy are the ones that make us think the most. And poems like “As I Began to Love Myself,” are gifts for our heart, direct invitations to better ourselves.

As I Began to Love Myself, Charlie Chaplin

As I began to love myself I understood that at any circumstance, I am in the right place at the right time, and everything happens at the exactly right moment. So I could be calm. Today I call it “SELF-CONFIDENCE.”

As I began to love myself I found that anguish and emotional suffering are only warning signs that I was living against my own truth. Today, I know, this is “AUTHENTICITY.”

As I began to love myself I stopped craving for a different lie, and I could see that everything that surrounded me was inviting me to grow. Today I call it “MATURITY.”

As I began to love myself I understood how much it can offend somebody if I try to force my desires on this person, even though I knew the time was not right and the person was not ready for it, and even though this person was me. Today I call it “RESPECT.”

As I began to love myself I freed myself of anything that is no good for my health — food, people, things, situations, and everything that drew me down and away from myself. At first I called this attitude a healthy egoism. Today I know it is “LOVE OF ONESELF.”

As I began to love myself I quit stealing my own time, and I stopped designing huge projects for the future. Today, I only do what brings me joy and happiness, things I love to do and that make my heart cheer, and I do them in my own way and in my own rhythm. Today I call it “SIMPLICITY.”

As I began to love myself I quit trying to always be right, and ever since I was wrong less of the time. Today I discovered that is “MODESTY.”

As I began to love myself I refused to go on living in the past and worrying about the future. Now, I only live for the moment, where everything is happening. Today I live each day, day by day, and I call it “FULFILLMENT.”

As I began to love myself I recognized that my mind can disturb me and make me sick. But as I connected it to my heart, my mind became a valuable ally. Today I call this connection “WISDOM OF THE HEART.”

Leonard Cohen: Poetry Into Music
At age 82, and with a long life behind him, Leonard Cohen has left us. He already knew that his heart would stop soon; in one of his last interviews with Read more »
Link copied!
Interesting Articles
Literature and Psychology
Calisto and Melibea - Psychology of the Characters