Antoni Gaudí was a very intelligent and talented man. A one of a kind person, for sure. In this article, learn all about him! 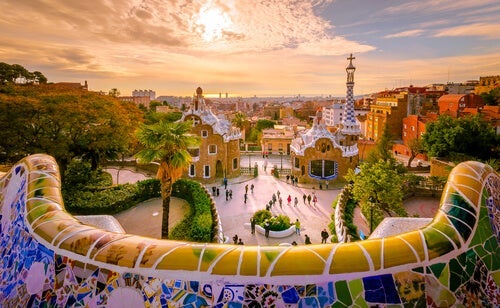 Antoni Gaudí was more than an architect; he was an artist who left reliable evidence of his ingenuity and sensitivity in each of his works. His style is unique and unmistakable. There’s a reason why many of his works are currently on the UNESCO World Heritage List.

Gaudí had three great passions: nature, art, and religion. To each of these areas, he dedicated the best of his talent and ability. He had practically no personal life because he dedicated himself entirely to his work and convictions.

Although his particular way of seeing architecture was held in high regard during his times, people truly began appreciating him after his death. Today, he’s known as one of the most important architects of all time. Not only that, but a lot of people study his work.

One of the most noteworthy things about Antoni Gaudí’s life was that he was born into an artisan family. The five generations prior to him manufactured copper products. For example, his father and his two grandparents were boilermakers. That is, they made barrels for grape distillation in Tarragona.

Gaudí often pointed out that the visions of these great objects came during his childhood, that being around his family got him used to conceive the world as three dimensional. To him, any rigid material and large items were malleable. Thus, he later applied this unique concept to his designs.

Nobody knows if Antoni Gaudí was born in Reus or Riudoms. He himself claimed to come from one place or another, throughout his life. What we do know is his date of birth: June 25, 1852. Also, that his health was so fragile his parents decided to baptize him under the Catholic Church the next day mainly because they thought he would die.

Antoni was a sickly child. This made him an introvert and a great observer of nature. His architectural designs always imitated organic things found in nature. Thus, he preferred the real-world curves to the straight lines of the blueprints. This all led to his unmistakable style.

A different kind of architect

After his family moved to Barcelona, Antoni Gaudí entered the School of Architecture in 1874. That same year, he developed his first designs and immersed himself in the study of the architectural works of various cultures.

In 1876, his mother and brother died. She was 57 and his brother was only 25. The latter had recently graduated as a medical doctor. The double tragedy was a heavy blow to Gaudí. Thus, he was forced to work as a draftsman part-time in order to be able to finish his education.

Three years later, Rosa, his only living sister, also died. She left a daughter behind, which Gaudí took care of. That same year, he met Eusebio Güell, who later became his great friend and patron. Thus, Antoni became more popular.

Antoni Gaudí loved just one woman throughout his lifetime. Her name was Pepeta Moreu. She was an embroiderer who wrote to him to tell him that the banner for the Cooperativa Obrera Mataronense he commissioned was too difficult to make. It was love at first sight.

Since then, he started eating at Pepeta’s house every Sunday. He usually brought along Rosa, his little niece. When he proposed to Pepeta, she rejected him. Antoni Gaudí was not exactly a supermodel. In fact, he was quite the opposite. Some say that Pepeta rejected him because she couldn’t marry a man who “wore a mustache full of snot”.

At that time, 1883, he started constructing his masterpiece: The Basílica de la Sagrada Família in Barcelona. He also became an anchorite and more mysterious and religious. Also, more dedicated to his work than ever. The man attended Catholic mass several times a day and subjected himself to all sorts of atrocious fastings, which mainly endangered his health.

Then, he also had to endure the death of his father and his niece. Even the death of Eusebio Güell, his friend and benefactor.

Antoni Gaudí was run over by a car in 1926. Due to his beggar appearance, the authorities took him to a charitable healthcare facility. He died three days later. Barcelona mourns his death to this day.

Gaston Bachelard: The Poetics of Space
Gaston Bachelard was a philosopher, a poet, an epistemologist, a physicist, and a French literary professor. Read all about him here! Read more »
Link copied!
Interesting Articles
Culture
Jack London: Biography of the Master of Adventures

Jack London represented a literary essence where the wild became physical and inspiring. Never has the genre of adventure and…

Culture
Moralization Is a Type of Violence

Moralization is a form of psychological violence that usually goes unnoticed. Imposing values or principles onto others is in many…

Literature and Psychology
Rainer Maria Rilke, the Poet Who Taught us to See Light in the Dark

Culture
Locked-in Syndrome: Being Trapped in Your Own Body

Locked-in syndrome (also known as a pseudocoma) is an uncommon condition that's caused by a bilateral pontine stroke. The consequences…