Annalise Keating: The Relationship Between Power and Alcoholism

Annalise Keating is a reflection of how people in stressful positions can become alcoholics. 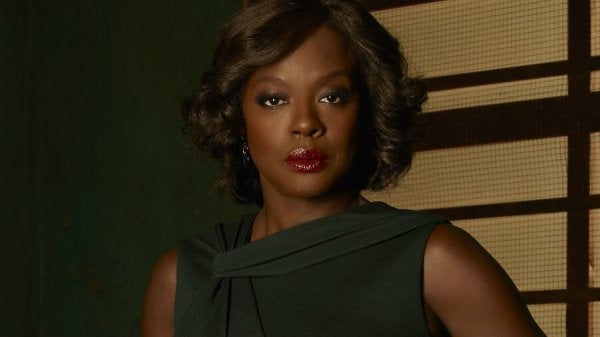 Many people in powerful positions experience high stress levels. It’s very important to learn how to manage this stress appropriately, especially if you don’t want to fall into harmful habits in an attempt to relieve your work-related stress. Annalise Keating from How to Get Away with Murder is an example of this.

There’s a fine line between control and chaos. That’s why knowing how to manage your emotions may protect you from addiction or other harmful habits. Nevertheless, we should note that problems like alcoholism are usually just the tip of the iceberg.

To analyze the relationship between power and alcoholism, we’ll talk about the TV series How to Get Away with Murder. Specifically, we’re going to be analyzing the show’s protagonist – Annalise Keating.

47-year-old Shonda Rhimes is the creator and producer of numerous television series and movies. People recognize Rhimes because she creates strong and independent female characters who challenge traditional roles. Some of her most popular shows are How to Get Away with Murder, Grey’s Anatomy, and Scandal.

Many people ask Rhimes what’s her secret for creating so many world-famous series. Shonda attributes it to her love for telling stories that focus on new ways of relating to the world.

Rhymes is a daring writer, determined to change the lives of thousands of women who her stories reach. She’s never hesitated to create strong and diverse characters who face social stereotypes head-on. Her work deals with things such as racial discrimination, sexual diversity, and gender diversity.

How to Get Away with Murder

How to Get Away with Murder is a drama series created by Shonda Rhimes that premiered in September of 2014. The main character, Annalise Keating, is a law professor at Middleton University. Each year, Annalise chooses five promising students as interns. These students call themselves the “Keating 5”. They are Michaela Pratt, Connor Walsh, Laurel Castillo, Wes Gibbins, and Asher Millstone.

Throughout the first season, Annalise and her students get involved in a murder. After instructing them on how to get rid of the body, Annalise has to avoid investigations by the district attorney’s office as well as the university. Aside from that, she has to protect her students from possibly being accused of the murder. Ultimately, everyone is tied to the same lie and the same murder. Annalise ends up having to step in and save the day.

Throughout its five seasons, the characters make several big mistakes. Some of the investigators in charge of the Keating case end up murdered themselves. Annalise must also cover up these deaths and balance this with her private life.

The alcoholism of Annalise Keating

Annalise Keating is the main character of How to Get Away with Murder. She’s portrayed by Viola Davis. Annalise is both admirable but problematic. She’s a ferocious lawyer bent on winning every case. However, Annalise is also arrogant and selfish. Some would say these are bad qualities, but they have helped her get ahead. Her personal relationships are very complicated. Even though she’s a respected professor, she also leads a very high-stress lifestyle.

Keating faces problems head-on and does manage to succeed, but these things take their toll on her. Rhimes has written the character in such a way that she seems like a real person. And as with any person, Keating has suffered failures and pain in her life. These past events shape her present actions.

During the series, we find out that Keating lost a newborn son and buried herself in her work to not have to deal with her grief. That’s how she became a workaholic. Still, Annalise also has a lot of unsettled problems. In denying herself the chance to grieve, she slowly becomes an alcoholic. Annalise Keating takes refuge in drinking to avoid having to deal with the losses of her past.

People in positions of power, such as Annalise Keating, tend to be highly competent and skilled. But these types of positions also involve many responsibilities. Long working days mean less time for sleep. This situation is fertile ground where stress can blossom.

The relationship between stress and alcoholism has been widely studied in scientific literature. Many psychologists agree that people with high stress levels are more likely to fall into addiction.

Stress can lead to drug addiction. The allure of these substances is that they’re able to reduce the negative physiological and emotional effects of acute stress. Thus, people with a lot of responsibility are a lot more prone to consuming a lot of drugs.

Alcohol reduces inhibitions and releases hormones that make people feel good for a short period of time. Nevertheless, frequent alcohol consumption causes resistance to its effects. This means that the alcoholic must drink more and more of it over time to keep feeling good.

Alcoholism can wreck lives. The long-term effects of alcohol are devastating. As such, people with a lot of work-related stress should be careful to avoid falling into that harmful habit.

Recovering through therapy and rehabilitation

You don’t necessarily have to succumb to alcoholism. Many people are able to bring balance back to their lives. Balancing work, power, and stress is a delicate matter that involves physical, mental, emotional, and spiritual aspects.

An alcoholic needs therapy and rehabilitation in order to recover. Through an appropriate routine and the right exercises, it’s possible for them to lead a normal life again. If you think that you or someone close to you is at risk, contact a professional as soon as possible.

Alcohol Use Disorder
The excessive consumption of alcohol is a great problem that can turn into alcohol use disorder if the consumer meets a series of criteria. Read on! Read more »

Chiu, S. I. (2014). The relationship between life stress and smartphone addiction on taiwanese university student: A mediation model of learning self-Efficacy and social self-Efficacy. Computers in Human Behavior. https://doi.org/10.1016/j.chb.2014.01.024

It's just not worth it. Don't cling on to what needs to fly away from your life, don't get your hopes…

Psychology
When Long-Distance Love Is a Choice