When Anger Consumes You, It Burns Others 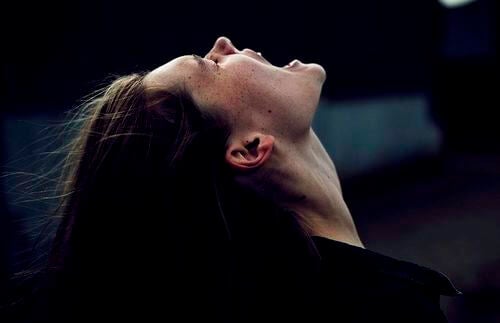 We’ve all been through situations that have upset us so much that our anger increased uncontrollably. Who hasn’t experienced a simple spark that ignited a fire and spread throughout their entire being? The worst part is that this uncontrollable fury leads us to say and do things that we deeply regret later on.

We don’t just feel bad for ourselves, but also for those around us. It turns out that in these situations, we often cause harm to our loved ones. This happens even when they had nothing to do with the reason for our anger. In fact, they often receive an angry response from us just for trying to calm us down.

“Anger is like fire; you can only put it out at the first spark. After that, it’s too late.”

Anger and its implications

Let’s start at the beginning: what is anger? It’s an emotion that produces unpleasant feelings in the person who suffers from it. It makes the body go from a state of tranquility to one of high activation, so that it can respond via defense or attack.

We tend to feel it the most in interpersonal situations, or in other words, when we’re interacting with other people. If we feel that a valuable goal is being impeded unjustly and intentionally, we get angry.

In that moment, it feels like your interests are being threatened and that you have to take action to defend them. Anger generally starts at a relatively low level of agitation. But if this initial irritation isn’t effectively managed, it can increase until it explodes.

It’s been shown that having a higher tendency to respond to different conditions with anger has a notable influence on health. First of all, it produces an array of unpleasant sensations in the person who feels it. But not only that, it can also indicate the presence of an emotional disorder, like depression.

In addition, it’s a variable that should be taken into account in the treatment and rehabilitation of different neuropsychological problems, such as those associated with traumatic brain injuries or alcoholism, as shown in a study done by the University of Camilo José Cela.

How anger is perceived

Anger not only influences one’s physical and mental health, but it also has consequences in one’s social environment. If you take the other perspective, how have you felt in the past when someone got angry and projected their anger onto you?

The answer can vary based on many different factors. For example, whether you were really the one “responsible” for their anger or not. Which strategies the person used to let you know they were angry. Whether they acted in a fairly peaceful manner, or directed highly aggressive behaviors towards you. These, among other factors, will influence the way you interpret the situation, and as a consequence, the emotions that you feel.

Based on all this, it’s important to keep in mind that the more out of control the anger and the more aggressive the behavior, the more attacked the other person will feel. This will make them get angry too, and they’ll also have to struggle to control it. You can imagine the result of this situation. Who hasn’t had an argument that both you and the other person thought was foolish, and ended in a battle that caused serious harm?

This kind of situation can produce a considerable number of negative emotions in the other person, from sadness, to their own anger, to disbelief or helplessness. It can also create feelings of rejection. In fact, if you habitually act angry towards others, you can cause them to distance themselves more and more and find yourself more and more alone.

“A man that studieth revenge keeps his own wounds green.”

Is there a relationship between the way I am and the anger I feel?

More than an emotion, anger can be seen as a consistent way of reacting to different situations. It could be a part of who you are. This means that some people are naturally more angry than others. These people respond with more anger to more situations and with a higher level of bodily activation.

They show similarities to people with a low predisposition for irritability regarding the types of situations that make them angry, but the difference is that they react with anger more intensely and more frequently in their daily lives towards bothersome conditions.

It’s been found that certain personality characteristics influence the appearance of anger:

As we’ve seen, sustained anger can have many negative implications in one’s life. This means that it’s important to control it when the first spark appears, because once the fire has spread, it’s going to be much more difficult to put out.

Also, once the anger has disappeared and the level of activation has decreased, a wide range of negative emotions can arise. You realize the consequences of your behaviors and the damage that you’ve inflicted on your loved ones. So remember that if you deal with anger when it’s still minor, and if you don’t let it mix with your ego or pride, then you won’t have to heal such deep wounds later on.

Fears Are Hidden in Anger and Rage

Link copied!
Interesting Articles
Wellness
Freedom Lies in Your Mind and Your Emotions

What is freedom? Should we really search for it within the boundaries of the physical world we inhabit? Is there more…

Wellness
Worn Down or Not, Your Heart is Your Heart

The key word of emotional dictators is “Me”. These people need to feel like they are totally in charge of…

The people who make your world beautiful are the ones who will always be there. That is, the ones who comfort…

Wellness
5 Wounds of the Soul Which Heal, but Leave Scars

In all the time that has passed since we came into this world, any number of things have gone on…