Albert Camus left the world early and dramatically. However, his legacy shows us that, as humans, we have the ability to overcome the mix of absurdity and hope that life entails. 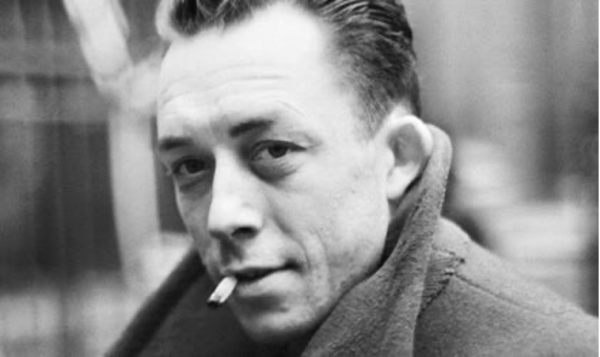 Albert Camus was the second youngest writer to win the Nobel Prize for Literature. His prodigious work was both thoughtful and inspiring. Furthermore, it captured the essence of the human consciousness of an era. Works such as The Plague and, more particularly, The Stranger, are timeless novels. They reflect the peak of existentialism where the absurdity of life and pain are intermingled with the weight of the past.

In the history of literature, the death of Albert Camus in January 1960 tends to be remembered as one of the most unexpected. A few days before his death, this author mentioned to his friends that he believed dying in a car accident would be the most absurd way to go. Bizarrely, this is exactly what happened to him. He died in a car accident, alongside his literary editor, who was driving. A tire exploded and the car hit a tree.

Albert Camus, who defined himself as an “absurdist” for describing all the harsh meaninglessness of the 20th century, died in precisely that manner. His death left a huge gap in the literary world. He was 47 years old and had won the Nobel Prize three years earlier. Indeed, he was one of the most prominent figures of the French literary scene. Furthermore, he was a long-term friend and intellectual adversary of Jean-Paul Sartre.

“At any street corner the feeling of absurdity can strike any man in the face.”

A lot of Albert Camus’s work is dotted with the imprint of wars and how this particular heartbreak marked a big part of the 20th century. These sentiments could also be due in part to his own family history.

He was born in Algiers in 1913 and suffered the loss of his father in World War I. Due to this untimely loss, Camus was offered a scholarship to study philosophy and writing.

His life in Algiers was humble. He was interested from an early age in Nietzche and André Gidé. He spent hours in libraries immersed in books, which awakened his great passion for writing and philosophy. In his teens, he discovered that he was suffering from tuberculosis. This limited his ability to devote his life to another of his passions, sports.

Furthermore, this ailment also inhibited his other passion, which was teaching. He was rejected as a teacher and also as a soldier when he tried to enlist in 1939. Thus, he chose another career, that of journalism, and became a correspondent for Alger Républicain.

Albert Camus became a journalist who wrote his own reactionary and idealistic ideas. Indeed, his articles were so reactionary that the government ended up banning his newspaper in 1940. However, that same year, his life changed completely when he married Francine Faure.

Then, he moved from Algiers to Paris to become head of a clandestine newspaper named The Combat. In it, he denounced the bombings of Hiroshima and Nagasaki.

During his time as director of this newspaper, Albert Camus wrote and published his own work The Stranger. Included in this book was his philosophy of the absurd, the discomfort halfway between melancholy and existential irony. In fact, according to many philosophers, this philosophy actually characterizes those particular years.

In 1943, he started to work for Gallimard, who was one of the most important French publishers. At the same time, once the Germans left Paris, he continued with his independent left-wing and reactionary publications.

He spent his evenings immersed in both his articles and literary works. This is when works such as The Misunderstanding and Calígula came about. And later came one of his most famous books, The Plague.

The story of Camus and Jean-Paul Sartre is one of admiration, hostility, and an ongoing dispute as to how existentialism should be understood. Both of them became two of France’s most intellectual icons of the 1940s and 1950s. They both represented French existentialism and left-wing ideology.

Anyway, Sartre argued that everyone should have a political commitment to others. And he felt the same regarding literature and philosophy, in that they must both be subordinated to the historical moment and the people. However, Albert Camus differed in several aspects. For him, literature went beyond philosophy and political idealism. He believed that writing is a reflection of your own freedom and shouldn’t be subjected to anything else.

The story of a secret love

When Camus was in Algiers working for The Combat, he had an emotional relationship with María Casares. She was a Galician actress and daughter of the politician Santiago Casares Quiroga. The relationship continued even though he was married and had twin daughters.

Camus and Casares basically had an epistolatory relationship that lasted nearly two decades. Their love for each other was demonstrated in many letters. These letters exhibit admiration, desire, existentialism, poetry, passion, and intellectual finesse. Indeed, they tell one of the most beautiful stories in the history of literature. The last letter of this great love affair is dated December 30, 1959. Camus died on January 4, 1960.

When you look at his life, you can see much of the absurdity that he mentioned in his own works. But contradictions, in essence, form the magic of our own existence. Thus, human beings always manage to find a way to overcome the difficulties that surround them.

As well as his philosophy, Albert Camus gave us, in his books, a wonderful reflection on the state of being human. He questioned many of the wartime and post-war ideologies of the twentieth century. He was a person who defended liberty, not just politics, as Sartre did. Camus went further because he believed in the freedom of the individual, in love, and in our ability to create, move forward, and overcome.

5 Quotes from Albert Camus that Will Change Your View On Life
Albert Camus is recognized for his humanistic literature. Influenced by Nietzsche's philosophy, he puts emphasis on the absurdity of the human condition. Read more »
Link copied!
Interesting Articles
Biographies
Johanna Arendt, A Pluralist Thinker