Agomelatine, also sold as Valdoxan and Melitar, is used to treat major depression in adults. 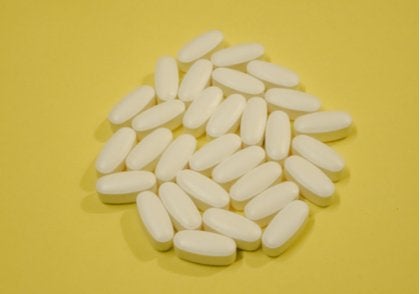 Agomelatine is an effective antidepressant with high response and remission rates. It’s relatively safe and most people tend to take well to it. It differs from other antidepressants because it impacts your circadian rhythms.

Agomelatine, also sold as Valdoxan, is an antidepressant under the umbrella of psychoanalytic drugs. It’s very different from classic antidepressants because it focuses on circadian rhythms.

In fact, it’s actually similar to melatonin, which plays a role in our natural sleep cycles. This hormone is made in the pineal gland and has several different functions in our body. One of the main ones is sleep cycle regulation. Some consider it the first drug in a new generation of antidepressants called melatonin receptor agonists.

Agomelatine: What’s it for?

According to its product information, agomelatine is used to treat major depressive episodes in adults. What it does for people suffering from depression is to increase sleep quality and reduce sleep onset latency. It also improves the stability of REM sleep.

Like we mentioned earlier, it does that by changing circadian rhythms. Researchers have also recently found some evidence that there’s a link between major depression and a de-synchronization of our circadian rhythms. However, there are still many things to study, because these internal processes are very complex.

Although melatonin improves the sleep quality of people with depression, it doesn’t have any antidepressant effects in and of itself. Also, it doesn’t have any impact on your mood throughout the day. At the same time, melatonin receptor agonists such as agomelatine (which has slightly different properties) have proven to be effective antidepressants.

This is why we’ve started to prescribe agomelatine as an antidepressant to treat major depression in adults. It has the advantage of improving sleep cycles without causing daytime drowsiness.

It’s also worth mentioning that since it doesn’t impact 5-HT1A, muscarine, and histamine receptors, agomelatine doesn’t have any of the side effects of other antidepressants. They can cause all kinds of side effects, such as drowsiness, weight gain, dry mouth, sexual dysfunction, heart problems, etc.

The most common agomelatine adverse reactions are headaches, nausea, and dizziness. These effects are generally minor and temporary, only manifesting during the first two weeks of treatment. Other common side effects of this drug include:

As you can see, many of the side effects of agomelatine are related to sleep and its impact on your circadian rhythms. However, as we mentioned earlier, these side effects are usually temporary. They tend to disappear once your body gets used to the medication. Nonetheless, you should still keep track of the effects.

No matter what, if you notice any negative side effects while you’re using agomelatine, especially at the beginning, you should talk to your doctor. On top of that, once you’ve started, you should never stop treatment with antidepressants suddenly or without a doctor’s recommendation.

In conclusion, agomelatine is an effective and promising new antidepressant. Of course, we still need to study it more to make sure it has positive long-term effects and whether it could be indicated to children and teenagers.

Atypical Depression
In spite of the name, atypical depression is actually quite common. It's similar to clinical depression in some ways, but the symptoms are unusual. Read more »
Link copied!
Interesting Articles
Psychopharmacology
How Antidepressants Work