Adjustment Disorder: Do You Get Overwhelmed by Problems? 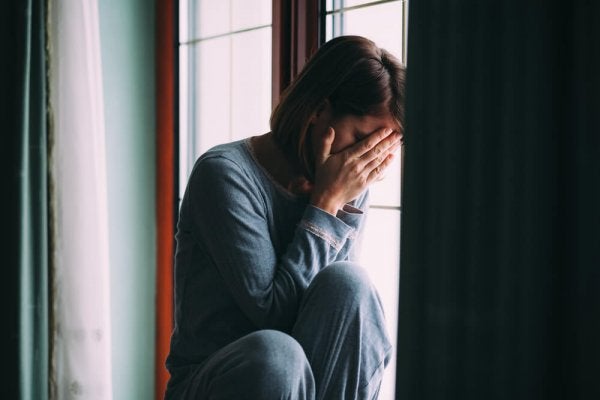 After going through some kind of problem (losing your job, a serious illness, divorce, financial issues, etc.) you may feel overwhelmed. The same goes for big life changes (marriage, the birth of a child, moving, etc.) You might feel nervous, irritable, sad, or anxious.

If you feel this way after any of these stressful events, don’t worry. It is completely normal. However, if your symptoms significantly interfere with your daily life, you may be suffering from an adjustment disorder.

Adjustment Disorder is listed in the Diagnostic and Statistical Manual of Mental Disorders (DSM-5.) It falls into the category trauma and stressor-related disorders. These are disorders where exposure to a traumatic or stressful event appears explicitly as criteria for diagnosis.

The disorders listed in this category are:

Psychological distress after a traumatic or stressful event varies from person to person. In some people, the symptoms are based on fear and anxiety.

Nevertheless, many people who’ve gone through traumatic or stressful experiences have symptoms like moodiness, anger, hostility, or disassociative symptoms.

Because of the diversity of symptoms following a traumatic or stressful event, psychologists group the above disorders into the category of “Trauma and stressor-related disorders.” Some people get over adverse experiences sooner than others.

When it takes you more than 3 months to adjust to changes and it’s hard to recover, it’s possible you have an adjustment disorder.

What exactly is an adjustment disorder?

The essential characteristic of this disorder is emotional or behavioral symptoms due to an identifiable stress factor.

These stressors, or problems, might appear repeatedly. Two examples are temporary business crises or unsatisfactory sex.

Alternatively, they may come up continuously, in the case of a chronic illness or living in a high-crime neighborhood.

Stress factors may affect an individual, a whole family, or a larger group or community. That is the case when there is a natural disaster.

And then some of these problems go along with certain life events like going away to school, leaving your family home, getting married, becoming a mother, etc.

In addition, these stress factors could be the consequence of the death of a loved one. But only when the intensity, quality, or duration of grief go beyond what you would normally expect. As a result, adjustment disorders are related to a greater risk of suicide.

How does a psychologist diagnose an adjustment disorder?

According to the Diagnostic and Statistical Manual of Mental Disorders (DSM-5) psychologists have to take into account the following diagnostic criteria:

A. Development of emotional or behavioral symptoms in response to identifiable stressor(s). These occur in the three months following the beginning of the stressor.

B. The behavior or symptoms are clinically significant. This manifests itself with one or both of the following characteristics:

D. The symptoms are not those of normal bereavement.

E. Once the stress factor or its consequences end, the symptoms don’t last more than another six months.

The Diagnostic and Statistical Manual of Mental Disorders (DSM-5) distinguishes adjustment disorder by:

Finally, the DSM-5 also divides these disorders into acute adjustment disorder (if it lasts less than 6 months) or persistent (six months or more.)

How do you develop adjustment disorder?

After having a problem or stressor in your life, you start to feel the symptoms within the three months following the incident. Once the problem is removed, the symptoms don’t last more than 6 months.

If the problem is an acute event (for example, getting fired from work) the onset of symptoms is usually immediate. You might experience them within a few days, and they don’t last that long (no more than a few months.)

That said, if the problem or the effects last longer, the adjustment disorder could continue and become chronic.

Adjustment disorders are very common. That said, prevalence varies greatly depending on what group researchers study, and the evaluation methods they use. The percentage of people in outpatient treatment for mental health with a diagnosis of adjustment disorder varies from 5 and 20%.

On the other hand, in-hospital psychiatric clinics usually see more cases of adjustment disorder. In fact, the rates in hospitals may be as high as 50%.

What are the risk factors for adjustment disorder?

People going through difficult situations often deal with a lot of stressors. These people have a higher risk of having this disorder.

At the same time, doctors must take into account the patient’s cultural context when they make a diagnosis. They have to look into whether the response to the stressor is maladjusted or not.

In addition, they should consider if the psychic distress associated with the stressor is greater than what you would expect.

What can I do if I think I have an adjustment disorder?

First of all, we recommend seeing a psychologist or psychiatrist. If you are feeling overwhelmed by a problem, follow these recommendations:

To conclude, if your problems don’t go away or you can’t control your symptoms, see a professional. You can go to your primary care physician or directly to a psychologist. After all, psychologists are there to help you, whether you have a disorder or not.

Popper, K. (1995). La responsabilidad de vivir. Barcelona: Paidós.
11 Frequent Questions for Coping with Grief
The death of a loved one is a terrible thing to experience, causing so many questions to arise in us. Read on and find some answers to coping with grief Read more »
Link copied!
Interesting Articles
Psychology
7 Techniques for Processing Your Emotions

Post-traumatic stress disorder (PTSD) occurs in some people who've suffered very stressful or catastrophic events. Such events could be the…

Psychology
Did You Know That Talking Is Like Natural Medicine?

If we never learned to talk when we were little, our brains would not develop as they do. Talking plays…