Abusive Children: A Phenomenon on the Rise 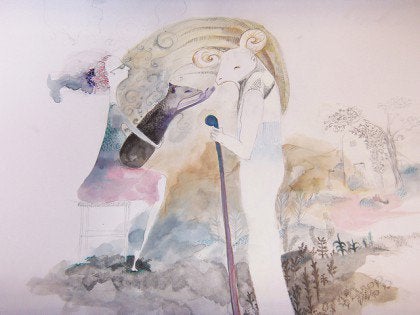 The numbers of cases are on the rise of children who have grown abusive towards their parents, not only verbally, but also physically. Statistics indicate that these types of situations are more frequent in adolescent males and that mothers are the primary victims of this behavior.

During the 20th century, the world worried that young people would be caught up in what was called “the sexual revolution.” Now, in the 21st century, it seems that the ever-increasing levels of violence we see around the world, have reached the younger generations.

“Emperor Syndrome”refers to a set of characteristics that an abusive child displays. It would seem that there is something in them that leads them to believe that they are the center of the world. They exercise a certain kind of power over their parents, as if their parents were their subordinates or, in any case, dependent on them.

Abusive children show the characteristics of narcissism. They think their needs and wants are the most important and more deserving of attention than everyone else’s in the whole world.

They are often quite obstinate and, at the same time, not very persistent with their own personal projects. In fact, it is usually very difficult for them to draw up a plan and follow it through. For these children, the issue is mostly due to desire: they want something and they want it now, but not by searching and striving to get it, but rather preferring that someone give it to them. Once they have it, they almost always stop wanting it soon after.

They are also fairly insensitive. They have a complete lack of empathy: they do not know, nor do they care to know, what another person is feeling, and cannot put themselves in their place.

Generally, they are overcome with anxiety. They have no “North” to guide them, nor do they develop values, in the deep sense of the word. For that reason, attacking their parents does not actually seem reprehensible to them. “They ask for it,” they will say.

The home of an abuser

In cases of abusive children, there is almost always some previous events in their education that effect their indolence towards their parents.

In general, they come from homes which alternate between overprotection (understood as extreme control) and being overly demanding. These children have probably received severe criticism from their parent(s) regarding their behavior, and then later, in order to make up for the excessive criticism, the parents are much more permissive.

They also frequently come from families with high rate of violence, in which physical punishment is considered a “normal” practice. So “normal,” in fact, that the children learns to accept it as a normal part of trying to resolve differences and conflicts.

There are people who describe this type of youth as a “emotionally illiterate.” They don’t know what to do with how they feel, because they were never taught how to understand themselves, nor to exercise control over their emotions. Undoubtedly, behind an abusive child is an upbringing with serious deficiencies.

The worst part of this problem is that it is very difficult to rid the child of these behavioral patterns. The good part, though, is that is it not impossible. What it usually requires is a professional intervention in which every member of the family needs to participate. Undoubtedly, after such an intervention, the result can only be good for everyone.

We all need to read phrases of encouragement every once in a while. No matter how strong you are, certain…

Art and Psychology
Creative Unlearning: The Art of Reinvention and Creativity

Creative unlearning offers us something amazing. If we want to recover our true potential, then sometimes there's no choice but…

Culture
The 6 Rules of Simple Intelligence

Yves Morveux is a consultant at the Boston Consulting Group and a professor at several universities around the world. He's…

Culture
It All Started With A Strong Headache: What Is a Stroke?

Each person is coping as best they can with the current situation. We don't all have the same circumstances, the…