9 Types of Workers: Pros and Cons 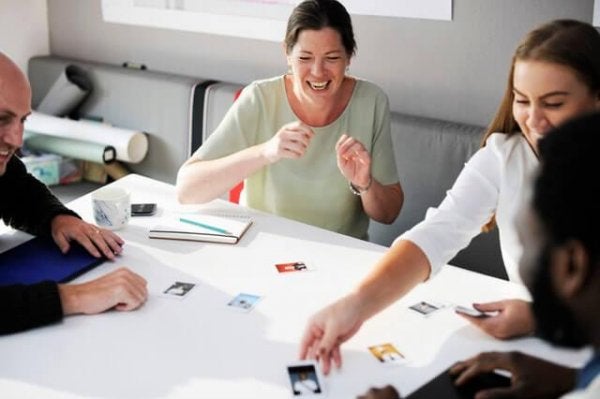 All companies have very different types of workers. Some workers are fundamental for development and expansion, while if others were absent, they wouldn’t be missed (or their absence would even be appreciated). Knowing how to differentiate them can sometimes be an arduous task, especially when some people deviously mask the fact that they contribute less.

On the other hand, knowing that our labor contribution is important for the company has a direct impact on our self-esteem. It makes us feel useful and necessary, in addition to increasing our self-esteem when we receive praise for a job well done. Unfortunately, not everyone shares these ideas of personal self-realization or understands them well enough.

There are people who clearly create conflict, who seek to get as much as they can with the least amount of effort. Many of them even try to step over their own partners to get what they want. Sometimes even their superiors respect these techniques because they prefer to have unreliable individuals if those people generate greater benefits.

Allowing a company to grow through workers who are uncomfortable and dislike their work is unethical. In addition, it ends up generating a bad reputation and makes the employees look for other jobs that are more accessible and adequate for their abilities.

To know how to differentiate who’s worthwhile from who you should watch out for, we made a list of types of workers. This list will help you analyze the pros and cons of each worker’s idiosyncrasies.

9 types of workers: pros and cons

You need to stay away from these people. They’re envious, mean, jealous, and manipulative. Depending on the people they surround themselves with, they can cause more or less damage. If the others they work with are assertive and honest, they won’t have any power.

If, on the contrary, they occupy a high rung on the hierarchy, they will use this power for their own benefit. Toxic people like to humiliate, ignore and treat the people they consider inferior condescendingly. They don’t mind having to step over their own friends to achieve their goals. They can end up alone, but will have a lot of influence due to their poisonous behavior.

Of these types of workers, the leader resembles a boss the most. They are motivational, entrepreneurial, have many ideas, and try to make others feel at ease. They always try to take advantage of any situation, however difficult it may be. Usually, they have the same amount of admirers as detractors, since they generate envy in others.

They have a good relationship with their superiors but aren’t flattering nor pedantic. They like their work, and it’s very important for them that their team put forth the maximum effort possible. This can make them too demanding with people who aren’t their subordinates, and consequently may bother others.

The pessimistic worker is always angry. They never stop complaining, and any decision you make will seem wrong. They don’t know how to adapt to changes, and their behavior can create conflicts between employees. These workers are unable to see anything other than black and white, which makes them alarmist. They barely enjoy good news and will take away from the weight of bad news.

Despite all their shortcomings, the pessimist isn’t a bad person nor a bad worker. They usually do their job correctly (although they never agree with the results). These people have their feet on the ground. They’re mature and can keep others from going about their day with their head in the clouds.

The eternal optimist, unlike the pessimist, is always in a good mood. Everything seems great, even if things aren’t going great. It’s very difficult for them to be discouraged or fall apart, and they’re always able to provide solutions. When facing their own or someone else’s adversity, they’re the first to smile and say “It could be worse.”

Their attitude can sometimes be a little naive. Other people like optimistic people in general, but to a certain extent. We all have problems and need to feel that they empathize with us. So, hearing an optimist’s ambiguous and well-intentioned suggestions can lead to emotional disconnection from that person. Life is full of ups and downs, and one is not always more appropriate than the other.

At first, the yes-man may get along well with others. Depending on their level of intelligence, they’ll know who to flatter and who to follow. But they’re eventually found out. They want to be nice to everyone, so they don’t hesitate to give gifts, compliments, and praises to those they want to “win over”.

Their only intention is to climb the ladder. This sometimes makes it very difficult to distinguish between them and toxic workers. The main distinction is that a yes-man has no reason to be a bad person or try to step over others on their way to success.

The nice one is the best companion a person can find. They’re cheerful but not too naive like the optimist. These workers are generous, they don’t hesitate to help others and adapt quite well to what happens around them. They go a little unnoticed sometimes, basically because they don’t have eccentric or worrisome behavior.

They’re noble, but have their limitations. They don’t let others humiliate them and they know when they must stand up for themselves. Their work matters to them, but also their own dignity.

The genius spends a lot of time by themselves. They barely interact with their colleagues, and their behavior is often described as strange or eccentric. They don’t like people and sometimes it seems that they would be much happier working from home or somewhere else besides the office. They’re usually a bit impertinent and somewhat on the edge, which can confuse others.

Despite this, they have amazing minds. Their ideas are innovative and very creative, they’re hard workers and, in addition, their work is always impeccable. Most of the time, their social abilities are forgiven because of their valuable abilities.

Of the types of workers that exist, this is the worst. No one knows how they got the job, because they’re lazy, idle, and immature. Most of the time they walk from desk to desk, bothering others with comments or anecdotes, interfering with others’ work.

During breaks, they tend to be the first ones to leave and last ones to come back. They may even have been reprimanded for it more than once. In general, they’re not good employees and can lead to numerous losses. Their only redeeming quality may be their innate ability or not really caring what others think about them, as long as no one fires them.

The gossip always knows everything that happens in the company. They’re the first to hear the news, whether they’re related to work or employees’ personal life. They love being the center of attention and that everyone comes to them to know the ins and outs of the people around them.

Despite their popularity, other workers tend to avoid them when it comes to entrusting important matters. Their colleagues’ perception of them is that they can’t be counted on since they could reveal exclusive and confidential data.

Although we included 9 personalities, these could be subdivided into hundreds more. In general, most companies have one or several workers that fit into these schemes.

If you identify with any of them and don’t like what you’ve discovered, maybe it’s time for you to make a change. Being more optimistic, paying no attention to gossip, or trying to be a better worker are some of the things you can do to improve.

How To Deal with Toxic Coworkers
In the workplace, sometimes we are faced with a toxic person and we have no choice but to put up with this type of them, and deal with them every day with no chance of avoiding them. Read more »
Link copied!
Interesting Articles
Culture
This Beautiful Short Teaches us That Love is Knowing How to be Present

The word favor comes from Latin and its lexical component favere which means "to show kindness". The original meaning is…

Loving yourself is a wonderful habit. So often though, we prioritize other, less important things. Think about it: valuing and loving yourself is the backbone of your well-being. It is the…