9 Psychopathic Subtypes According to Theodore Millon

Have you ever wondered if there are different psychopathic subtypes? Theodore Millon made a very interesting classification. 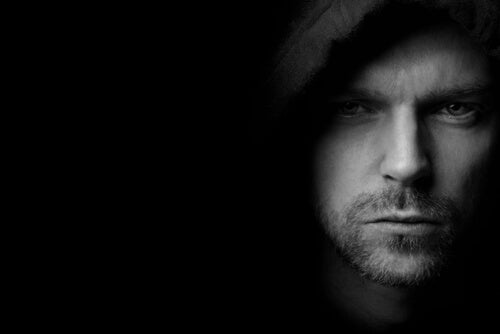 Theodore Millon was an American psychologist famous for his research on personality. He wrote more than thirty books and over two hundred scientific articles. His classification of personality disorders is well-known worldwide and has influenced the most important diagnostic manuals. Today, we’re going to highlight the research he conducted on the different psychopathic subtypes.

For Millon, personality disorders aren’t mental illnesses as such, but, rather, styles of behavior, cognition, and emotion that involve a certain inflexibility and difficulty in managing day-to-day situations, especially stressful ones. Furthermore, according to the author, they promote vicious circles at the level of functioning.

It’s worth clarifying that these subtypes aren’t mutually exclusive. In fact, it’s usually quite normal for a person with a psychopathic disorder to share several of them. Let’s have a closer look.

We can associate this type of psychopathic personality with narcissistic traits. They’re people who tend to stay successfully outside legal boundaries and are indifferent to the welfare of others. Hence, they don’t experience remorse when they manipulate or exploit the people around them.

They exhibit an arrogant sense of self-worth, a phony, dishonest social style, and often don’t submit themselves to treatment. In addition, they’re often the ones who set the pace in relationships, so that, once they get the benefit they want, they end them.

This subtype has a sociable and pleasant appearance which, deep down, hides impulsive tendencies, aggressiveness, and a lack of confidence. They’re also deeply resentful and show bad temper towards family members and people close to them.

They often seek persistent attention and experiences that give them a certain rush. In addition, they often display seductive behavior and maintain superficial and fluctuating relationships.

Within the subtypes of the psychopathic personality, we also find the risk-taker. This type is often involved in risky situations. They do it to feel alive and motivated, rather than to gain advantages or prestige.

According to Theodore Millon, many of them respond thoughtlessly and impulsively. They’re reckless and insensitive to situations where others would feel in danger or afraid. We can also describe them as antisocial and histrionic.

Greedy psychopaths feel that life hasn’t given them what they deserve and has stripped them of their rights. They believe that others have been given more than they have, and that they’ve never had a good chance at life.

These people’s motivation is a desire to make up for all that they’ve been deprived of. Through criminal acts, they seek compensation for the emptiness of their lives. In addition, they don’t care about the transgressions they commit against society.

Another subtype of the psychopathic personality is the weak psychopath. This is a deeply insecure, even cowardly, profile. The fact that these people harm others shows a paradoxical response to feeling frightened and in danger.

Thus, they try to show that they’re not distressed or weak, nor will they give in to external pressures or threats. However, they do also have certain dependent and avoidant traits.

This kind of psychopath could be the opposite of the weak kind. They’re distinguished by sudden and unforeseen outbursts of hostility. They also take out their uncontrollable rage and attacks on others, including members of their own families.

The explosive psychopath erupts suddenly and precipitously, and there’s no time to anticipate and contain it. They feel frustrated and threatened, thus responding in a volatile and harmful way. Just as when they were children, their outbursts are instant reactions to face their frustrations and fears.

The harsh psychopath shows their rejection in a confrontational manner. Everything and everyone is a reason for them to fight. With them, there’s always a good excuse to vent their annoyance.

This psychopathic profile has ongoing differences with the others. They magnify even the smallest actions and live in a constant and bitter struggle with others. In addition, they have little remorse and awareness of the discomfort they cause others.

Another psychopathic subtype is the malevolent one. These people are particularly vindictive and hostile. Their impulses are discharged in malignant and destructive rebellion towards conventional social life.

By distrusting others and anticipating betrayal and punishment, they’ve acquired a cold cruelty and an intense desire to get revenge for alleged or actual mistreatment suffered in childhood. They adopt an attitude of resentment and a propensity to pick on and attack those they wish to destroy.

Along with the malevolent psychopath, the tyrannical is one the most threatening and cruel among the psychopathic subtypes. Both relate to others in an intimidating, threatening, and overwhelming way.

They’re often accusatory and abusive, and almost invariably destructive. Unlike the malevolent subtype, the tyrannical one is stimulated by resistance or weakness, which increases the force of the attack, rather than stopping or softening it.

The Psychopathy Checklist by Robert Hare
The psychopathy checklist or the PCL-R is used to assess the presence or absence of psychopathic traits in an individual. Read more »
Link copied!
Interesting Articles
Culture
The Importance of Getting a Good Night's Sleep

The Overton window is a political concept that describes how the public's opinion on a subject can be changed. It states that ideas that were previously considered preposterous can become accepted…