What we see in Emil Cioran's sayings is a sense of disillusionment which also contain a fine sense of humor. This thinker has been one of the few who invites us to reflect, whilst looking at everything against the flow. 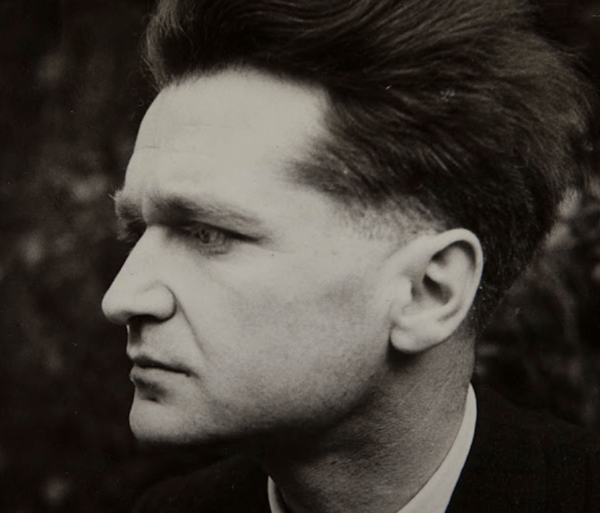 Many of Emil Cioran’s sayings leave us somewhat speechless. His crude realism – and unhidden pessimism – are like a bucket of cold water for the conscience. This Romanian philosopher didn’t beat around the bush but resolutely faced all the aspects he considered worthy of reflection. Thus, let’s take a closer look at the world of Emil Cioran.

It’s clear that this thinker’s purpose wasn’t exactly to raise our spirits. It’s clear from Emil Cioran’s sayings that his purpose was to provoke. He loved to go against the flow because this was also his way of ridiculing the banalities and inconsistencies of the world he lived in.

What one finds in Emil Cioran’s sayings is a profound disenchantment, which ends up being quite a challenge to an excessively light or romantic outlook on life. Discovering this thinker’s sayings may shock us, and especially those who are used to teachings on how to live a successful life. These are some of his most memorable quotes.

1. Some infidelities are never forgiven

This is one of many sayings from Emil Cioran that’s full of intelligent irony and common sense. It goes like this: “The last ones whose infidelity we forgive are those we have disappointed”.

It’s a sharp and profound statement. When someone doesn’t live up to their partner’s expectations, then they know that they’re the one who’s failing and not the other. Infidelity would then be a way to ratify that failure. Therefore, such infidelity is difficult to forgive: it’s a way of accepting that initial disappointment. A narcissistic wound that hurts deeply.

2. One of Emil Cioran’s sayings about age

A sense of humor is present in many of Emil Cioran’s sayings, but it’s a black and caustic humor. We can see it in this statement: “What I know at sixty, I already knew at twenty. Forty years of a long, a superfluous, labor of verification”.

He may be right. There are many truths in life that we discover very early on. However, sometimes young people aren’t entirely sure just what they’ve learned. They need to verify it continually, and this often simply brings them to the same conclusion time and time again.

3. His mission in life

Emil Cioran had no problem speaking out against what most people considered a productive, or successful, life. Nor was he interested in hiding the deep disappointment he felt about his existence. On the contrary, he was always digging deeper into that wound.

This saying of his says it all: “My mission is to kill time, and time’s to kill me in its turn. How comfortable one is among murderers”. Death and suicide were present in many of his works. He insisted that existence has no other meaning than to just use it up and consider it as something useless.

Most parts of society are convinced that the most important thing is to keep doing more and more. Standing still or being unproductive is seen almost as sin. However, so much “doing” has made us restless, and anxiety has invaded our lives.

Regarding these truths, Emil Cioran says: “We can be proud of what we have done, but we should be much more proud of what we haven’t done. This pride is about to be invented”. His approach is reasonable, as not doing things also creates consequences. And, in such a compulsive and automated world, these could be positive ones.

Cioran had a certain contempt for figures of power. As the iconoclast that he was, he gave his greatest credit to the heroism and great deeds of those who fought in the name of some ideological cause.

His position in this regard is perfectly clear in the following saying: “Who are the ones that rebel? Who are the people who take up arms? It’s rarely the slave, but almost always the oppressor turned slave”. In this way, he says that the oppressors are the rebels, ascribing them the same essence. In contrast, the slave always obeys.

Emil Cioran didn’t view human beings as a superior species or as being endowed with anything particularly memorable. On the contrary, on several occasions, he emphasized the wicked way in which human beings live and populate the Earth.

Part of that perspective is captured here: “Only that which is hidden is deep and true. That’s why vile feelings are so strong”. In other words, human beings hide their vile feelings and, because of this, when they do appear, those feelings are stronger than ever.

Although Cioran wasn’t happy and expressed this on countless occasions, he wasn’t a “sufferer” either. Rather than letting himself experience pain from life, or from the experiences he accumulated, what he did was uncover life’s inconsistency by the use of irony, adopting a style that was appreciated for its uniqueness.

That’s why it wasn’t unusual for him to be critical even of the subject of suffering itself. In this sense, he pointed out: “Suffering is the way to be active without doing anything”. In other words, the one who suffers lives in the middle of a storm, totally inactive, without even trying to implement any sort of coping strategy that could calm the storm.

There are many other really interesting sayings by Emil Cioran that we haven’t been able to include. Reading them, despite the somber tone Cioran used to deconstruct reality, is a true delight that acts as a stimulus for reflection.