7 Things We Can Learn From Introverts 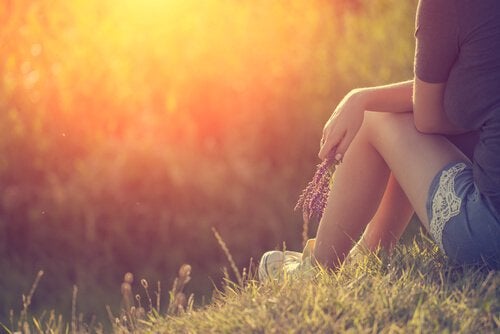 For a large part of his childhood, Albert Einstein was not exactly considered a brilliant student, but more of an introvert. However, with the passing of time and his work, he left us one of the most important scientific legacies of the 20th century: a theoretical development in the field of physics only within the grasp of the genius that we remember today.

There are many biographies that have been written about his life and they all agree on one point: he had a decidedly introverted personality. Just like Einstein, many people known for their creativity and intelligence are also said to have had introverted personalities, like Bill Gates or Gandhi.

“I’m an introvert… I love being by myself, love being outdoors, love taking a long walk with my dogs and looking at the trees, flowers, sky.”

Studies on introversion and extroversion

The first person to work with the concepts of introversion and extroversion was Carl Jung. In his book Psychologische Typen (Psychological Types), Jung speaks about two ways of acting that define each person: those behaviors focused on the outside, others, and society and those behaviors that are oriented towards the private sphere. These two ways of acting define two psychological types: extroversion and introversion.

Later, the German psychologist Hans Eysenck also studied the subject, but he adhered to the scientific method. Eysenck focused on the biological and genetic bases of the human being, which is to say, he focused on what is not learned through experience, but which is expressed through the way that we must adapt to our surroundings.

For that reason, Eysenck poses the relationship between introversion and extroversion as a dimension of the temperament present in everyone and which is defined by our physiology, excitement levels, or inhibition in the face of external stimuli.

What we can learn from an introvert

Harvard University performed a study to analyze possible characteristic patterns in the brains of people identified as introverts. In this investigation, it was found that introverted people have a larger quantity of gray matter and that it is also thicker in certain areas of the prefrontal cortex related to abstract thought and decision making.

This may be why introverts dedicate more time to abstract thought and are described as being less impulsive, more attentive to details, and more uncomfortable in situations in which there is no escape from social interaction or no option but to work in a team. Below, we are going to analyze some of the things that we can learn from introverted people.

Knowing how to enjoy solitude

An introvert knows how to be alone and takes advantage of that time to read, go to the movies, write, shop, travel, etc. They enjoy their time and everything that they like to do. They do not need anyone else to be around. That isolation also has a reason for being, because an introvert recharges their battery while they are alone.

“Why do people tend to avoid being alone? Because not everybody can enjoy their solitude.”

Knowing how to listen

When an introvert speaks, they do it once they have reflected and listened. An introvert prefers to remain quiet and be attentive to what others are saying to intervene later. Their behavior is not motivated by a fear of intervening in the conversation, but rather, they do not want to intervene until they are sure that they can add something valuable to the conversation.

Being analytical and reflective

An introvert makes decisions based on previous experiences through research, observation, and interpretation. They like to test, analyze, think, and they tend to be people who are rather prudent and not very impulsive.

A study performed by Cornell University (New York) came to the conclusion that introverted people display greater brain stimulation when they process visual information, which helps them detect the details that go unnoticed by other people.

Introverts also enjoy their relationships with other people, but in a different way than extroverts. An introvert prefers to be with people in one-on-one situations and to avoid large groups where they tend to opt for a secondary role, overwhelmed by the amount of stimulation

Introverts, although they sometimes seem cold and distant, tend to be rather sensitive. In fact, some of the most profound literary works describing feelings in the richest ways were written by very introverted people.

The reflection and introspection that characterize introverts make them more creative. They take advantage of their solitude to dedicate themselves to reflection. In this way they can achieve greater levels of concentration, which allows them to create new things or new solutions to problems.

“Creativity is intelligence having fun.”

The old saying goes: "As for tastes and colors, much has yet to be said." And that's certainly true when it comes to paraphilias,…

Psychology
Looking Out the Window: A Great Exercise in Reflection and Introspection

Looking out the window and letting your eyes get lost in the glass isn't a waste of time. Sometimes, when you're…