7 Maya Proverbs About Living in the Present

These Maya proverbs are evidence of the continued relevance of this ancient culture's wisdom. 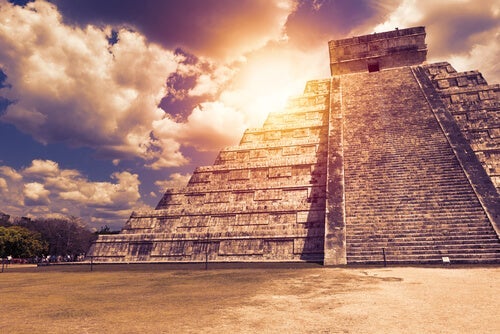 Humanity has always been a source of wisdom. In these ancient Maya proverbs, for example, you’ll find intelligence and insight.

You can’t judge a person, a race, or a civilization without first considering the context. It would be unfair to draw conclusions about the events and actions of the past by looking at them through a modern lens. After all, the surrounding environment has a huge impact on what people say and do.

Nevertheless, the more you study history, the easier it is to find small lessons in the form of proverbs, fables, and sayings that are still meaningful today. Humans change, but there are some unchanging elements of human nature. Consequently, these pearls of wisdom are more relevant than ever.

From an anthropological standpoint, you can’t say that the past was “better” than the present. We can, however, seek out these bits of advice that’ll help us live more fully in the present.

Many aspects of the Maya civilization remain a mystery. This thousand-year-old culture from Mexico stores much of its wisdom in proverbs. The way the ancient Mayans saw the world (and the way the Maya people continue to see it today) could be a good framework for the way we live our lives.

“Look at yourself in the mirror to see who you really are.”

This proverb is simple, powerful, and timeless. No matter how much time passes, you can look in a mirror to see yourself. If you’re merely looking at your physical appearance, that’s what you’ll see. If you look inward, however, you’ll find what’s hiding in your mind and your being.

“You can’t store corn in a basket with holes.”

This is fairly obvious logic, but people often ignore this truth or forget it. If your basket is full of holes, the corn and rice will fall through. If the truth is plain as day, why do you sometimes try the impossible when you know it won’t work?

Psychology has an explanation for this. People sometimes set themselves up for failure by taking on projects doomed to fail instead of potentially viable ones to avoid disappointment. It’s counterintuitive but very common.

Think about what you’re going to do

“Look first before you act so you don’t regret it later.”

This Maya proverb is as ancient as life itself. If you don’t want to regret your actions, think about what you’re going to do or say first. Analyze the potential consequences to you’ll avoid problems.

Everything has its own value

“You pay for cacao with cacao, money with money, and corn with corn.”

This Maya proverb reminds you that everything has a unique value. Some people want to deceive you by making you think something is more valuable than it really is, but each object is worth what it’s worth and costs what it costs.

When a person is talking and they won’t get to the point, they might be lying. The Maya people believed that when people said too much and talked in circles, they were hiding the truth.

Dedication to your work

“Be determined and spirited in your work.”

This is another classic idea that appears in proverbs and sayings from all over the world. Determination and motivation are key to reaching your goals and doing things well.

“Before you criticize someone else, take a look at your own tail.”

This is reminiscent of the saying about the pot calling the kettle black. In other words, before you criticize what other people are saying and doing, take a good hard look at your own behavior. Maybe you’re actually worse off than the person you’re passing judgment on. Another similar saying in English is “Let he who is without sin cast the first stone”. We all have flaws and we all make mistakes. Refraining from judging others is timeless advice shared by nearly every culture in the world.

These are just seven of countless Maya proverbs that express the wisdom and beauty of this Mesoamerican culture. The Maya people were and continue to be experts at self-reflection and their wisdom lays the groundwork for the path to living a good and righteous life.

Beautiful Persian Proverbs About Love
There aren't many Persian proverbs about love. Most proverbs are focused more on the existential. Read beautiful proverbs about this complex emotion here! Read more »
Link copied!
Interesting Articles
Stories and Reflections
Seven Quotes about Death to Make You Love Life

Epictetus was a Greek philosopher, but he spent a huge part of his life as a Roman slave. We don't know…