5 Films That Will Leave You Thinking for Days 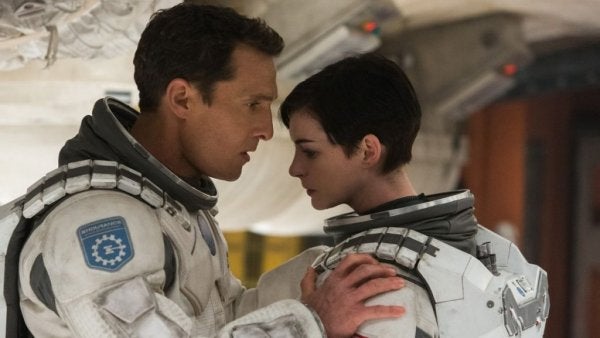 Movies are able to make us feel a lot of emotions. They make us cry out of happiness or sadness, laugh, and inspire us. However, most of the time, we only watch movies out of boredom. If we really took advantage of their power, they could become our best allies if we want to develop our potential to its maximum level and improve our thinking skills.

In this article, we show you 5 movies that will leave you thinking and reflecting for days. Next time you’re in the mood for an inspiring or motivational movie, any of these will make the cut. Make sure you watch them with an open mind so you can really appreciate their messages.

1) Eternal Sunshine of the Spotless Mind

What would happen if you could completely erase someone from your memory? Who hasn’t thought about how better their life would be if they didn’t remember an ex? That is what this movie is all about. In this movie, the main character decides to erase all the memories he has of his ex-girlfriend in order to stop missing her.

However, as it often happens in real life, things aren’t as easy for Jim Carrey’s character. After casually running into her (without remembering her), they start to build a new love story that will leave you thinking for days.

Phil Connors is a TV host from a local television channel who has to cover the events of Groundhog Day. However, due to unknown motives, he seems to get stuck in time, leading him to relive the same day over and over again.

In the beginning, he starts to feel all kinds of negative emotions such as sadness and fear. But little by little, he starts realizing that he has to take advantage of the situation and make it worthwhile; so he starts changing some of his actions to enjoy Groundhog Day as much as possible.

This movie can make us realize the impact that our small, day-to-day decisions have on our lives. In the end, our actions and thoughts determine the kind of life we’re going to live.

This movie helps us reflect on subjects such as friendship, family, and loneliness. It also shows how responsible we are for the planet we live in, conquering the space and the future of humanity. All the events in this film take place at such a hectic pace that you won’t want to look away not even for a minute.

Generally, book-to-film adaptations aren’t as successful as their source materials. However, the cinematographic version of Alan Moore’s graphic novel has become a mass phenomenon. In fact, the ideas found in this work of art have given place to a whole social movement in real life.

The movie follows V’s footsteps. V is a mysterious character who wants to end the oppression of the tyrannical government of Great Britain. In this dystopian world, the country is submerged in a tyranny and the main character wants to recover the citizens’ freedom at any cost.

V for Vendetta is, undoubtedly, one of the best movies out there to reflect on. After watching it, it’s pretty much impossible not to think of things such as freedom, sacrifice, values, and the government’s control. This film has definitely become a classic.

In this last movie on our list, you can find one of the most-repeated quotes of all times: “We buy things we don’t need with money we don’t have to impress people we don’t like”. That is the main subject of this film: breaking society’s expectations and choosing to do what we really want.

However, instead of showing all of this in a positive way, Fight Club decides to do so through a dark perspective. Nothing’s out of reach. There’s a lot of violence, death, and madness throughout the whole film.

This list isn’t 100% complete. There are many other films that, after watching them, will leave you thinking about several subjects for hours or even days. However, these movies are a good place to start.

11 Inspiring Movies That Will Make You Want to Be a Better Person
Here are 11 movies that will inspire you to be a better person, movies based on true events or made up, but all of them real classics of inspirational film. Read more »
Link copied!
Interesting Articles
Cinema, Television, and Psychology
River Phoenix: A Truly Rebellious James Dean