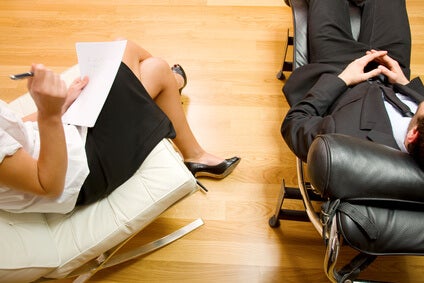 “I don’t believe in psychology.” This is one of the criticisms that those who work in the field hear the most, as if it were a matter of faith instead of science. But curiously, it also tends to come from people who’ve never been to a psychologist.

What, then, do they base this statement on if they don’t know any psychologists? Well, obviously on the myths that surround psychology. But not everything they say is true. Psychologists aren’t just talkers who dazzle us with nice words and phrases. Rather, there’s a whole branch of science behind it.

Psychology is a branch of science that studies human behavior and its relationship with thought, emotional, and learning processes. Yes, it’s a branch of science, because among many other things, it utilizes the scientific method to make discoveries and find results.

Psychology is a health science, but that’s not all. It’s also a part of other important fields, including sociology, business, marketing, and education. But these fields aren’t as undervalued because all the myths regarding psychology involve the health aspect. Here are a few of them:

Myth 1. Psychology is a “soft science” for mental health

This is a lie that comes from a lack of knowledge of the function of psychology in the mental health field. But don’t just take it from me – the World Health Organization recommends psychological treatment for every kind of mental illness, including the most serious ones like schizophrenia.

This is because the best treatment for disorders like schizophrenia, bipolar disorder, and major depression is a combination of both pharmacological treatment and psychotherapy. Many different international action protocols say the same thing.

In children and adolescents, psychotherapy is recommended above all other treatments. This is because medications have a lot of side effects that can be very harmful to their developing brains.

But if mental illnesses are caused by a poorly functioning brain, or in other words, a biological cause, how can psychologists help? Because human beings are more than just biology, as are mental illnesses. You can see this very clearly when you look at specific disorders, like depression.

People with major depression have been found to have low levels of a neurotransmitter called serotonin, among other indicators. Medications like SSRIs  (selective serotonin reuptake inhibitors) can increase these levels and improve symptoms, but similar results have also been found with cognitive behavioral therapy.

Myth 2. When you go to a psychologist, you have to lay on a couch

This one is my favorite. The couch comes from conflating psychology with Freudian psychoanalysis. It’s ridiculous because even modern psychoanalysis doesn’t follow Freud’s theories to the letter, because the field has evolved. Don’t forget, Freudian theory dates back to the beginning of the 20th century.

To give you an idea, at the start of the 20th century, bloodletting was used as a treatment for the flu. That is, they took a lot of blood out of the body because they thought that would get rid of the virus. This method had its logic, if not scientific backing, because it was known that harmful particles traveled through the blood. But what they didn’t know was that defensive cells do, too.

Psychology has gone through the same thing. For example, the introduction of the term “unconscious” was one of the most important applications of Freudian theory, while other terms of his were more of a product of the culture at the time than a true reflection of human psychology.

And the same thing has happened with the couch. Its use is optional, and there isn’t usually one in psychologists’ offices. This is because the role of the patient in therapy has changed; they’re no longer considered to be a passive subject who does nothing but talk about their problems.

Meditation and Other Non-Pharmacological Therapies

Myth 3. Psychologists tell you what to do

If you’ve ever gone to a psychologist and they’ve told you exactly what to do, then you went to a bad psychologist. They’re supposed to help people solve problems and choose which path to take by amplifying the person’s point of view. They can even suggest other options, but they should never tell you what to do with your life.

The answers to a patient’s problems can only be found within themselves. Psychologists can guide them along the way, but they can’t take their steps for them. With serious mental illnesses, they teach people skills to improve their daily lives, but they don’t direct the course of their lives.

Myth 4. Going to a psychologist is a waste of money, you just need time to get over it

Time simply gives the patient the means to situate themselves, integrate events into a narrative, accept what happened, and find hope that they might not have had before they entered the psychologist’s office. Especially if they didn’t go voluntarily, or if they were motivated to go by someone else more than themselves.

“Stop psychoanalyzing me!” Every psychologist hears this when they tell someone what they do. This is the most common misconception you hear about psychologists, along with the idea that they can read minds. I don’t know about you, but if I could read minds, I wouldn’t exactly read yours. Maybe I’d read the mind of a witness that the police think is lying, but on a Saturday night at the club, that would be the last thing on my list.

Practicing psychotherapy isn’t as simple as just listening to someone. It requires extensive, constant training that extends throughout the psychologist’s entire life. You also have to be in the right mindset because it’s a mentally strenuous activity, not something people do over a beer.

It’s a young science, and like all young things, it’s imprudent in some ways, but that doesn’t mean its usefulness should be discredited, especially because its the best thing we have to diagnose and evaluate mental illnesses.

Seeing a Psychologist Doesn’t Make You Crazy
I go to a psychologist and I'm not crazy. Besides, crazy is a discrediting figurative label that should never be used to refer to people with mental Read more »
Link copied!
Interesting Articles
Psychology
Giving and Receiving: The Principle Of Reciprocity

Psychology
Why Do We Pass Judgment?

When someone judges your path, lend them your shoes. This common phrase is a great reminder. We have all been judged at some point. We've all been the subject of an opinion…

Psychology
Does Superstition Improve Our Chances of Survival?

Superstition is actually just a side effect of our ability to learn. Any living thing that's able to make connections between…