4 Interpretations of Women in Film that Will Leave an Impression 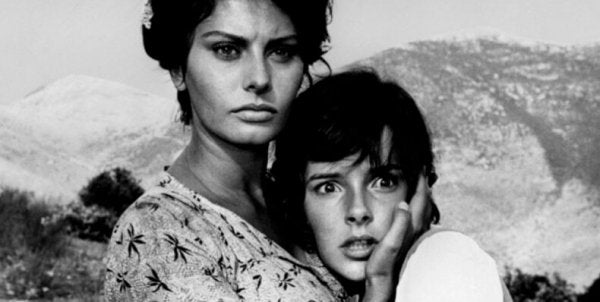 When we find ourselves debating which movie to watch, we don’t usually decide based on which gender predominates. Rather, the decisive factor is more often the genre.

Outside of mainstream commercial films, we find female characters we can grow and empathize with, and really enjoy. We’ve gathered up an interesting list of unique — some, shocking — examples of women in film for you to check out.

The famous Italian neorealist returns to give us this immense piece with excellent performances and a story based on real events that will put your hair on end. It is based on a book by Alberto Moravia, who in 1943 settled in southern Italy. There he experienced firsthand the barbarities of what was supposed to be the Allies liberating people from the atrocities of Nazism.

It was one of the most shameful and sadistic actions in military history. General Alphonse Juin gave the order to his French troops, known as “the Goumiers“, to take and do whatever they wanted in territories recovered by the Allies.

Understanding this order as a gift, they performed acts as cruel as they are unimaginable. Many Italian women became victim to these atrocities. For the big screen, Vittorio de Sica decided Sophia Loren would be the perfect actress to give life to the character and show the world the truth.

This German cult film and outstanding story about heroin addition, based on the autobiographical story of Vera Christiane Felscherinow. Vera continues to be of great interest in Germany.

The protagonist of the film is a very young actress, Natja Brunckhorst. She very convincingly plays the role of a 13-year-old-girl. Christiane only cares about the music of David Bowie, her sister, and traveling ever more to the fashionable city of Berlin to visit a boy she likes.

This story transports viewers from youthful innocence to the most brutal use of heroin and shows the power it has to shatter the lives of an entire generation of young people. Interestingly David Bowie loved the novel so much that he acted in the film, a special finishing touch.

Letter from an Unknown Woman, by Max Ophuls

We’ve covered a diverse array of movies in this list of women in film. Next, we present a movie from the golden age of Hollywood — one of the best. It speaks of the most platonic and idealized love, without at any time falling into nauseating sappiness.

The actress Joan Fontaine is splendid. Her character, Lisa, is authentic and dreamy and Joan expertly portrays a character lost in a brief but powerful romance, acting out the love of a lifetime.

Fontaine embodies a woman with personality. A woman who does not believe she deserves the love she receives, but nevertheless does not degrade herself. Instead, she tries to progress as an independent woman.

Lastly, we have Monster, a film that tells the story of Aileen Wuornos, an American serial killer. An unrecognizable Charlize Theron plays Aileen. It’s some of the best acting in all of history, leaving the public and critics speechless.

Aileen Lee is a prostitute and her life is marked by a series of events that have undermined her self-esteem. Her mother is raped by a friend of her father. Then at age 15, her parents abandon her with the hope that someone good will take pity on her and love her.

The only thing that has been criticized about this film is its unpleasant aspect, accentuated by such difficult childhood situations. Aileen neglects her physical appearance. She becomes an alcoholic and prostitutes herself, allowing many of her clients to denigrate and insult her.

One night she meets Selby, played by Christina Ricci, a young lesbian who spends a season at her aunt and uncle’s house in the town where Aileen lives. Then, that night a love story begins, with confusion about their own feelings.

They say that everyone deserves a chance, but in this world there are true monsters of the heart that drive the most vulnerable souls to revenge. It’s unpredictable, exciting, and an eye-opener to how the circumstances of life inevitably mark our character.

7 Qualities of Successful Women
We can't deny there are many successful women in history. We can find this type of women in every area of life, and they inspire us with their actions. Read more »
Link copied!
Interesting Articles
Cinema, Television, and Psychology
Insomnia the Film: Those Inner Demons That Don't Let You Sleep