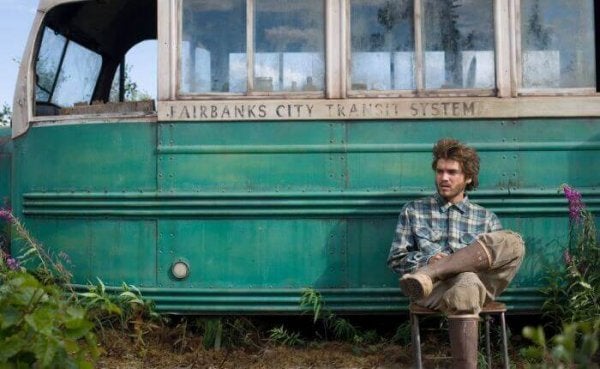 Who doesn’t like spending some time watching TV shows or movies? Watching people portray characters and act out different stories on the big screen is a very common hobby. However, at the end of the day, the most important thing isn’t the act of watching but what we’re actually watching on the screen.

Depending on what you watch or how analytical you are, you’ll be able to reflect and pay attention to the teachings in every movie. This is what we want to show you through this list of movies for self-discovery.

A good movie is able to motivate us, inspire us, and encourage us to change. These next films might be useful for you and your personal growth and self-discovery. Consider watching them during your next movie marathon!

Jim Carrey is an actor who’s famous for always interpreting funny and shallow characters. In this movie, he plays the main character. His character’s name is Carl. He feels depressed because he doesn’t like his life. He seems to be stuck at work, his wife left him for another man, and he’s always home alone watching TV.

One day, he decides to go to a workshop on personal growth and everything changes from there on out. He makes a “pact with the Universe” that forces him to say yes to any opportunity. That’s when his life takes a 180-degree turn.

Yes Man is the first movie on our list because it reminds us of the importance of taking risks. It’s very easy to feel empathy towards Carl due to the situation he’s in. We see how this extremist position leads him to different challenges and adventures he never would have faced otherwise.

The Secret Life of Walter Mitty

Walter is a common man no one looks at twice. His life is quite boring. He likes his job but it’s not very exciting for him. To avoid getting bored, he fantasizes about situations where he’s the hero. However, these fantasies stay in his imagination. They never happen in real life.

Suddenly, a work problem makes him take a risk. He decides to take an incredible trip to remote places around the world in order to save the magazine he works at. Although he used to be a frustrated man, he ends up traveling to many countries and facing all kinds of difficulties. During this process, he gains self-confidence and comes back a whole new person.

The Secret Life of Walter Mitty is a very good film that makes you reflect on your life. The way the main character feels tends to hit close to home. Who doesn’t daydream about living all kinds of adventures? Through his trips and the amazing landscapes shown in the movie, it’s pretty much impossible not to feel the need to change our own story.

We’re finishing off our list of movies for self-discovery with probably one of the most inspiring films out there. Into the Wild tells the story of Christopher McCandless, a young man with a privileged life. His parents pressured him to graduate from a prestigious university. After graduating, he realized that the life he had wasn’t the life he wanted to live.

With only a backpack and some money he had saved up, the man embarks on an epic journey that he hopes will take him to the uninhabited wilderness of Alaska. During this journey, he meets all kinds of people and experiences situations that will help him grow as a person and discover who he really is.

Into the Wild has become a cult movie for people of all ages. It portrays McCandless’ journey so amazingly that it’s capable of generating an infinity of sensations. This movie is all about attacking the indifference and conformism that keep people from making changes in their lives.