18 Musical Movies for all Tastes

Musical movies have been with us since childhood. Today, we're going to bring you a small but comprehensive selection that will take you chronologically through some of the most representative titles of the genre. 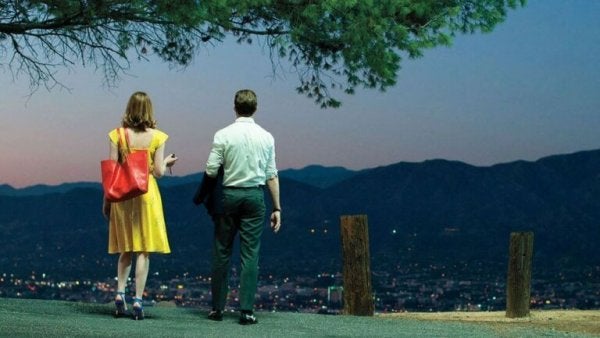 Musical theater originated at the end of the 19th century and has since adapted to modern times. Nowadays, there are still many musicals that we can enjoy in a theater, but a good number of them have also reached movie screens. Welcome to our top 18 musical movies!

In this article, we’re going to bring you a small but comprehensive selection of musical movies from the last 80 years or so. The fusion of music and cinema is always a great one, and it can be a good formula to sweeten up our more bitter days.

Of course, we’re sure that some of your favorites will be missing from our list but, in turn, you’ll find others that will arouse your curiosity. There are a variety of tastes here and, in this small sample, you’re sure to find some for yours!

The people of those times were used to seeing the real world in black and white. Thus, how amazing it must have been for them to find a fantastic world of color opening up before their eyes!

The film that turned Judy Garland into a legend is a big part of cinema history, and, without a doubt, an epic as far as musical movies are concerned.

Its immortal song, Somewhere Over the Rainbow, and fantastic story have remained engraved in our memory forever. UNESCO included it in its Memory of the World Register.

The film was a metafiction of the cinematic art of the first half of the century. Gene Kelly’s unforgettable dance in the rain has been imitated and parodied ad nauseam and even used violently in Stanley Kubrick’s Clockwork Orange.

West Side Story is another classic. The story needs hardly any introduction, as it’s a modern-day version of Romeo and Juliet.

The setting, instead of in old town Verona, is the streets of New York. The rivals? A clan of Puerto Rican origin, the Sharks, and the Jets, of European origin.

We certainly couldn’t leave out this children’s classic from our list of the best musical movies. It’s a film that, despite its age, continues to conquer generation after generation.

It’s the Disney film with the highest number of Oscar nominations (13 in total). It ended up winning five of them! The film, starring Julie Andrews and Dick Van Dyke, combined real images with animation, something truly incredible for its time.

The film was, for quite some time, a cult film and introduced us to a very young Catherine Deneuve, even though her voice was dubbed by French singer Danielle Licari.

The Umbrellas of Cherbourg is a romantic drama in which social differences wreak havoc on the relationship between the main characters.

We now leave behind the 1960s and reach a particularly prolific decade of musical movies. In a Ukrainian village, the milkman Tevye tries to get his daughters married to good men who can guarantee his family’s economic stability.

The film reflects a somewhat turbulent period full of change, in which the Jewish diaspora is trying to survive in the time of the Tsars. It’s particularly interesting how it manages to break through the fourth wall (the barrier between the actors and the audience) and make a special connection with the viewer.

As we pointed out, the change of decade gave us some of the most emblematic musicals to date. It’s impossible not to remember the energetic and tireless Liza Minnelli who played the character of Sally Bowles.

If Judy Garland became an icon thanks to a musical, then her daughter, Liza, was destined to do the same with Cabaret. In 1930s Berlin, nightlife centers around a venue known as the Kit Kat Klub.

Sally, a young American, is the star of the show. Irreverent, vulgar, and yet sophisticated at the same time, she steals the show in Cabaret. Years later, in 1979, Fosse surprised audiences again with a bizarre musical by the name of All that Jazz.

Speaking of irreverent characters, the eccentric Frank-N-Furter couldn’t be missing from our list of musical movies. A cult musical par excellence, The Rocky Horror Picture Show, created by Richard O’Brien and adapted by Sharman, survived in the shadows, outside the canons and standards of its time.

Interestingly, the audience began to react in an unusual way to it, and they started to dress up when they went to see it, and even interacted with the film during its screenings. It’s become a bit of a myth, a film that broke stereotypes and spoke of sexual freedom in an amazing way that continues to captivate followers in every part of the world.

Without a doubt, Grease is one of the best-known musicals of all time. The film that catapulted Olivia Newton-John and John Travolta to fame had already experimented using the same genre with the film Saturday Night Fever (John Badham, 1977).

However, as iconic and catchy as it still is, the truth is that some of its magic has faded over time.

We close the decade of the 70s with a musical that couldn’t have been more representative of its time. The hippie movement, the Vietnam war, and rock music all combine to make the musical Hair.

It was the adaptation of a musical created ten years earlier and which had already had considerable success on Broadway. Love in the face of war could sum up this musical.

The origin of this iconic film was on the television program Saturday Night Live. On one of the shows, John Belushi and Dan Aykroyd performed a small musical sketch with comic overtones that was called The Blues Brothers.

This song grew in popularity and would eventually give rise to a full musical and make its way to the big screen. The rest is history, and its unforgettable soundtrack has remained engraved in our memories ever since.

This Monty Python musical has been somewhat overshadowed by the overwhelming success of The Life of Brian (1979).

However, the film, besides entertaining us with its unusual sense of humor, invites us to ask ourselves philosophical questions amid all the humor. What’s the meaning of life? Amid the comical and the absurd, the Monty Python team tries to answer these questions in this peculiar musical.

John Waters taught us to love trash, find beauty in the ugly, and let ourselves be fascinated by bad taste. His musical Cry Baby is a true parody. The movie introduces us to a young man capable of driving the girls in his high school crazy with the shedding of just a single tear.

With a cast that included names like Johnny Depp and Iggy Pop, Cry Baby is a funny, and even grotesque, movie that makes fun of stereotypical teen musicals like the one we mentioned above, Grease.

No, despite what you might think, this movie wasn’t directed by Tim Burton. In fact, he was the producer. Its main character and the script in general came from an original idea that Burton developed in the form of a poem.

We couldn’t compile this list without leaving a small space for animated movies. It’s a genre that has spawned an infinite number of musicals, but perhaps one of the most unforgettable is, indeed, The Nightmare Before Christmas.

16. The Adventures of Priscilla, Queen of the Desert, Stephan Elliott (1994)

If The Rocky Horror Picture Show drove us all crazy in the 70s and 80s with its revolutionary content, then Priscilla was destined to do the same in the 90s. It was funny, iconic, and had a soundtrack that perfectly represented its times. However, at the same time, it talked about a strong theme: humanity.

It introduced us to some drag queens whose personal stories touched the audience, and showed, apart from the colorful world of drag, a dramatic theme that would denounce homophobia.

Moulin Rouge came at a time when musical cinema didn’t seem to be having too much success. The film, starring Nicole Kidman and Ewan McGregor, is one of the most popular movies of the last few decades, even though critics didn’t give it an entirely positive reception.

Anachronisms and aesthetic excesses made it a rather atypical musical film. It seemed to create a genre of its own that appealed to the public, but not so much to the critics. Be that as it may, Moulin Rouge was a success, and it brought back the joy of musicals to the public.

In the last decade, the public seems to have rediscovered its love of musicals. An example is La La Land, which, in 2016, made a lot of money at the box office. This genre, which seemed so old-fashioned, now, at last, seems to be living out a second golden age.

We’ve seen the idea and story of this film on more than one occasion, and it’s similar, in many ways, to other titles on our list. This was a necessary movie for its time, and it was highly successful.

There are probably many titles missing from this list and the genre is extraordinarily prolific. It’s difficult to make a selection and taste is something that’s totally subjective. However, we hope that you’ve enjoyed this small selection and that it’s given you a desire to rediscover some of these films (or discover them for the first time) and to dance to the rhythm of their music.

“Without music, life would be a mistake.”

Watching Movies for Your Mental Health: Cinematherapy
Have you ever approached a situation differently as the result of a film? Start watching movies for your mental health! It'll help a lot! Read more »
Link copied!
Interesting Articles
Cinema, Television, and Psychology
Up: It's Never Too Late to Fulfill Our Life Goals