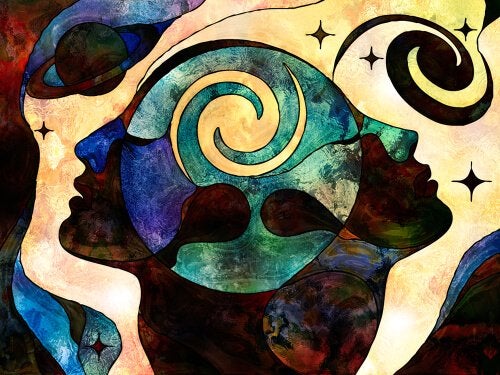 These Aldous Huxley quotes are an invitation to a deeper reflection. They question not only our lifestyle but also society’s values. They’re ingenious, critical, and sometimes cynical and connect with the readers. These quotes provide insight to help readers question their perspective of the world.

Aldous Huxley (1894 – 1963) was a British writer and philosopher. In his youth, he contracted a disease that left him virtually blind, which is why he delayed his university studies at Oxford. However, once he overcame his illness, he finished his English literature studies. Afterward, he devoted himself to traveling across Europe as an art and literary critic.

At the age of twenty-two, he published his first literary work, The Burning Wheel (1916), a collection of poems. However, it wasn’t until 1932 that Huxley wrote one of his most famous works, Brave New World. This work of fiction is futuristic, pessimistic, and visionary. It’s about a caste society in which soma, a drug, plays an important role.

Over the years, Aldous Huxley became interested in mysticism and spirituality. In 1945, he published The Perennial Philosophy, where he documented the writings of spiritual masters from different religions such as Christianity, Hinduism, and Buddhism. His goal was to discover the common denominator that all religious and spiritual beliefs throughout history shared.

Many consider Aldous Huxley the spokesperson of the intellectuals of the first half of the twentieth century. In this article, we leave you a small selection of the best Aldous Huxley quotes. Use them to reflect on life, society, and the power of getting to know yourself better.

The trap of fear

“Love casts out fear; but conversely fear casts out love. And not only love. Fear also casts out intelligence, casts out goodness, casts out all thought of beauty and truth. What remains in the bum or studiedly jocular desperation of one who is aware of the obscene.”

This is one of Aldous Huxley’s most interesting quotes. In it, he says that we should keep fear present in our minds. Love is the most powerful feeling we can experience. It can fill us, protect us, and even make us evolve. However, fear is the other side of the coin.

Fear limits us and feeds us lies while blocking our path to personal growth. Disguised, it’s capable of leading us away from everything that’s good for us. Furthermore, it imprisons us in doubt and despair.

A life full of fear is a life full of insecurity and, in a sense, self-depreciation. Fear is a monster that tells us we’re not good enough. It also tells us that we’re small and insignificant. Therefore, the best weapon we can use to fight fear is love, that feeling that teaches us to value ourselves.

The importance of knowing what we want

We often think lightly about what we want to achieve. However, it’s really important to know where we are and where we’re going. Otherwise, we’ll only wander around lost without a fixed goal.

The dangers of technology

“The more complex technology becomes, the greater the need to create an organization capable of keeping it under control.”

This Aldous Huxley quote is much more valuable today than when he first wrote it in 1930.

Technology, despite helping us progress, also implies a series of risks. Huxley argued that to avoid a lack of control, rebellion, and individualism, large organizations needed to establish control mechanisms. In fact, one of his greatest worries was the rise of a technological dictatorship that would end up sedating individuals.

The link between intelligence and loneliness

“The more powerful and original a mind, the more it will incline towards the religion of solitude.”

An insightful mind that’s also curious and passionate about reflecting needs to nurture itself with a dose of solitude. The lonely silence that helps people connect and discover themselves while deciphering and observing the world is something the greatest minds really value. Thus, the greatest minds enjoy meditating.

The pain of knowing oneself

“If most of us remain ignorant of ourselves, it is because self-knowledge is painful and we prefer the pleasures of illusion.”

This Aldous Huxley quote stands out because it’s all about self-knowledge. Knowing ourselves not only involves being aware of what comforts us but also being aware of our shadows. This requires a lot of courage. Not everyone is brave enough to face themselves. This is why many choose to distract themselves through illusions.

“There is only one corner of the universe you can be certain of improving, and that’s your own self.”

Avoiding contact with ourselves will lead to stagnation and immobility. How are we supposed to improve if we don’t know ourselves? How can we help society evolve if we avoid looking inward? The problem is that we’ll keep lying to ourselves if we do that. Furthermore, we’ll continue to complain and tend to blame others for our problems and the difficulties we face.

The menace of change

“We don’t want to change. Every change is a menace to stability.”

Change is a menace because it involves facing the abyss of the unknown and the precipice of uncertainty. When we change, we abandon old habits and embrace the opportunity of incorporating new ones. The problem is that we’re reluctant to welcoming new things into our lives because we consider them enemies that destabilize us. That’s why so many goals remain unaccomplished.

There are two types of changes. First, there are imperceptible changes. Then, there are revolutionary changes. The latter changes are more valuable and are directly related to transformative changes that come from the inside.

“This really revolutionary revolution is to be achieved, not in the external world, but in the souls and flesh of human beings.”

The importance of our attitude

You should keep this Aldous Huxley quote in mind whenever there are obstacles that threaten to knock you out. The important thing isn’t what happens to you, but how you face it. Your attitude is the only thing that matters.

The difficulty of practice

“Knowledge is a matter that can be considered relatively easy. To want and to be able to act according to what one wants, is a matter more difficult.”

Having knowledge doesn’t mean we know how to act accordingly. Often, there’s a great difference between theory and practice. However, that doesn’t mean knowledge isn’t valuable.

How many times have we believed that we knew how to react to a certain situation but ended up only lost and desperate? The power of circumstances is amazing. Therefore, if you want to put all the things you’ve learned into practice, reading and reflecting aren’t enough. The key is executing and reacting, thus taking all knowledge to a higher level.

The limits of words: Another amazing Aldous Huxley quote

“We must learn how to handle words effectively; but at the same time we must preserve and, if necessary, intensify our ability to look at the world directly and not through that half opaque medium of concepts, which distorts every given fact into the all too familiar likeness of some generic label or explanatory abstraction.”

This quote really invites us to reflect. Language is a powerful tool to communicate, but it has its limitations. Sometimes words can’t contain the uncontainable. Words often lead to misunderstandings and conflicts because everything is subjective.

As you can see, Aldous Huxley’s quotes are valuable and help us reflect on how we live and where we’re going. They’re full of wisdom and challenge our intellect.