10 Strategies of Media Control According to Noam Chomsky 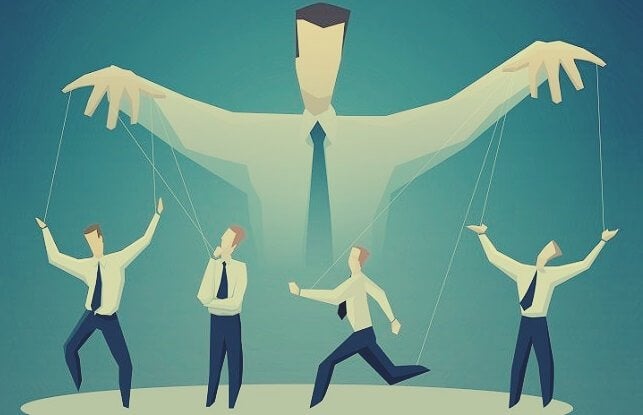 Noam Chomsky is one of the most highly respected intellectuals in the world. The New York Times said he’s the most important thinker of our current era. One of the major things he’s done is calling out and analyzing the different strategies of media control being used today in the world.

Noam Chomsky first got attention for his work as a linguist, but he’s also a philosopher and political scientist. He’s also become a major voice in the world of political activism. People share his writing all over the globe, and he’s always gaining new readers.

“How it is we have so much information, but know so little?”

Chomsky wrote an educational piece summarizing the strategies of media control. While his thoughts on it are deep and complex, he summed it up in simple, accessible terms with the aim of educating people.

According to Chomsky, the most common of all the strategies of media control is distraction. It basically involves shifting public attention to meaningless or irrelevant things. That’s how they keep our minds occupied.

They also overload people with information or emphasize sporting events, celebrities, and trivia. The aim is to make people lose sight of the real problems.

Sometimes the powers that be purposefully neglect, or at least don’t really address, certain realities. They make their citizens think it’s a problem that needs an outside solution. And they themselves put forth the solution.

This is one strategy of media control used with unpopular decisions. For example, they might intentionally portray a public industry to be worse than it is because they want to privatize it. The idea is to justify selling it off.

The goal here is to get the public to allow things that they wouldn’t normally accept. How? By introducing them very gradually so the people won’t even notice.

For example, it’s what has happened with the reduction in workers’ rights. In some societies they’ve implemented rules, or kinds of work, that make people eventually think it’s normal for a worker not to have any guarantees of social security.

This strategy makes citizens think that they’re taking steps that might be bad in the short-term, but could pay off for the whole society in the future. “The ends justify the means.”

The goal is for people to get used to the “bad” things and not reject them. How? To get them to think about how good it will be later on. When the time comes, the “normalization” effect has already done its job. The people don’t protest not getting what they were promised.

A lot of televised messages, especially in advertisements, talk to people like they’re children. They use very strategic expressions, words, and attitudes topped with a halo of innocence.

The point is to get through people’s defenses. It’s a form of media control that tries to kills people’s critical thinking abilities. Politicians use these tactics too, impersonating fatherly figures.

The puppet-masters don’t want to activate people’s thoughtful sides. They want to stir up emotions and reach people’s unconscious. That’s why so many of these messages are full of emotional content.

The point is to cause a kind of “short circuit” in rational thinking processes. They use emotions to capture the overall meaning of the message, but not the specifics. This is another way they kill people’s critical thinking abilities.

Keeping people ignorant is one of the main goals of those in charge. Ignorance means not giving people the tools they need to analyze things themselves. It means telling them the interesting parts, but never revealing the behind-the-scenes of what goes on.

Keeping people ignorant also means taking the focus away from education. It results in a huge gap between the quality of private and public education. They put quiet people’s thirst for knowledge and make intelligence unimportant.

Most trends and fashions don’t just come out of nowhere. There is almost always someone setting them in motion and promoting them. They do it to create homogenized tastes, interests, and opinions.

The media constantly promotes certain fashions and trends. Most of them have to do with frivolous, unnecessary, even ridiculous lifestyles. They convince people that acting this way is just what’s in style.

Another strategy of media control is making people think it’s them, and only them, to blame for their problems. Any bad thing that happens is entirely because of them. That’s how they get people to think their environment is perfect and if there’s anything wrong it’s their own fault.

Thus, people end up trying to fit into their environment and then feel guilty for not pulling it off perfectly. They misplace all the anger the system causes, endlessly blaming themselves instead.

10. Knowing people better than they know themselves

Over the last few decades, science has given us access to such knowledge about human biology and psychology. But this information still isn’t available to most people.

Only a tiny bit of information ever reaches the public. Meanwhile the elites have all this information and use it as they please. Once again we can see how ignorance makes it easier for the powers that be to control society.

The goal of these strategies of media control is to make the world into whatever the most powerful people want it to be. They block everyone’s critical thinking abilities and freedom. But it’s our responsibility to stop passively letting them control us. We must put up as much of a fight as we can.

Emotional Manipulation: A Common Tactic to Fix Internal Conflicts
Emotional manipulation is without a doubt, a type of behavior that is extremely harmful to the victim. What makes it so dangerous is that it is silent and difficult to detect. Read more »
Link copied! Next
Interesting Articles
Culture
Unconscious Decisions: Are They all Products of Our Reptilian Brain?

It's common knowledge that exercise has many physical and mental health benefits. In addition, physical exercise can help overcome many problems,…

Culture
The One Minute Rule: A Method to Fight Laziness

No one gives you anything in life. Luck does not exist, only effort and hard work. Our society has created…