WhatsApp: A Friend and Foe Application 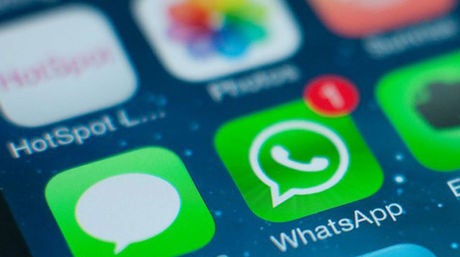 WhatsApp has turned into an application with growing influence all over the world. It has not only gone leaps and bounds beyond other messaging services, but it also welcomed in a new era of social relationships mediated by technology. Although in principle this is a significant contribution to facilitate communication, it has also given signs of being an instrument that creates risks of a different order.

According to a study conducted by the Global Web Index, which researched the use of WhatsApp in 34 countries, it is estimated that 40% of Internet users use this application. It was also discovered that its use is rising among people from the ages of 16 to 64 years old. The ten countries where it is used the most are, in order, South Africa, Malaysia, Mexico, India, Singapore, Spain, Argentina, Hong Kong, the United Arab Emirates, and Brazil.

“Social networks without goals are like a rocking chair: a lot of movement, but they do not take you anywhere.”

One of the decisive factors in the success of WhatsApp is the simplicity and functionality with which groups are created and managed. Although other applications also feature similar options, WhatsApp transformed group communication into a growing trend. Face-to-face contact is no longer the preferred method; everything is managed on a semiprivate, collective level.

Does WhatsApp cause problems?

WhatsApp causes problems, but as in all other fields of technology, the difficulty does not lie in the application itself, but in some people’s use of it. There is a concerning tendency in people to make their communication more and more electronic.

In other words, people are substituting direct contact with others with contact through some device. It started with the telegraph as a solution. Then came the telephone and later the Internet, which break all imaginable limits.

If you live in Lima and you need to communicate with someone who is in Beirut, these kinds of media are a blessing. Without them, it would be impossible to have real-time, low-cost communication like we do today.

The problem arises when we use these applications even to communicate with the people we live, work, or study with. People you could just as easily seek out and find to talk face-to-face. This gets worse as you progressively stop seeing almost everyone you know to, instead, have your eyes glued to your cell phone screen.

Particularly with WhatsApp and its groups, users experience a new need: to be connected all the time. To keep checking so that they know what so-and-so said and what the other person said back. The curious thing is that these conversations tend to be amazingly trivial, but even so, something inside us forces us to take part in them and not to lose track of what is going on.

What’s certain is that the disproportionate use of this technology can cause increasing problems with study, work, or interpersonal relationships. In particular, some people end up using WhatsApp to relieve or mask emotional discomfort, such as that felt due to loneliness, boredom, anger, anxiety, or shyness.

How to use WhatsApp rationally

Technology shouldn’t be demonized, but rather taken advantage of. These are irreversible changes that we as humans must put to good use instead of turning them into a new source of enslavement. This is why it is a matter of using them rationally and not turning them into a fetish or a taboo.

The first thing is knowing if your use of WhatsApp is problematic. The following signs may indicate that it is getting out of hand:

If you suspect that your relationship with WhatsApp goes beyond a simple pleasure or if this application is causing you problems, these are the recommended measures:

Culture
How to Increase Your Life Expectancy

Your life expectancy is the expectation, in relation to the number of years you've currently lived, that you expect to…