What Are Parasocial Relationships?

What are parasocial relationships? Why do they occur and what influence do they exert on us? Read this article to find out! 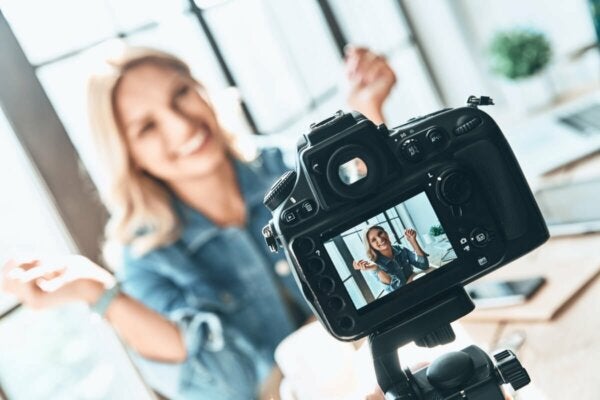 Many people have been wondering what parasocial relationships are all about. However, before answering this, please answer the following question. Have you ever wondered what effect the media has on your behavior? You may think it’s an odd question but it’s related to this type of relationship. Basically, parasocial relationships refer to a curious phenomenon that people develop with the people they “know” through social media.

This is a reality we all must face. There’s no denying that social media has the ability to (potentially, since it depends on different factors) influence people’s behaviors, thoughts, and actions.

In many cases, mass media likes to make individuals believe they’re being addressed in a personalized way. However, this isn’t real. The truth is that all audiences are nothing but a homogeneous mass of people. For example, think of spam emails. Although they’re sent to millions of people, they still get your name in there.

In this article, we’ll be talking about what parasocial relationships are, why they occur, the feelings associated with them, and how they influence our behavior. Keep reading!

Parasocial relationships: what are they exactly?

Parasocial relationships are those that individuals establish with famous people, celebrities, or social media influencers. In reality, these relationships can occur with any media character, be it real or fictional. Actually, this may happen with cartoon characters as well.

For you to see it a little more clearly, let’s do a little exercise. First, imagine that you meet a famous person in the supermarket, someone you relate to. Odds are you’ll reach out, ask for an autograph, and try to establish some kind of conversation. You’d kind of act as if you knew them from before when you actually don’t.

It’s possible to perceive that relationship as close and intimate when, in reality, you don’t really know that person; you only know what they decide to show on social media. In addition, experts confirm that it’s a non-reciprocal relationship, so this is nothing but a pseudo-bond.

Where does this term come from?

Authors Horton Donald and Richard Wohl spoke for the first time about parasocial relationships in 1956. Specifically, they defined the concept as “the unconscious creation of an intensely close relationship with a media person”.

Furthermore, these authors added that this type of relationship is one-sided (non-reciprocal in any way). According to them, and as Caro (2015) quoted, it refers to “the audience’s illusion of reciprocal interaction with media figures”.

A characteristic of parasocial relationships is that the individual feels very identified with the media person in question. As a result, this makes them perceive a real relationship with that person. Of course, they develop a strong empathy towards them. The opposite can also happen (feeling rejection or dislike towards that person).

What most characterizes these types of relationships is the feeling of really knowing someone just by seeing or following them on social media platforms. It’s quite a particular relationship because, in reality, it’s completely one-sided. This explains why we speak of a pseudo-bond.

On the other hand, according to communicator Ileana Caschi, parasocial relationships are a communicative phenomenon that makes us be aware of certain media content only because someone is talking about it. This situation arises from the fact that we believe we’re more than just a part of the audience. The brain has a lot to do this, actually, just stay tuned to find out in what way.

Who do people develop parasocial relationships with?

As you can see, this type of relationship develops with any famous person (it can even be fictional). It can happen with people who appear on television, radio, social networks, and even newspapers.

Additionally, this can happen with music artists, actors, athletes, presenters, politicians, and TV show hosts. Of course, this includes fictional characters, such as the protagonists of cartoons (this mostly happens in children).

How long do these relationships last?

There’s no concrete answer to this question, as parasocial relationships are indefinite. In all honesty, the time of duration depends on how long that media person is significant or important to the individual. It’s also related to how long that person is relevant in the media.

Why do these relationships develop?

In a way, the fact that parasocial relationships occur has to do with the unconscious. We’ll illustrate this with a simple example. When you see famous people on television (or hear them on the radio, watch them on YouTube, etc.), your mind unconsciously “believes” that all that content was created especially for you.

In other words, even if you know that you’re just a grain of sand among all the viewers of that show, your mind deceives you and makes you believe that the content is exclusive to you in a certain way. This explains why you may relate so much to a certain person or type of context.

The strategies of social media people

On the other hand, these people we’re talking about and with whom individuals develop parasocial relationships, are well-aware of the mechanisms that enhance these types of feelings. An example is the fact that they look at the camera and address their audience (all of us) in a direct way. YouTubers or TV show hosts tend to do this a lot.

In fact, the field of neuroscience establishes that the brain is programmed to interpret a direct look into the eyes as a sign that a person is paying attention.

In other words, perceiving them looking at you in the eye can make you feel that they’re speaking directly to you. As a result, your brain interprets that that person you admire so much knows you to a certain extent.

In short, everything we talked about, plus the feelings of empathy and attention that these people awaken through their verbal and non-verbal language, facilitates the appearance of parasocial relationships. It’s vital to mention that the person’s degree of credibility and their physical and intellectual attractiveness plays a role in this as well.

The Reflection of Our Lives on Social Media
Read more »
Link copied!
Interesting Articles
Psychology Today
Extimacy: When Intimate Information is Made Public