Today, we'd like to tell you about the work of Vilayanur Subramanian Ramachandran, a remarkable neuroscientist. 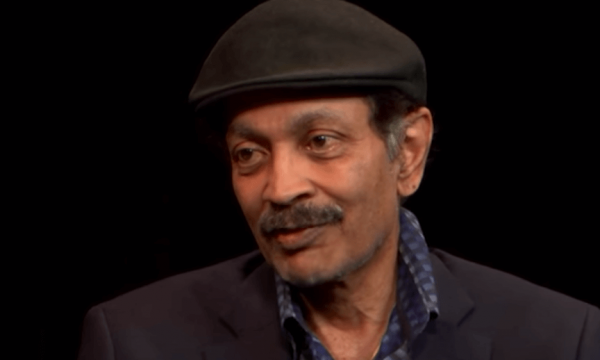 Today, we’d like to tell you about the life and work of Vilayanur Subramanian Ramachandran, a neuroscientist known for his research, knowledge, and contributions to the fields of behavioral neurology and visual psychophysics. He has authored many books that outline some of the most important neuroscience research in recent years.

Vilayanur Subramanian Ramachandran is a professor of Psychology and Neurosciences at the University of California, San Diego. Furthermore, his academic publications and books make him one of the main disseminators of information in the study of neuroscience. In fact, he obtained important professional recognition worldwide. He was even named one of the 100 most influential people on the 2011 Time 100 list.

His main contributions are related to mirror neurons, phantom limbs, synesthesia, the broken mirrors theory of autism, and sleep paralysis and help us understand human consciousness.

Vilayanur Subramanian Ramachandran was born in 1951 in Tamil Nadu, India. He’s the son of a United Nations engineer who worked as a diplomat in Bangkok, Thailand. Thus, his early education took place in British schools in both Madras, India and Bangkok.

After graduating in Medicine at the University of Madras in Chennai, India, he received a Ph.D. in experimental neuroscience from the University of Cambridge. Then, he spent the next two years at Caltech as a researcher alongside Jack Pettigrew.

He was appointed an assistant professor of psychology at the University of California in 1983, where he remains a tenured professor.

His first investigations revolved around human visual perception. Then, in the early 1990s, Ramachandran focused on neurological syndromes such as bodily integrity disorder, phantom limbs, and Capgras deception.

His discoveries inspired many new ideas about the functioning of the human brain, although he made relatively little use of complex technologies, such as neuroimaging, during his research.

He’s the director of a research group comprised of students and researchers at the University of California called the Center for Brain and Cognition (CBC). Moreover, this group has published many academic articles on a whole series of emerging neuroscientific theories.

The effect produced in patients who once lost a limb but continue to feel the missing limb is known as phantom limb.

Ramachandran theorized about this phenomenon and concluded that there’s a link between phantom limbs and neural plasticity in adult human brains.

His research showed that the human brain produces appreciable changes in the somatosensory cortex in the absence of a limb. Thus, his conclusions led him to defend the hypothesis that there’s a relationship between cortical reorganization and the sensation of continuing to feel a limb despite not having it.

The invention of the mirror box and the visual feedback of the mirror are attributed to V.S. Ramachandran. Consequently, professionals use mirror therapy as a treatment for phantom limb paralysis. In many cases, they’ve been able to restore movement through the mirror box. It also reduces the pain that comes from missing limbs.

A 2014 study found that this therapy can exert a strong influence on the motor network through greater cognitive insight into the control of actions. Other parallel investigations concluded that there isn’t enough evidence to confirm the results of mirror box therapy.

Synesthesia is a phenomenon in which some people see colors when they hear music. The association of numbers with colors or textures with emotions is also common among synesthetes. Thus, in synesthetic people, two or more perceptual systems activate before a single stimulus.

V. S. Ramachandran conducted several investigations on this phenomenon and was one of the first to theorize that synesthesia is produced by a cortical cross neurological activation. Along with his team, Ramachandran developed numerous tests to detect it.

The debate of Vilayanur Subramanian Ramachandran on mirror neurons

Giacomo Rizzolatti, from the University of Parma, was the first person to talk about mirror neurons. He published an article about them in 1922. However, V. S. Ramachandran did focus much of his work on the role of mirror neurons. Also, he focused a lot on their relationship with various human mental abilities such as empathy, learning, and language evolution.

In this regard, V. S. Ramachandran predicted that mirror neurons would create a unifying framework that would help explain some mental abilities whose exact processes we don’t know yet. Similarly, he compared the importance of the discovery of mirror neurons for psychology with the importance of the discovery of DNA for biology.

Understanding Mirror Neurons
What are mirror neurons? While watching a musical or theatrical performance, we sometimes experience the desire to perform the action ourselves. Read more »