Unconscious Love - What's It About?

Unconscious love goes beyond any notions you might have about it. It leads you to make certain decisions you're often not aware of, almost without realizing it. In today's article, we explore this subject. 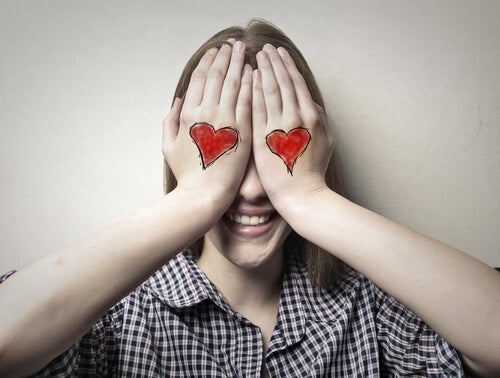 Love can transform anyone, almost to the point in which a person becomes unrecognizable. Sometimes, even to themselves. This is because it’s such a difficult feeling to explain and, thus, why the field of psychology often refers to it as unconscious love.

Every person has their own definition of love based on their experiences: what they’ve read, what they’ve heard, etc. Today’s article will refer to what some dictionaries refer to as “the feeling of attraction towards another person that seeks reciprocity and a desire to unite because it makes you feel whole and content and it also gives you the energy to do communicate, create and do many things together”.

Thus, this essay seeks to emphasize the kind of love that goes beyond awareness. Here, you’ll be able to discover what it is, its characteristics, and how to identify it.

“While one is consciously afraid of not being loved, the real, though usually, unconscious fear is that of loving.“

When it comes to unconscious love, one refers to the kind of love that moves through your dreams, desires, fears, impulses, and emotions. The kind that goes hand in hand with your instincts. That which is difficult for your consciousness to access because its contents are repressed, at least part of them.

Have you ever asked yourself why people who deeply attract you but frustrate you come into your life? Perhaps because there’s a side to you that makes you attracted to them. Thus, you begin to experience unconscious love.

Sometimes, you don’t know why you deeply love the person standing next to you but you feel it intensely. This is precisely the key for you to be by their side, whether you’re both happy or not. Furthermore, the love described in this article leads you to make choices that go beyond your awareness. Even though it may seem impossible to understand it, the truth is you can, at least in part.

Psychoanalysis itself states that people make unconscious choices, and that love might just be one of them. Humans do so according to the development of their personality, experiences, and culture.

Thanks to the role of unconscious mechanisms, you would seek a love that satisfies your personal shortcomings. Even those you’re not aware of and are either isolated or encapsulated. This is why it’s difficult to understand why you make choices that can be toxic to your life. Not knowing where it comes from, you choose another without being aware of your motives.

However, unconscious love shouldn’t be confused with toxic love as it may or may not be. That will depend on both the mechanisms and experiences each person in a relationship has. It can also be a blind love, in which you don’t see the other for what they are and you even idealize them, hoping they’ll meet your every expectation.

Here are the usual characteristics of unconscious love:

Unconscious love goes beyond what you can see in reality. It moves through aspects of your inner world and it baffles you. Mainly because you don’t know those mechanisms by which it moves.

Unconscious love in your life

Even though it may seem complicated, there are ways to bring your unconscious love to light. In contrast, you’ll never have absolute control over it. Here are some ways to identify it:

Unconscious love is the kind that goes beyond logic. It’s as difficult to understand as it is to describe with words. It’s a rather intense feeling, except you don’t know how it happened and why.

Thus, this kind of love is one born from your old wounds, desires, learning, fears, legacies, and impulses. It’s a love that can lead you to make choices you never thought you could make. It’s the kind of love that transforms you because it’s alien to you. What you don’t realize is that it’s closely linked to your inner world.

How Can People Who Haven’t Been Loved Learn to Love?
A lack of love leaves a lasting impact on human development. People who haven't been loved structure much of who and what they are around this deficiency.  Read more »
Link copied!
Interesting Articles
Romantic Relationships
Love-Hate Relationships: I Love You, But I Can't Stand You

Love-hate relationships aren't the exception to a rule. In fact, many people aren't willing to admit the percentage of love…

Here are some lessons on how to love. We decided to share them because love is an art that requires self-introspection and self-improvement, along with experience and goodwill. This is…

When many people see a relationship work, they think that the partners got lucky. Well, they should know that isn't…