Trying to Be Liked is Exhausting

In this article, discover why trying to be liked is exhausting. 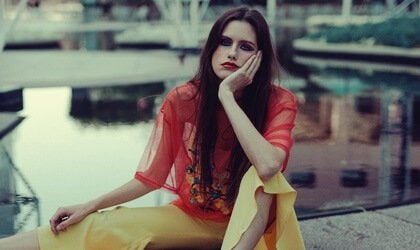 Trying to be liked is human nature. Many people learned at a very young age to seek the approval of those around them. Unfortunately for them, without such approval, they’re incapable of making decisions. They can’t choose for themselves without hesitating and don’t feel confident about their choices. The problem is that this need to please everyone around them slowly destroys their self-esteem because it’s exhausting.

The need to like everyone is an irrational belief or expectation because it implies perfection and unattainable objectives. It’s impossible to please everyone. For this reason, trying to be liked leads to frustration and feelings of despair.

People who seek other people’s approval have to drastically change who they are according to who they’re with or the environment they’re in. This multi-role playing creates tension that usually manifests as anxiety.

Trying to Please Others Often Leads to Rejection

Albert Ellis, the father of the ABC Model of rational emotive behavior therapy, knew that we suffer due to our interpretation of reality. In this regard, many of the irrational beliefs we have are conducive to pain. Thus, by questioning and eradicating them, we can improve our mental health.

Trying to like others often leads to rejection. Although rejection is rooted in honesty and we should be thankful for it instead of hurt by it, it still clashes with our so ingrained belief that tells us that “If I can be what others want and need, they’ll love me“. This dissonance between belief, action and the response we receive increases our pain and suffering. But instead of trying to be ourselves, we’re more determined to do better the next time. This is precisely why trying to be liked leads to exhaustion.

Although we tend to like servile people at first as they’re always agreeable, this pleasant sensation we feel at the beginning doesn’t last long. It soon leads us to reject anyone who’s incapable of being themselves and not posing any challenge to us. This happens a lot in romantic relationships. Everything’s great at first, but the predictability of someone who’s always nice and pleasing becomes boring as time goes by.

Just think of how difficult it is to get to know someone who never reveals themselves as they truly are. A copycat who’s just like a salesperson, trying to guess your every wish and telling you what they think you want to hear. This will make you reject them, as you don’t wish to buy what they’re selling you.

“I don’t know the key to success, but the key to failure is trying to please everybody.”

The Hidden Side of Trying to Be Liked

People who constantly seek approval from others end up revealing their hidden personality, as they’re exhausted of lying.

Our ability to pretend and keep up appearances is limited. And as much as we may be complacent with others, sooner or later we’ll feel discomfort. Then, the feeling of not being able to play such an exhausting role anymore will cool down even the most intense relationship in a very short amount of time.

People who are concerned about pleasing others are often all-or-nothing. They’re quite incapable of spreading their attention, so when they lose their focus on one thing, they turn around and focus on something else. They go from being someone’s best friend to treating them like strangers.

This moody behavior is quite harmful. Some use it intentionally for the purpose of manipulating others, while others simply don’t know how to relate to people and have low self-esteem. They’re quite sure of their low self-worth and think they’ll scare away anyone who gets to know them as they are.

Working on your self-esteem, changing what you can change, and accepting what you can’t control at any given time are solid foundations for your social independence. This independence will protect you from becoming emotionally dependent.

How Far Do We Go to Get Approval From Others?
If getting people's approval doesn't guarantee the independence of our actions and decisions, twhen we start adopting dysfunctional behaviors. Read on! Read more »
Link copied!
Interesting Articles
Culture
6 Inspirational Quotes from Joaquín Sabina

Joaquín Sabina is a Spanish singer-songwriter who's famous throughout the whole world. His music can take you to different, interesting realities. He's…

You're driving your car and have to brake suddenly. Your head jolts forwards, and it's not long before you feel…