How would you like some business lessons from the Dalai Lama? Continue reading to find out what they are and be able to put them into practice. They can lead to great results! 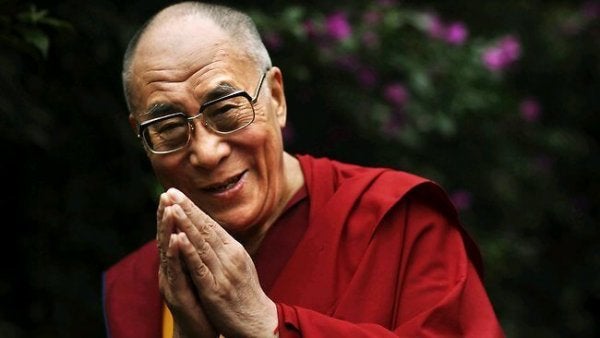 The Dalai Lama is one of the most important religious figures in the world. He’s the spiritual leader of the Gelug school of Tibetan Buddhism. This monk was chosen at the young age of 13 to be the highest political and religious authority in Tibet. Since then, he’s dedicated himself to traveling the world and giving lectures. He teaches people and tries to solve various social problems.

One can also apply his teachings to the business field, although it may seem strange. In fact, he’s helped many people over the years. Continue reading to learn three important business lessons from the Dalai Lama.

1. The importance of motivation

Fear is one of the worst enemies of people who want to start a business. This is because many don’t make their ideas come to life. Similarly, the people who do don’t do their best nor use all of their energy due to the possibility of failure.

One of the most important business lessons from the Dalai Lama is that motivation is the best antidote for fear. You must have clear goals that help you persevere in order to avoid the worst effects of anxiety and avoidance. Even when confronted with something that scares or worries you.

The Dalai Lama recommends focusing on the situation you want to achieve in order to overcome fear in his book The Art of Happiness. Therefore, when creating a new company, you must keep in mind the benefits it’ll provide once you get it going. Only in this way will you be able to persevere when faced with the difficulties that’ll eventually pop up.

2. Your mentality is everything

No matter how good you are or how hard you work, problems and difficulties will appear sooner or later. During these situations, the second of the Dalai Lama’s business lessons makes sense:

“You must change your mentality in the face of something you can’t solve.”

Stoic philosophy stated 2,000 years ago that what happens to you isn’t important. Instead, it’s the way you interpret it and the thoughts you feed. Although you can apply this in any field, it’s especially useful in the business world.

For example, there are two options if you don’t get good sales results after working hard on it. One of them is to give up, get mad at the world, and let yourself get carried away by your frustration. However, this strategy will rarely lead to good results.

On the contrary, you can use what happened as a learning experience. You’ll be much more likely to be successful in the long term if you see difficulties under this light. In addition, you’ll also feel better emotionally. You won’t perceive every failure as just a failure but as an opportunity.

3. The reality of change according to the Dalai Lama

The third of the Dalai Lama’s business lessons is about your concept of change. This is a source of fear and anxiety for many people. However, like failure, it’s impossible to prevent your circumstances from changing. For this reason, it’s much more useful to learn to take advantage of change or even initiate it yourself.

According to the Dalai Lama, the happiest people are those who aren’t afraid to fail and are always trying new things. No matter how you take action, this may translate into creating a new product, contacting potential customers, or going to networking events. The important thing is to be ready for the changes.

After all, everything constantly changes… and this includes you and your projects. Thus, if you don’t do it for the better, you’ll progressively be worse off without even realizing it. Therefore, it’s essential for you to learn to take the initiative and achieve increasingly positive changes in any area that’s important to you.

As you can see, even though the Dalai Lama generally speaks of spirituality, happiness, and religion, you can also apply his teachings to the field of business. You’ll soon discover that some of your work-related concerns will disappear if you apply these ideas to your life. After all, what’s entrepreneurship if not a form of personal development?

The Dalai Lama on Quantum Physics and Spirituality
The Dalai Lama believes that the connection between quantum physics and spirituality is obvious, and he explained it at a 2015 conference. Read more »
Link copied!
Interesting Articles
Coaching and Leadership
The Coronavirus Leadership Crisis

One of the aspects the current pandemic revealed is that there's no real coronavirus leadership among the nations. Very few…

Coaching and Leadership
Seven Keys to Leadership during the Coronavirus Crisis

In difficult times, skillful, effective, and, above all, humane leadership is needed the most. But let's admit it, very few…