Does Thinking Only About Yourself Make You Miserable? 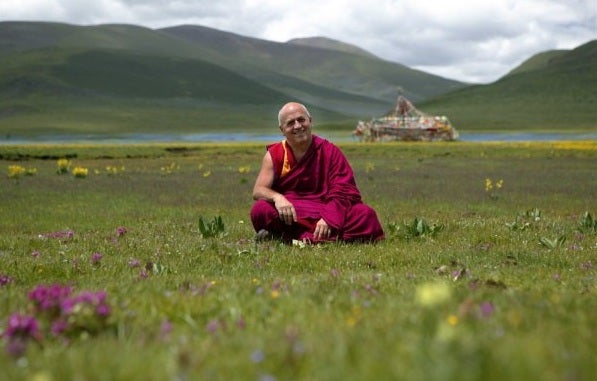 Most of us have been told that it’s bad to only think about yourself. They say it from a point of view based on morals, religion and family customs. However, as with every rule, there is a message hidden “between the lines”. It might seem that it’s characteristic of every human being to be selfish, and that they need to struggle against their selfish nature to be more virtuous.

With the development of neuroscience, we have proven that the issue is different than we thought. It doesn’t have so much to do with virtue as with the necessary properties for human survival. The ability to see beyond yourself is also a trait of evolved intelligence. And, as if that wasn’t enough, it has also been proven that it increases serotonin, and with it the sensation of happiness.

“The only selfishness that’s acceptable is striving for everyone else to be okay so that you can be even better.”
-Jacinto Benavente-

All of this was also affirmed by Matthieu Ricard, a French molecular biologist who became a Buddhist monk. This man is the son of Jean-Francois Revel, the famous European philosopher. Ricard was a renowned scientist who participated in a prestigious investigation about the brain which took place in the United States. Then he went to Nepal, adopted their lifestyle and stayed there.

Thinking solely about yourself leads to deterioration

Matthieu Ricard is convinced that selfishness, above all, is a source of unhappiness. Being forever focused on “me” forces you to adopt a paranoide position in life. Without even noticing, you have to be thinking all of the time about how to preserve that “me” or about how to exalt it or about how to make it reign above everything and everyone else.

The result of solely thinking about yourself is that you begin to fill with fear. To love means to break it off with that “me”, allowing it to fade into others. Instead, selfishness leads you to the creation of barriers. This makes you go on the defensive. You feel threatened in some way, and you also feel alone.

If you’re always thinking about ideas that only revolve around you, you’re also significantly limiting your perception of the world. This habit makes it hard for you to see reality from a different point of view. It closes you off to surprises. It makes your daily emotional experience be very limited, and it easily desensitizes you.

For Matthieu Ricard, every human being is a two-faced wolf. One is the face of a cruel wolf, who only thinks about himself. The other is the face of a wolf who works for his pack. Which of the two comes out on top? Whichever one gets fed more.

For this Buddhist monk, thinking solely about yourself leads to indolence. Furthermore, he thinks that it’s quite easy to go from indolence to cruelty. In this state, you can only find thoughts of indifference or hatred. You start by hating others, as a strategy to exalt yourself. Everyone else is bad, and you’re not, you’re good. Everyone else is a brute, only you see the light.

When someone becomes trapped in this dynamic, their smiles soon fade. Anger becomes their normal constant mood. Other people aren’t a source of happiness, but rather of misery. Everyone is bothersome, they upset you. Everyone who doesn’t serve the function of pleasing your ego. In these conditions, you’re only a short step away from bitterness.

Altruism is a higher level of being

In his laboratory, when he was studying the brain, Matthieu Ricard was able to prove that serving others makes people very happy. In fact, having more solidarity is a method that’s applied to lift the spirits of people who suffer from depression.

Solidarity is the opposite of selfishness, therefore, the opposite applies. The more supportive you are to others, the more you become aware of the world. Your mind and heart open up in order to comprehend other people’s reality, and this makes you more receptive and intelligent. It also allows you to see the world from different points of view, and this enriches your emotional world. You can also create relationships of higher quality.

For Matthieu Ricard, the highest level of solidarity is called compassion. This monk calls a historical fact to attention. The world has been progressing towards various forms of compassion that are progressively more elaborate. Human rights, women’s rights and, more recently, animal rights, are proof of this development.

For this Buddhist monk, a great revolution has already begun to take place around the world: compassion. He says that in the short term, this will generate the conditions necessary for an economic improvement. In the medium term, it will lead towards a better quality of life. In the long term, it will accomplish the preservation of the environment. He assures that slowly, we will realize that humanity only has one way to continue existing: cooperation.

Link copied! Next
Interesting Articles
Culture
What are the Causes of Gender Inequality?

Culture
Turn Your Life Around in Just Four Weeks

None of us wants to life a negative life in which we feel blocked and unhappy, but sometimes our daily routine leads…