The Three Marks of Existence according to Buddhism

When we talk about the three marks of existence, we're talking about the essence of Zen. Impermanence, non-self, and suffering are the three seals that are present in you and everyone around you. 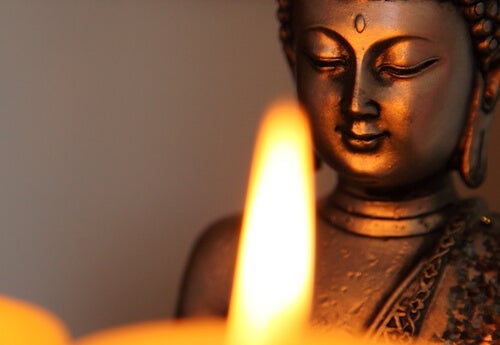 These three realities try to explain the nature of the perceived world and all the phenomena that happen. They’re also the foundation for personal liberation. Nevertheless, it’s important to understand them not only on an intellectual level but to accept them fully and sincerely on an emotional level. In addition, your attitude and behavior should be consistent with everything else.

“Feelings come and go like clouds in a windy sky. Conscious breathing is my anchor.”

A big part of the problems that torment us have to do with not accepting Buddhism’s three marks of existence. If you can’t accept them, you’ll feel confused, disoriented, and lost. Let’s learn about the three marks, as well as what makes them so profound.

Impermanence is the first of the three marks of existence. Buddhism plainly states that nothing is permanent. Everything has a beginning and an end, nothing lasts forever, and things come and go. Everything is in a constant state of change, which is why stillness and stability are just an illusion.

Buddhists believe that everything that exists, inside and outside of you, is dynamic. All realities are born, live, die, and are reborn, transformed, and start the cycle anew. That’s why who you were yesterday isn’t the same as who you are today. Everything that’s born must die, and nothing in the universe can avoid that.

Buddhists also believe that “nothing is substantial”. In other words, nothing exists or happens in a completely independent way. Everything that is and everything that happens is connected to multiple circumstances, factors, and facts. There are connections between everything that exists, though they aren’t always evident or obvious.

On the individual plane, insubstantiality refers to the non-existence of a real self. Given that everything is constantly changing, a fixed identity, the “self”, is a false idea. Every person is incomplete, your identity is what’s happening every instant. Your existence is simply something that’s marching towards its eventual disappearance.

That idea is the foundation for the call to forget yourself and ignore your ego. It also insists on the importance of giving yourself over fully to the present moment, the here and now, this instant. Who you were before and who you will be tomorrow doesn’t matter. The most important thing is what you’re doing now. Meditation is an important tool to help you understand that concept.

3. Suffering (Duhka), the last of the three marks of existence

The last of the three marks of existence is suffering, which can be expressed with this idea: “Everything is unsatisfying”. In other words, no one and nothing in the world can create constant and permanent satisfaction. In fact, Buddhists believe that the same thing that causes happiness is probably the reason for some earlier suffering.

This suffering is expressed in three ways. The first is physical suffering, which is the most basic kind of pain and affliction. The second form of suffering is that which comes from loss, whether it’s the loss of a loved one or of one of your faculties or possibilities. The third expression of suffering is the most subtle, and also the most profound. It has to do with the pain that comes along with existence itself. The questions of why you’re here and why you exist have no definitive answers.

Buddhists believe that it’s possible to stop suffering as long as you understand that the impermanent and insubstantial nature of life is unavoidable characteristics of existence. They believe that if you’re suffering, it’s because you haven’t fully accepted those two ideas. Humans tend to cling to things and forget that everything passes and everything changes. Thus, you should live in the moment. Letting things flow and letting go of resistance is the only way to get rid of the essence of suffering.

The Four Communication Principles of Buddhism
Buddhism claims that there are four communication principles that must be preserved in order to reach harmony among human beings. Truthfulness, kindness... Read more »
Link copied!
Interesting Articles
Culture
Keys to Connecting With an Introvert

You have to find the right moment to connect with an introvert. Connecting with them involves approaching them and finding…

Culture
Monet: The Master of Impressionism

Oscar-Claude Monet is one of the most famous French painters. He was born on November 14th, 1840, in Paris, France.…

We are our worst enemies, the mirror shouts to us again and again. We behave as tyrants towards our image…

Stories and Reflections
Expect Nothing, and You Have Nothing to Lose