Use the straw man proposal for problem solving whenever you need a temporary yet effective outcome. It's an interesting method that's been used since the 70s. 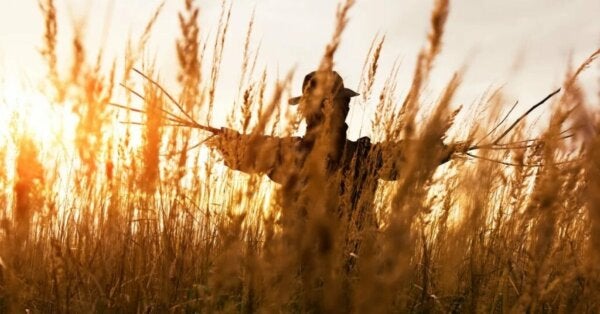 The straw man proposal for problem solving is being increasingly used in the organizational sphere. It’s a mechanism to generate ideas and begins with a draft. It makes the most of the human and creative potential of work teams and, above all, of each member of a team.

Note that this isn’t your typical brainstorming method. The goal here is to shape a temporary solution to a problem while you come up with something better. The straw man proposal requires many varied ideas from the contributing group. Then, these proposals either merge or disappear at any given moment when it comes to rebuilding the original draft.

The United States Department of Defense first applied this technique in 1975. The air force needed an urgent action plan and devised this technique to find a quick and momentary response to that particular challenge. Later, the initial “straw man” would be replaced by “man of stone” and then by “iron man”.

The purpose was to achieve greater consistency and solidity to that strategy.

“Too often we give our children answers to remember rather than problems to solve.”

The straw man proposal is a simple collaborative strategy

The straw man proposal has become quite popular in recent years thanks to the well-known consulting firm McKinsey & Company. This global organization is basically in charge of solving problems. It serves large companies, institutions, and even governments around the world.

The fact that they use this strategy as a mechanism to respond to the challenges they face is the first clue of its usefulness. For one, it’s easy to do. Also, it promotes the synergy of all the members of the organization. In addition, it promotes the step-by-step construction of a more sophisticated and effective action strategy.

The straw man proposal is a useful and effective problem solving tool for any group setting. Its purpose is to build, shape, and design a preliminary action plan in the form of a draft. Then, they redefine this draft until finding a more effective response. Thus, it rises from straw man to iron man.

The advantages of this brainstorming mechanism

As we mentioned at the beginning, this article isn’t discussing classic brainstorming techniques. In this case, you start from a draft, from an already designed base that constitutes the straw man. Later, there’s a meeting in which each member contributes their ideas, criticisms, and proposals, but always starting with the draft.

Some of its advantages are:

This proposal keeps the group from getting stuck. They don’t look for perfection right away but advance in phases: from straw man to stone man to steel man to…

This proposal requires the following of specific steps. Adjusting to them will allow the group to know what to expect and how to proceed. Also, what each member must know is everyone must argue and refute the reasoning behind any proposal.

All perspectives are then taken into account to finally build a temporary feasible and logical strategy. Later, the group meets again in order to continue to fine-tune the action plan.

To conclude, as you can see, it’s a rather interesting work dynamic that integrates every member of the organization in a problem-solving task. It’s interesting, simple, and many teams use it nowadays.

Using the Ishikawa Diagram for Problem Solving
The Ishikawa diagram is a very useful resource in problem solving, and you can also use it the field of personal growth. Give it a go! Read more »
Link copied!
Interesting Articles
Organisational Psychology
Fired After Starting a New Job - What to Do

There are different ways to boost your growth. One of them is professional self-awareness. How can awareness-based practices promote well-being…