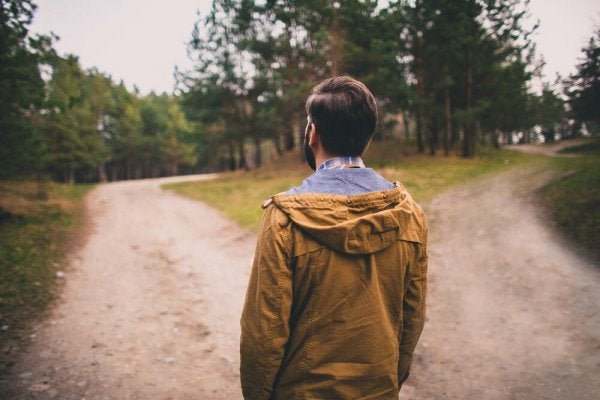 The Shinkansen effect got its name from the Japanese word for “bullet train”. It’s a method to manage and resolve any kind of crisis whether it be related to your work, personal issues, relationships, or spiritual matters.

The Japanese developed the first bullet train in history. They did so in the mid-twentieth century after they lost World War II. In the face of this crisis, the nation adopted a new way of thinking which ushered in new social and business models. These changes produced what came to be known as the “Japanese miracle”, referring to the incredible economic growth they experienced between the 1960s and the 1990s.

The beginning of the Shinkansen effect

As stated earlier, the Japanese business revolution began after World War II. However, it wasn’t until the 1990s that the world began to take notice and called the phenomenon the “Shinkansen effect”.

More specifically, Jack Welch, former head of the North American company General Electric, became aware of this phenomenon in 1993. During that time, GE was in crisis because the employees practiced the principle of least effort. However, after meeting with Eiji Mikawa, the head of the Tokyo division of GE, he began to apply new strategies.

The Japanese division was doing a lot better than the parent company. This was because Japanese employees had a mentality of sacrifice and flexibility.

The Japanese director explained to his American counterpart how his country changed in the 60s. The change came about when they wanted to improve the train network for the Tokyo Olympics in 1964.

Mikawa explained that if you want to increase the maximum speed of a train by 10 km/h, just add more horsepower. But if you want to go from 150 km/h to 300 km/h, you have to change the design. Beyond trains, this mentality could be applied to numerous situations across the country.

The Shinkansen effect and you

As stated earlier, the Shinkansen effect came from the Japanese business revolution in the mid-20th century. Thanks to their new way of thinking, they developed the first bullet train. This train is one of the greatest transportation advancements of the 20th century.

In life, you go through a lot of personal changes. Some involve small improvements such as getting rid of bad habits. Others are so radical that they practically change your life completely.

From the Shinkansen effect, you can learn how to make small changes in your life in order to improve it. But if you want a more radical change, you must change everything from beginning to end. Easier said than done, right? It’s hard to change what we’re already doing. It’s even harder when those actions produce even the smallest positive result.

For example, let’s apply the Shinkansen effect to a couple. After going through a few problems, they realize that they don’t really understand each other. At this point, maybe they should move the relationship into a different stage, make new plans, or change what they’re doing altogether.

You can also apply it to your professional career that may not be going so well or maybe after a serious health problem. During times like these, it becomes necessary to review your habits and routines. It may be time to make some radical changes to improve your situation.

How to apply the Shinkansen effect

Applying the Shinkansen effect can be difficult. It involves a mental shift that forces you to accept change. There are a few steps that can help you apply it more easily. First, identify an area in your life that needs some improvement. Then, examine the problem and figure out what habits you need to change in order to achieve the desired outcome.

Finally, it never hurts to talk to someone who has gone through a similar situation. Perhaps seeing how they overcame it will inspire you. Also, seek the support of family and friends. It’s important to have people around you that encourage you to change for the better. This is how you can make radical changes in your life. Ideally, you should leave things that drag you down behind and experience a kind of rebirth to have the life you’ve always wanted.

Self-Reflection: The Key To Personal Growth And Emotional Freedom
Have you ever heard of self-reflection? Do you realise it could be the key to freedom and success in your life? Read on and find out why. Read more »
Link copied!
Interesting Articles
Psychology Today
Active Ageing - What Is it About?

Culture
According to Science, Singing Makes Us Happy

When we're in the shower, we listen and sing along to music. Simply put, singing makes us happy. This universal…

Culture
Seitai: the Culture of Harmony and Health

Seitai is movement, bodily harmony, and health. It is a practice with roots in traditional Japanese culture created by therapist…

Culture
3 Chinese Fables to Reflect On

Most traditional Chinese fables date back centuries. Nevertheless, people continue to share them because they're an excellent and didactic way…