The Power of Experience: The Recipe

This story about the power of experience is about a mother and her only son, who’s 16. Suddenly, and due to various circumstances, the young man becomes ill and doesn't want to get better. His mother doesn't know what to do until she asks for the advice of a wise man. 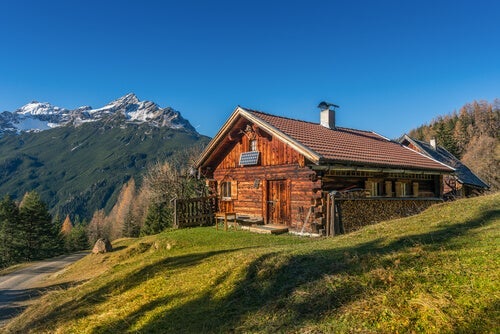 This story about the power of experience begins in a distant country. There lived a widowed woman with her only child. Her 16-year-old only son was her greatest joy and reason to live. He gave her the strength to go on.

The mother earned a modest income patching up clothes. She was great at it, so she had many clients. Although there were times when she had to work from sunrise to sunset, she was happy because she could provide her son with everything he needed.

One time, she had a lot more customers than she expected. This story about the power of the experience tells us that the woman woke up at the first rays of sunlight and went to bed at dawn. However, she was happy. More clients meant additional income.

“Example isn’t the main thing in influencing others, it’s the only thing.”

After she finished all of her work, the woman had a lot more money than ever before. Thus, she was able to buy new furniture. Also, she bought clothes for both her son and herself. In addition, she had money left over to make a purchase that she couldn’t afford otherwise.

This story about the power of the experience tells us that the woman bought several delicacies. Items that neither she nor her son had ever tried before. For example, she bought exotic fruits and hams. She also bought pheasants, quail, and even deer. The boy was happy because he loved trying new foods.

After a week of feasting on such exquisite delicacies, the young man began to feel unwell. His stomach hurt a lot and he was nauseated. Although his mother asked him to eat less, he couldn’t do it. Thus, he didn’t get any better and the days passed.

The mother was highly concerned and didn’t know how to solve the situation. She didn’t really know if her son had food poisoning or if it was just indigestion. Thus, she decided to take him to the town’s doctor so he could diagnose her son.

The doctor carefully examined the boy. His mother told him that he had been eating a lot lately. She also made a detailed list of the types of foods the boy ate. She even listed how much of every food he ate.

In this story about the power of experience, the doctor told the mother that the boy’s case was very simple. He simply felt bad because he had eaten too much food. Therefore, the solution was also very simple. All the boy had to do was fast for a week. He could only drink water and eat small portions of fruit.

The doctor also said that if the boy followed his instructions, he’d improve. However, the boy was reluctant to follow the doctor’s advice. Thus, he began to eat as usual and didn’t get any better.

After that, someone talked to the mother about a very wise man who lived in the mountains. The mother became curious and decided to ask for his advice so he could solve the boy’s problem.

A story about the power of experience

The story about the power of the experience tells us that the woman took advantage of the fact that some of her neighbors had a planned trip to the mountains. She actually asked them to look for the wise man and tell him about her son’s situation. She knew her son had to stop eating in order to recover.

Her neighbors returned a few days later. They informed her what the wise man said. They told her that the young man should follow the doctor’s recommendation, as it was the most appropriate course of action. And that, if after knowing what the solution was, the young man persisted in such destructive behavior, he and his mother had to go up to his cabin in exactly a week’s time.

The young man continued to eat and, obviously, remained ill. Thus, a week later, the mother packed their bags and traveled to the mountains with her son. She hoped to find a solution she could actually apply.

Upon arriving at the wise man’s cabin, the mother asked him for advice on what to do. The wise replied: “Your son has to fast for a week”. The woman became disappointed, as she believed that the trip had been a complete waste of time. Then, her son said: “I can’t fast, it’s impossible”.

The wise man replied: “It’s quite possible to fast. I’ve been fasting for a week since I knew you were coming”. This ashamed the young man. Then, without hesitation, he began fasting. A week later, he felt a lot better.

The Wisdom of the Elderly
Elderly people save their stories for those who really want to hear them. Let yourself discover how infinite the wisdom of the elderly is. Learn more here! Read more »
Link copied!
Interesting Articles
Stories and Reflections
The Legend of Odysseus, a Resourceful Hero