The Neurobiology of Aggressive Behavior

What does the structure of the brain have to do with aggressive behavior? What role do hormones and neurotransmitters play? Discover the answers to these questions in today's article. 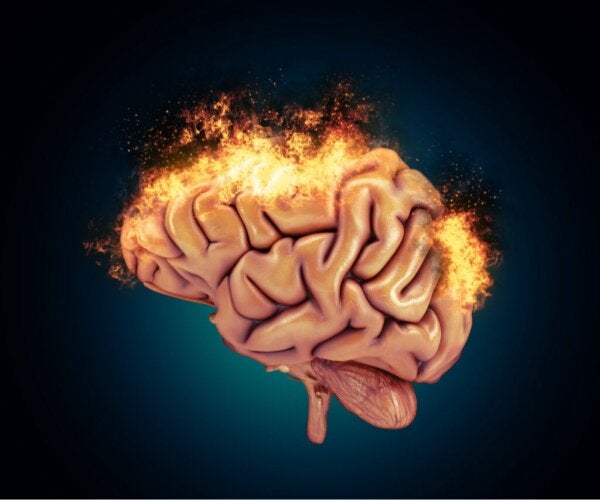 Aggressiveness is exhibited by most living creatures. Animals use it to defend themselves against predators or to feed. In spite of its practical origins, this behavior is no longer functional for modern human beings. Nevertheless, we’re aggressive when we try to get back at people or due to some kind of psychopathology. Thus, it’s important to understand the neurobiology of aggressive behavior.

This helps identify what has to happen in the brain for someone to behave aggressively. Not only are certain areas of the brain involved, but also some hormones and neurotransmitters. They play an important role in being able to control or maintain aggressive behavior.

The word aggressiveness comes from the Latin aggredi, which means to provoke or attack. The term is associated with destruction or violence. On the other hand, aggressiveness is often essential for survival, although it’s a key sign of many psychopathologies.

Scientists have classified aggressiveness in many ways. Halsband and Barenbaum (2008) define it based on whether it’s impulsive or predetermined:

On a structural level, what’s the neurobiology of aggressiveness?

In clinical practice, we encounter patients who exhibit rushed, risky, and inhibited behaviors. They often tend towards impulsivity. That sometimes leads them to respond aggressively to situations, which affects their decision-making.

Based on those observations, it’d seem that the neurobiological foundation of aggressiveness is found in the brain.

Research shows that the prefrontal cortex plays a role in the neurobiology of aggressiveness.

Scientists have observed a direct relationship between the functionality of the orbitofrontal and the ventromedial cortex. In fact, a hypoactivation of these areas affects inhibition of aggressive responses and increases irritability.

Researchers also found a link to aggressiveness due to this structure’s functions. Among them, we have emotional control and regulation, behavior planning, and ethical-moral behavior. All of this means that the individual has more aggressive and impulsive behaviors.

An improvement in the quality of neuroimaging techniques has made it possible for scientists to discover different subcortical structures that play a role in the neurobiology of aggression.

Firstly, we have the amygdala, which plays a key role in the development of aggressive behavior. This is due to the fact that this structure plays a role in important nervous system processes, such as:

All of these processes can increase or help develop responses to stimuli. In more aggressive people, scientists have even observed a decrease in the size of the amygdala. They also reported greater activation in this area when someone is behaving in an aggressive way.

Secondly, we have the hypothalamus. This structure is responsible for the coordination of the automatic expression of your emotional state. Specifically, it records internal changes and activates neural networks that provide the stimulus with emotional attributes.

Consequently, the hypothalamus makes up part of the neurobiology of aggressiveness thanks to the fact that it can provoke a specific reaction to external stimuli.

The neurobiology of aggressiveness on a chemical level

The neurotransmitter that plays the biggest part in this kind of behavior is serotonin (5-HT). Researchers have found that low serotonin levels correspond to a notable rise in aggressive behavior. This reduction is especially evident in the nucleus accumbens, which is responsible for anticipating and preparing for a confrontation.

Aggressive behavior also corresponds to a serotonin reduction in the prefrontal cortex, which is responsible for emotional regulation and more complex brain function.

Hormonal factors are also important in this kind of behavior. For example, an increase in androgens causes anger and can lead to aggressiveness.

As you can see, specific cortical and subcortical structures are at play in aggressive behavior. Scientists have been able to identify the influence that certain hormones and neurotransmitters have on these processes. This kind of research is important because it helps us understand the complexity of aggressive behavior and the potential need for professional mental health intervention.