Svetlana Alliluyeva is a great example of how a person can be trapped in their family's history. Her father was revered in the communist world and hated in the capitalist. She was never able to escape the stigma of politics. 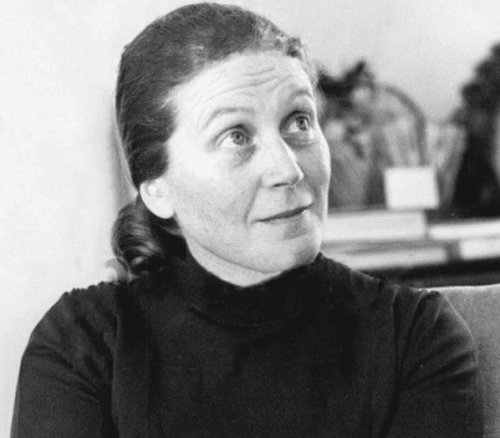 Svetlana Alliluyeva was probably the only human being who melted the heart of the fearsome Joseph Stalin. This happened when she was a little girl. At the time, of course, she was unable to establish a link between the loving man who played with her and the Russian leader who had sown terror in his own territory.

This woman surprised the world in the 60s when she left the then Soviet Union and requested asylum in the United States. Remember that this country was one of her father’s biggest opponents. From that moment on, she was used as a propaganda prize when it came to the famous Cold War. They used her figure to discredit the regime that his father led.

Svetlana Alliluyeva was Iosif Stalin’s only daughter. He had two other sons, one from his first marriage and another from the second, with Svetlana’s mother, Nadezhda Alliluyeva. Biographers who have studied Stalin’s life point out that only three people softened the heart of this leader. One of them was his mother, Yekaterina Gueladze.

Another person who melted his heart was his first wife, Ekaterina Svanidze. He was really in love with her but she died of tuberculosis really young. Some say Stalin was never the same after losing Ekaterina. Now, someone else who this leader truly loved was his daughter, Svetlana. She had no idea that the man who pampered her every day was one of the cruelest men in the history of Russia.

Svetlana Alliluyeva received her education within the Moscow Kremlin as if the rest of the world didn’t exist. She lived in some sort of ivory tower, completely ignoring what was happening in the outside world. She was raised by a babysitter. Her father didn’t spend much time with her, but he always managed to let her know how much he loved her. In fact, Svetlana’s mother seemed the most distant.

Although this has always been a mystery, there’s enough evidence to suggest that the death of Nadia, Svetlana’s mother, wasn’t natural. She had fallen madly in love with Stalin, that’s for certain. However, when she left to go to college, she was disappointed to see what he was doing with Russia.

Nadia was one of the few people who shouted “executioner” to Stalin’s face. The day before her death, she had a harsh public discussion with the leader. There are testimonies that claim he was physically aggressive toward her in public.

The next day, she was found lying on her bed with a bullet to her heart. Most people believed she committed suicide, whereas others thought her husband had killed her. Svetlana Alliluyeva was forced to believe the official version.

As Svetlana Alliluyeva grew up, she also began to perceive that things in her country weren’t as she’d believed until then. She kept a close and loving bond with her father until she turned 16 years old. At that age, Svetlana had already learned English. One day, she accessed an article in that language, which indicated that her mother had committed suicide.

This news triggered a vast disagreement with whom until then had been a loving father to her. Later, she fell in love with a film director much older than her. Stalin didn’t approve of this relationship. To end it, he ordered some of his people to arrest him and take him to Siberia. When she was just 19 years old, she got married and had a child. Perhaps she only did this to rebel against her father. This was the first of four brief marriages that left her with two other daughters.

When her father died, she wasn’t allowed to talk about the leader’s private life. Her feelings toward her father were always ambivalent; she loved and hated him at the same time. About 14 years later, she went on a trip to India all on her own. She left her 19 and 16-year-old children alone. She arrived in the United States in April 1967, where she began to work as a writer. They paid her three million dollars for her autobiography.

She got married once again and had a daughter, Olga. After her last divorce and various avatars, all caused by the political shadow that followed her, Svetlana tried to commit suicide in 1991 but didn’t succeed. She died of cancer in 2011 and told everyone not to transfer her body back to Russia after her death.

What’s the Link Between Education and Political Beliefs?
The effect that our schools have on people's political beliefs is a really common topic of debate nowadays. So what exactly is the link? Read more »