The Excuses that Prolong Emotional Dependence

The excuses that we make when we're suffering from emotional dependence make us postpone an almost inevitable and necessary conclusion: having to face our own personal loneliness. 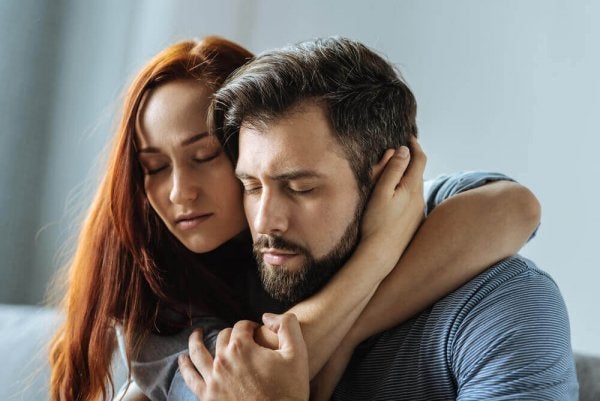 Emotional dependence is created by a very intense and immature attachment to a specific person. That person is usually a partner, which is often put on a pedestal and idealized. Emotionally dependent people believe that there’s no way they could possibly be happy without that other person. In addition, many excuses prolong emotional dependence. These make the person feel that they couldn’t live without them.

How Do Emotionally Dependent People Feel?

By having these beliefs, people with emotional dependence see themselves as inherently weak beings.

They underestimate their own abilities and feel the need to always rely on other people. They have an intense need to always be with another person or to have a partner. As a result, they’re always looking for people to cover up the void that the fear of loneliness creates.

Even if their partners disrespect them, are unfaithful to them, or treat them badly, they never seem to be able to break away, even if they want to. They know that they’re suffering and they’d like their lives to take a different course. However, they aren’t able to change their attitudes nor their dependency. If they could, then they’d be able to begin to heal their wounds.

In this sense, a cognitive dissonance is created between what they should do for their own good and what they’re actually doing.

We know what we have to make a move to finish the relationship, but we just can’t do it. This is when we start to make excuses that only serve to prolong the emotional dependence. We try to convince ourselves verbally and keep clinging to the person who’s harming us or who has us trapped in a toxic relationship.

What Are the Excuses that Prolong Emotional Dependence?

This is a classic excuse. In order to reject the idea that the person we have isn’t right for us, we tell ourselves that they’ll surely change. But why would they even want to change? How can you be so sure that they will? If they haven’t changed throughout the relationship, then what’s going to make them change now?

Therefore, instead of blinding ourselves to the reality of the situation, it’s better to assume that that person probably won’t change. This gives us two options. The first is to accept the situation as it is – which isn’t a good option if we’re suffering. The second option is to end the relationship, even if it means going through a grieving process.

We have to recognize that people are who they are. Unless they themselves decide to change their behavior or way of life, then they’ll always be the same.

“I Love Him/Her Too Much”

We often think that the mere fact that we love another person is reason enough to continue the relationship. We say “anything’s possible with love” and then the dependent person just accepts the abuse that the other person throws at them, whether it be mental or even physical.

It doesn’t matter if someone manipulates or disrespects them. They think that, by enduring this, they’re showing their partner love.

“When We Get Along, Everything Is Great”

Obviously, all couples have their good and not-so-good times. However, we need to analyze whether those bad moments far exceed the good times when things seem to be going well.

If you notice that the contempt shown by your partner, the arguments, and the toxicity, are clouding out the positive times, then you must take a serious look at your life and ask yourself what you really want to do.

“What if Ending the Relationship Is a Terrible Mistake?”

This is the perfect excuse for anyone who wants to avoid having to end a relationship. It’s very close in many ways to the idea of “they’re bound to change”. Our desire for things to go differently makes us cling to the false hope that everything will be better in the future.

Our reasoning is that we should never end the relationship because we’ll miss out on whatever may happen in the future. If we think about this properly, then we’ll realize that this is simply our brain convincing us of something that’s never going to happen, and all this just to avoid having to go through a grieving process.

If your partner hasn’t changed by now, if everything’s always the same, if things haven’t changed in years, if you’ve tried everything, then how on earth will it be a mistake to end the relationship? Surely the greater mistake is to continue the way you are.

“Now’s Not the Right Time to Talk”

The perfect moment doesn’t exist, and there’s no perfect moment to communicate this to your partner. The important thing is to do it as soon as possible because you already know that it’s a problem that will never solve itself.

There’ll be many opportunities to take this step, but there’ll never be a “good” time, simply because it’s a conversation you really don’t want to have. Their birthday’s coming up, their parents have just separated, Christmas is just around the corner, it’s your anniversary…. there’ll always be bad times to do it!

However, you have to consider whether those excuses are good reasons to postpone what you really need to tell them. Or maybe you’re putting it off out of fear of what their reaction will be?

The Key Is Self-Esteem

Overcoming the excuses that prolong emotional dependence isn’t easy. You’re trapped in a “dependent” situation, after all. On the other hand, there are factors that will help you take control of these types of relationships. One of the most important is self-esteem.

People with low self-esteem will look in the mirror and not know why on earth anyone would want to have a relationship with them. Because of that, they’ll consider themselves “lucky” to even be in a relationship. But that’s a high price to pay…

On the other hand, these people also have moments of lucidity when they’re aware that the relationship they’re clinging to is really hurting them. However, it’s at this point that the excuses that prolong emotional dependence tend to manifest.

You are Whole: Educating to Avoid Emotional Dependence
We realize that dependence is a problem when we experience it or when we're involved. But is it possible to educate to avoid emotional dependence? Read on! Read more »

Honesty is contradictory, particularly when it comes to relationships. This is because, if you're brutally honest, you might hurt your…

True love doesn't think about age differences; it's about passion, attraction, and sharing the same values and a life project.…