The Benefits Of Being Committed People 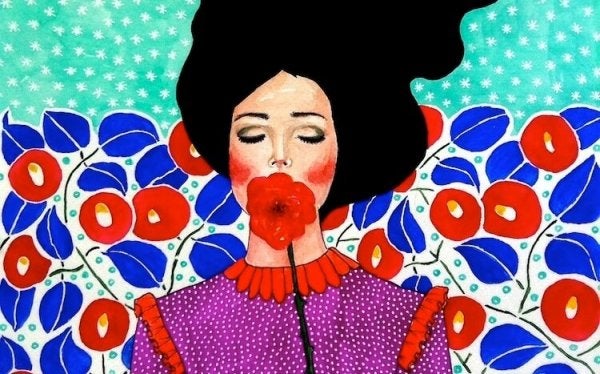 There are fake, superficial people and there are committed people. The former are people who would sell their values, their false banners and their empty words in exchange for hidden interests. The latter are less common, but they are inspiring people. They are sincere, they have their purposes clear, and they stand up for what they believe without any hesitation or fear.

A few years ago, a worldwide study was carried out to measure the degree of commitment that people had. Under the slogan “Inspire to connect”, the idea was to assess three very specific variables: commitment to oneself, commitment to others and commitment to our planet and the environment.

“When you are surrounded by people who share a passionate commitment with a common purpose, everything is possible.”

The results were quite striking and they’re worth delving into for several reasons. The countries that scored the highest on the three scales were South African, the Argentina and Spain. On the other hand, China and Japan were at the bottom of the list.

One aspect the study revealed was that committed people perceived themselves as happier. It also seems that no one can commit to those around them or their own planet if they don’t love themselves first and are truly committed to themselves. Quite an enlightening and interesting conclusion.

To understand what the difference is between false people and committed people, let’s first define what we mean by “commitment”. In general, this term refers to a declaration of purpose. A plan to achieve an objective, defend it and display it outwardly. However, there are emotional and cognitive dimensions to it, too: having a clear, well-defined sense of what’s important to us, what inspires us and what we believe in.

Therefore, commitment must start from the inside out. First we need harmony between what we think and do. False people also start from inside, but they don’t feed their strengths. Their ideals and values ​​are fed by their shortcomings, what they lack and therefore must get from outside.

Here’s something else we should consider: there are people who commit themselves to the objective but not to the process. Say you have a significant other who says they love you. They convince you they’re committed to the relationship.

But they defend the objective while not following through with the process. They don’t show you any affection or respect, they don’t invest in any quality time with you. This is someone who could be considered false and superficial.

Authentic commitment is not in words but in acts. It’s when you have clear priorities and fight for them with your whole heart. Because remember, a promise that exists only in words is useless. It’s like smoke in the wind.

Let’s go back to the study we talked about at the beginning. It showed that South African people, for example, on average have a higher degree of commitment than Chinese or German people. They also perceive themselves as happier and show an active interest in the people around them and in the environment.

They express it in their desire to take care of their families, neighbors, friends, and colleagues — as well as their community and the environment. It begs the question: do the Chinese and the Germans not have this desire?

Obviously they do, but their societies are much more focused on work and especially productivity The key therefore would be to keep a good balance of commitment in all areas — personal, social, work and financial — but never forgetting that commitment begins with yourself.

Even if you’re surrounded by fake people, don’t get discouraged — and definitely be careful not to let them rub off on you. If you imitate them, you’ll be giving in to a hive mentality where you let others think for you. That’s not how you want to live.

Let’s learn to be more committed. Let’s choose a cause, our cause, and fight for it. And we should, first of all, be people committed to ourselves, knowing that we have rights and deserve happiness and success.

Mature Love Is a Balance Between Autonomy and Commitment
seeing love in a different, deeper, and often simpler way. Mature love responds to an intense need that requires a long period of growth to be satisfied. Read more »
Link copied!
Interesting Articles
Psychology
Don't Miss Out on the Present by Dwelling on the Future

Psychology
Is the Way You Define Yourself Accurate?

Do you think that your family and friends would define you in the same way you define yourself? Is the…

Paul Ekman is an American psychologist (Washington, 1934) and an expert in the study of emotions and facial expressions. He's written more than 14 books and published nearly 200 articles over…