You're talking to someone, but you feel you're annoying them. You fear offending people, to make them uncomfortable by standing near them, scared of looking people in the eye, of feeling ugly, being too shy, etc. This kind of social phobia makes up the taijin kyofusho disorder. 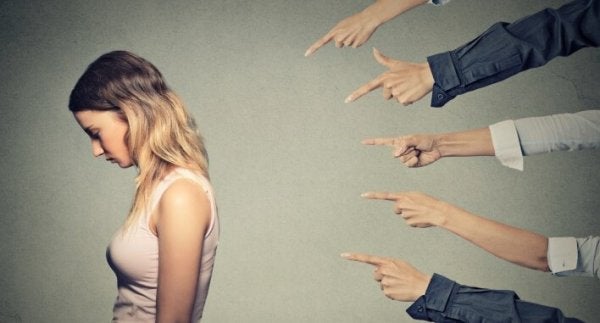 Taijin kyofusho disorder is a particular social phobia. It’s a social phobia that makes people scared of offending others somehow, either by saying something wrong, making the wrong gesture, or even by looking at them the way they do. As strange as this phobia might seem, it’s a textbook social anxiety disorder.

This specific disorder is linked to the Japanese people. As you probably know, the Japanese have high standards on correct behavior, absolute respect for others, and well-mannered courtesy. Also, it’s worth noting that this type of social phobia can manifest in any culture.

Taijin kyofusho disorder is rooted in self-doubt. This creates an obsession to be considered perfect. Thus, they want to look good, have the best attitude, or have the most outgoing personality. This makes people doubt themselves.

Similarly, things such as being ashamed of your stutter, saying something stupid, or having a bad odor are examples of the little things that make up taijin kyofusho disorder.

Taijin kyofusho disorder was first seen in Japan. However, in the Western world, this type of phobia has no category of its own. It’s classified among the other social phobias.

Taijin kyofusho disorder can be translated as “the disorder of fears”. This kind of phobia was first described in Japan. In Japanese culture, groups are more important than individuals. Thus, the fear of offending others is understandable.

This type of phobia can be seen elsewhere in the world. However, for the Japanese, it’s a well-known psychiatric syndrome. In the West, you barely hear anything about it. Although it doesn’t belong to any category, it’s a part of other specific and related obsessive disorders.

Although taijin kyofusho disorder is another type of social phobia, it’s worth noting a few things that make it special.

These details show how complex this psychiatric disorder is.

This disorder has four subtypes that shape a specific type of phobia.

On the other hand, in the West, these four aspects are taken into account:

What are the treatments for this disorder?

From a cultural point of view, taijin kyofusho disorder can be very interesting. For example, the first treatment for this condition started in 1910, by Dr. Shoma Morita. Those days, this was the therapeutic approach the doctor used:

From the 1930s onwards, Dr. Morita changed a few of these aspects. He introduced group therapy, as well as drug administration. Nowadays, the Japanese still use Morita therapy. In the West, things are different. Taijin kyofusho isn’t recognized as a separate disorder, so it’s treated as a social phobia.

There’s conductive cognitive therapy with exposure to triggers and self-esteem and relaxation techniques. However, it all depends on each patient and whether they have other disorders as well. Nevertheless, taijin kyofusho is well-known to the Japanese, not to the West.