The Story Of The Spotted Cat And The Swallow Sinha 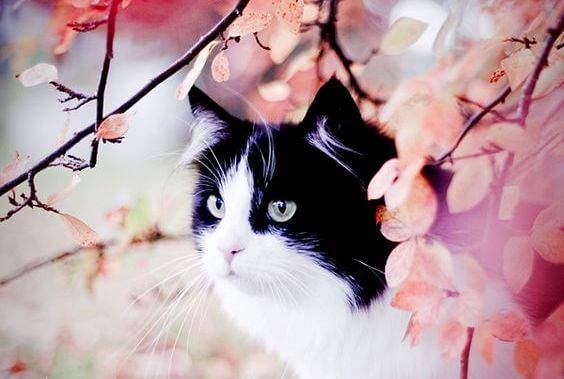 This fable was created by Brazilian writer Jorge Amado, now deceased. As in the majority of fables, its main characters are animals who have been given human characteristics. The intention of these kinds of stories is almost always to end with a lesson or a moral. They have a didactic function and additionally, they question some aspect of the human condition.

The narrative structure of the fable rests on opposition. That is, its main characters are confronted with challenges. However, this confrontation is created under unequal conditions. For example, from the social perspective, this situation could come up between a high-class person and their counterpart from the lower class. Due to an unforeseen narrative element, however, the situation is swapped.

The story that we are concerned with, of the spotted cat and the swallow Sinha, develops in a park filled with various species of trees and animals. As the plot develops, we see that the weather, with its seasons, creates an atmosphere that influences the characters’ moods.

“As soon go kindle fire with snow, as seek to quench the fire of love with words.”

Amado describes the spotted cat (one of the main characters) as someone middle-aged, far from his youth. And he continues: “in that part of the world, there was no creature more selfish and solitary. He did not have a friendly relationship with his neighbors and almost never responded to the rare compliments that some passersby directed at him out of fear rather than kindness.”

Nothing changes the mundaneness of the park until spring arrives. So with “happy colors, stunning aromas, beautiful melodies. The spotted cat was sleeping when spring interrupted, sudden and powerful. But its presence was so strong and insistent that it work him from him dreamless slumber; he opened his tan eyes and stretched his arms.”

In this new spring stage, the spotted cat experiences an unusual state of optimism. “He felt light, wanted to say nice things with no strings attached, go out with no destination, even to speak with someone. He looked once again with his tan eyes, but he did not see anyone. Everyone had fled.” However, “on a branch of a tree, the swallow Sinha was chirping and smiling at the spotted cat.” All the while, “from their hiding places, all of the inhabitants of the park were looking on the swallow Sinha with terror.”

Jorge Amado tells us of the other main character: “When she went by, smiling and flirtatious, there was no marriage-aged bird who did not sigh over here. She was still very young, but wherever she was, all the young birds in the park approached her.

She laughed with them, she got along with them, but she did not love anyone. Without a care in the world, she would fly from tree to tree through the woods. Curious and talkative, innocent-hearted. To tell the truth, there was no other swallow as beautiful or as kind as the swallow Sinha in any of the parks nearby.”

The swallow had a conversation with the cat in which she even insulted him, a fact that the other inhabitants of the park saw as a death sentence for the bird. Her parents had forbidden her to have anything to do with cats, as they were the natural predators of birds. But she did not pay any mind to this order and talked to him.

That night, the swallow “lay her sweet little head on the petal of the rose that served as her pillow; she had decided that she would continue her conversation with the cat the next day: “He is ugly, but nice…” she mumbled as she fell asleep. As for the spotted cat, he also thought about the unfriendly swallow Sinha. However, there was one thing that he did not have: a pillow. In addition to being mean and ugly, the spotted cat was poor and rested his head on his arms.”

The cat was very tired, so much so that he thought he was sick. Then he noticed that he was running a fever and went to the lake to find water to cool the heat that he felt within him. And there, in the waters of the lack, he saw the reflection of the swallow Sinha looking back at him: “And he recognized her in each leaf, in each drop of the dew, in each ray of the setting sun, in each shadow of the night that was upon him.” When he finally managed to get to sleep, “he dreamed about the swallow; it was the first time that he had had a dream in many years.”

The spotted cat did not notice that he had fallen in love. He did not really recognize his feelings. When he was young, he had fallen in love many times, practically every week, but he did not lend any importance to those feelings. In fact, he had broken many hearts. When he woke up, he remembered that he had dreamed of the swallow the whole night, but he resolved not to think about that anymore.

Nevertheless, throughout the spring, he kept visiting the swallow Sinha to talk to her and they never had want of a subject. Soon, they started to take walks together through the park. He walked on the fresh grass and she flew along at his side. They wandered around with no set path and commented on the color of the flowers, the beauty of the world.

The spotted cat experienced a transformation. Now “he did not threaten other living creatures anymore, now he did not tear up flowers with his laws, the hair on his back did not stand up when he got close to a stranger, and he did not scare off the dogs by perking up his whiskers, insulting them under his breath. He turned into a soft, friendly creature. He was the first to give compliments to the other inhabitants of the park, he who never used to respond to the shy greetings made to him.”

Does love have boundaries?

As the summer was coming to its end, the swallow and the cat had dinner together. In an instant, while they were chatting, the cat could not contain himself anymore and he told her that if he were not a cat, he would ask for her hand in marriage. “That night after what had happened, the swallow did not return. The cat tried to understand what was going on with her, what conflicting feelings she must be fighting with. Enveloped in sadness and loneliness, he decided to go talk to the owl.”

At first, he talked to the owl about trivial things. But as that bird was very wise, she soon guessed what was hidden in that unexpected visit, so without waiting for him to ask, she started telling him about the rumors that had gone around the park concerning his meetings with the swallow.

Everyone thought bad things of him and this filled him with rage. In the end, the old owl gave him her opinion: “My old friend, there is nothing to do. How could you imagine that the swallow was going to accept you as her husband? There has never been such a match, even if she loved you.”

Despite everything, when fall came, the spotted cat visited the swallow again. He found her to be very serious and distant. She did not smile anymore and she also did not express the sympathy of former times. The cat felt very sad and could not hide it. The owl’s words resonated in his heart and he only managed to walk in silence with the swallow.

That night, the spotted cat was once again the ruffian that he always had been. He chased the black duck, he scared the parrot, he scratched a dog’s nose, and he stole the eggs from the henhouse just to throw them into the field. All the inhabitants of the park spread the news and again they feared that cat who was always the living incarnation of evil.

After a few days, the spotted cat received a letter from the swallow Sinha, thanks to a messenger pigeon. In it, she said that a swallow could never marry a cat and that they should not see each other anymore.

Nevertheless, she also added that she had never been as happy as during those erratic walks through the park with the spotted cat. She ended the letter with a sentence that burned into his heart: “Always yours, Sinha.” The spotted cat read that letter over and over until he had memorized it.

A while later, the swallow showed up without warning. She was very charming and tender, like in the spring. It was as if nothing had happened, as if all of the distances that separated them had been closed. The cat was moved. At the end of the afternoon, he found out the truth: “They were together until night fell. Then she told him that this would be the last time that they saw each other, that she was going to get married to the nightingale. Why? Because a swallow cannot marry a cat.”

The spotted cat was crushed by this news. During the wedding, he could not stand it and he walked to the front of the celebration. The swallow, who was familiar with the sound of his footsteps, knew that he was there and let the wind catch one of her tears and carry it to the cat’s hand.

This “lit the spotted cat’s lonely path on that starless night. The cat went the direction of the narrow paths that lead to the intersection of the end of the world.” In short, it is a beautiful story that reminds us of the eternal darkness of impossible love.

Link copied!
Interesting Articles
Literature and Psychology
Flowers in the Desert: A Lesson in Recognizing Love