Seven Ways to Grow New Neurons at Any Age

Our brains can grow new neurons throughout our lives. Read this article to learn some of the ways you can keep your brain young even as you get older! 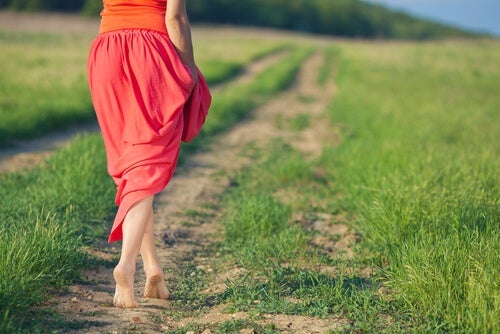 A lot of people think that we lose neurons as we age and that there’s nothing we can do to stop it or any way to get them back. However, that’s not entirely true because we actually can grow new neurons.

Neurogenesis (the formation of new brain cells) continues into old age. One of the main places it continues happening is in the hippocampus, which plays a role in memory and learning. Once you grow these neurons, they end up joining your neural network like any other brain cell.

Better yet, several scientific studies suggest that specific activities can boost neuron growth and rejuvenate your brain. We’re going to tell you about some of the ways to grow new neurons in this article. Don’t miss out on this amazing opportunity!

Seven ways to grow new neurons at any age

Playing a musical instrument can truly boost your mental agility and learning capacities. You don’t have to be a virtuoso for this to work. The important thing here is the combination of auditory, tactile, sensory, logical, and analytical engagement. That, along with following the rhythm, will make your brain use several regions at a time.

Learning to play an instrument does for your brain what exercise does for your body. With consistent, long-term practice, you’ll improve your problem-solving abilities by combining your practical side with your creative side. It can also help you become better at storing information and learning.

In fact, it can even boost a young child’s IQ! A study conducted on preschool children who learned to play piano showed that their IQ was much higher than children who had never taken piano lessons.

So, no matter how old you are, bring music into your life to grow some new neurons!

Power walking, jogging, dancing, swimming, and biking are examples of aerobic exercise. These kinds of exercises can help you grow new neurons, especially to improve your brain capacity.

They can also help with blood flow, which is important for your brain. But beyond that, they can even create new blood vessels and strengthen the ones you already have. By improving your blood flow, you also boost the number of nutrients and oxygen your brain receives, which helps you grow new neurons.

A recent scientific study conducted on people who practiced aerobic exercise consistently for three months showed boosted oxygenation in some brain areas that tend to deteriorate with age. They also scored better on memory tests and showed higher levels of neurons in those areas. This would suggest their brains were younger.

3. Get your legs moving

Some studies conducted on animals running on wheels have shown that moving your legs can also boost neuron production in areas related to memory and learning.

The more you move your legs, the more neurons you produce. In other words, the more you walk, the more you’ll boost neurogenesis in your brain’s learning and memory centers. That makes sense because walking around stimulates your brain because you’re exploring new surroundings, meaning you have to learn and remember to stay oriented.

A recent study also found that exploring new spaces and discovering new things reduces your risk of Alzheimer’s and improves your memory. Thus, if you’re looking for a good way to grow some new brain cells, walking medium or long distances in unfamiliar places is a great way. Break your routine and surprise your brain with new things!

Not moving your legs as much can also reduce new neuron production. For example, it has been shown that astronauts who spend months in zero gravity and people with limited mobility can have up to 70% lower neurogenesis rates. Meditation is a good alternative in these cases.

Doing meditation, yoga, tai-chi, mindfulness, and other mind-body activities involves learning about the natural flow of your thoughts and behavior patterns, without necessarily involving your emotions. Mind-body exercises can improve your task-oriented memory and decision-making and will stimulate many parts of your brain.

For example, daily Zen meditation, mindfulness, or yoga over a few months can genuinely modify your neural circuits. There’s a proven boost in gray matter in the areas of the brain related to memory and emotional processing.

Doing these kinds of things also helps you get into a pattern of deeper breathing that’s extremely good for your brain. Like we mentioned above, your brain will take as much oxygen as it can get!

5. Eat for your three brains

It turns out that fatty acids such as omega-3 are essential for our brains. Omega-3 tends to build up in the brain centers for memory and learning (cerebral cortex and hippocampus). But our brains aren’t able to produce omega-3 on their own, which is why you have to try to include it in your diet.

Many scientific studies have shown that a good daily intake of omega-3 doesn’t just slow neuron death, it also boosts neuron production. It has a similar effect on mood. When your omega-3 levels are low, you’re more likely to suffer from depression.

It’s also important to make sure you’re eating foods rich in fiber and lactic ferments, along with fruits and vegetables. That will help keep your intestines healthy, providing a good environment for the microorganisms that live there. These are sometimes called your “second and third brain”.

All the data seems to suggest that healthy intestines can boost the kinds of molecules you need to grow new brain cells. Thus, get all those essential fatty acids and fiber for the sake of your brain.

A study published in 2018 where researches measured the brain capacities of creative writers has shown that they had more gray matter (which basically means they had more neurons) in areas of the brain involved in producing, organizing, and analyzing ideas. In other words, the kinds of things you’d need to write a book. Creative writers also engage their brain in tasks involved in long-term memory.

7. Use your creative side!

Even if writing isn’t your strong suit, visual arts, drama, and just about any other activity involving creativity can help you grow new neurons.

I love the idea that just having written this article might have helped me grow a new neuron or two! If you’ve been walking or listening to music while you read it, it’s pretty likely that the same thing has happened for you. It’s amazing, isn’t it?

Marcelo Ceberio: “Gaining Neuroplasticity Through Therapy Is Possible”
We had the pleasure of interviewing psychologist Marcelo Ceberio about a very interesting topic: neuroplasticity and its relationship with psychotherapy. Read more »
Link copied!
Interesting Articles
Brain
Opioid Addiction and its Effects on the Brain

Interesting Articles
Social Psychology
Some People are Victims of Circumstance