In today's article, we'd like to propose some techniques derived from positive psychology to address resisting therapy. The techniques focus on the enhancement of the client's abilities and the depathologization of a person's mental health. 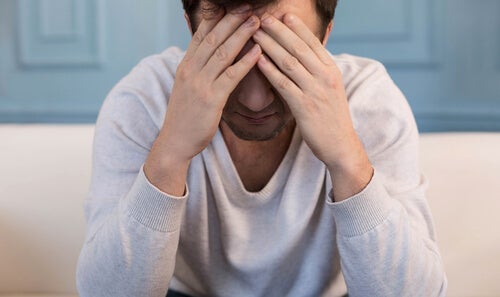 Resisting therapy is a form of behavior, cognition, or emotion that a patient presents and that’s an obstacle to their improvement. In fact, the range of resistance is as varied as the people who go to therapy.

Similarly, although not all of them display opposition, there may be times when you can detect that your patient seems stagnant. That they refuse to inform you about certain issues or just doesn’t do the previously agreed-upon tasks.

The various psychological models don’t pay equal attention to resistance. However, everyone insists on the need to solve them, give them the attention they deserve, to expose them in session, and to ask the patient assertive questions about any difficulties they might be encountering.

Here are some techniques that can be useful for effectively breaking resistance in session. They’re suitable for any type of therapy. In this case, let’s focus on those rooted in positive psychology.

Positive psychology is a psychological school of thought that focuses primarily on strengths, not on weaknesses. Instead, it goes for the resources and potential of an individual. Many people think this approach arose in 1998, promoted by the president of the American Psychological Association (APA).

The basis of positive psychology is to enhance strengths and promote growth and human development. For example, the model of health and well-being, framed within this movement, seek the psychological well-being of individuals in matters such as independence and autonomy. It also tries to find the most favorable environments to satisfy desires and needs and the development of their potential or vital purposes.

For this reason, it’s useful to include tasks typical of this psychological approach, regardless of the methodological cut of the therapy. This is because it’s useful not to only stop resistance but also to promote change in an individual and to enhance their abilities.

There are many recurring thoughts in a large number of pathologies and people are unable to stop them. When in a cognitive-behavioral context, stopping a thought via self-instruction doesn’t seem to be useful. These are some useful techniques to pursue the type of cognitive restructuring that lasts longer:

Pathology identification as something inherent to a person

Many people undergo therapy when they’re completely overwhelmed by their condition. So much so that most of them have a hard time not identifying with it. It often happens with anxiety. People with these disorders usually define themselves with that label and seldom detach themselves from it.

In fact, they think they’ve always had anxiety, they presently have it, and they’ll always have it. The depathologization of anxiety and other disorders helps take away that “power” and for the person to find other adjectives that are more suitable for them to self-describe:

When embracing resistance in anxiety disorders, cognitive restructuring can become an arduous task. Therefore, the Socratic debate of irrational thoughts can be mixed with tasks that help a person find positive meanings to their problems. This is because their anticipation usually causes discomfort:

Attribution of therapeutic change to medication

People who initiate a medicated psychiatric treatment can attribute any established positive change to the medication itself. Thus, since it isn’t possible to withdraw from the medication at once and it’s counterproductive at times, then the person should be aware of the whole spectrum of positive changes they’ve made. In addition, use the Socratic questioning to dismantle such an idea.

You could use graphs that register mood fluctuations that, assumingly, will be exponential. In turn, also look for and make them aware of any overlooked signs of improvement and recovery in each session. These types of tasks and techniques are part of the range of options that a therapist can count on to resolve resisting therapy.

You can also use other positive interventions, always with the ultimate goal of empowerment and depathologization. These are the great pillars of positive psychology.

Psychotherapy is a very new branch of psychology. In fact, it didn't really even exist until the last quarter of…