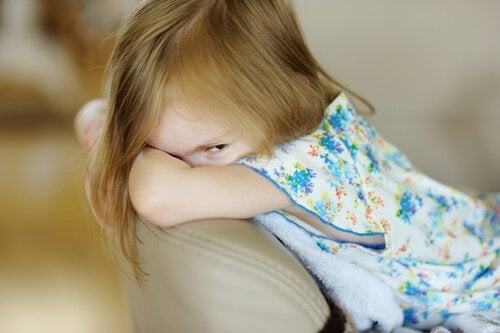 Psychopathy in children is a disorder that is worth talking about. Specifically, it involves a high degree of destruction, a large burden of aggressiveness, and a harmful component to society.

We believe that it’s important to study the adult manifestations of psychopathy, but also how they develop in a person over time. There are two things we’d like to signal out. First, we live in a society with increasingly higher violence rates. Second, people are starting to commit violent crimes at younger ages.

What are some of the reasons behind psychopathy in children?

We still don’t know what causes psychopathy. However, there are some theories and hypotheses on the matter that we’d like to share. They only partly explain some of the causes but aren’t conclusive.

There are biological theories that point to the role of hormones, such as testosterone, or brain structure abnormalities. On the other hand, the learning theories show us the consequences that an abusive childhood may have.

Social theories talk about social change with loose ethical and moral principles that could explain why psychopathic disorders are on the rise.

The most relevant theories today are the interaction theories. Namely, these theories point out that biological and genetic factors play a role in psychopaths’ anomalies in terms of their inability to feel empathy or other emotions.

However, regarding psychopathy in children, we must also pay attention to educational factors. Social factors and parents’ actions could influence children’s behavior. Furthermore, a child’s environment can influence them in a way that could lead them to turn into criminals or even serial killers.

Essential characteristics of a psychopathic personality

Robert D. Hare described the essential characteristics of the psychopathic personality in 2003:

Selfishness may be present in any child, depending on their age. However, over time, it may disappear or adjust to a more normal level as the child learns and matures. A child who is developing a psychopathic personality will manifest persistent selfishness. Furthermore, they usually demand things from others stubbornly. Consequently, they become the intimidating leaders of their groups of companions. This tends to get worse as they get older.

Treatment of psychopathy in children

Psychopathy in children can make children lie from an early age. Their first victims are usually their parents, brothers, or companions. In certain circumstances, they may learn to control their anger. But, in the long run, they’ll be unable to do so. This may make it possible for parents to detect their strange personality early on.

Since psychopathy is a personality disorder, there are still very limited possible treatments. Thus, we shouldn’t have high expectations. It’s unlikely that we’ll be able to turn our child into an honest or loyal person. In fact, very rarely will they lose their psychopathic qualities. We can only try to manage them moderately.

There are two very important aspects we should take into consideration to understand their problem. First, we should take a look at the child’s environment. Second, it’s really important the age at which the parents or caregivers first detect the disorder. Indeed, early detection and treatment before the child is eight or nine years old may significantly increase their chances of success.

Treat your children as you would like to be treated yourself. Snuff out their fears, give a name to those…

The brain is the most important organ in the human body. Why? All of our bodily functions depend on it working…

Psychology
The Invitation Technique: How We Allow Ourselves to Be Offended