Platonic Love: Are We Using the Wrong Expression?

Have you ever heard of the expression 'platonic love'? In this article, we'll explore its true meaning. 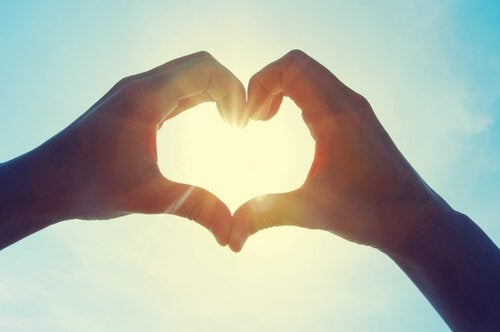 Have you ever heard of the expression ‘platonic love’? Usually, people use this expression to refer to a person they feel a romantic connection to that is out of their reach. It’s unrequited love which often makes the person fantasize about and idealize the other person. But what does this kind of love have to do with Plato? Did Plato ever talk about this ‘platonic love’?

The answer is no. Plato’s concept of love never referenced an unattainable person. What happened is that we created a variation of the concept of platonic love. Although the evolution of the term is understandable in some way, it’s important to differentiate the modern platonic love from the love that Plato talked about. Let’s take a closer look.

The concept of love in Plato’s Symposium

In Symposium, the Greek philosopher talks about love through Socrates. In this work, there’s a banquet taking place and everyone present gives a speech about love. These range from the most superficial to Socrates’ very deep speech, which actually represents Plato’s own thoughts.

First of all, Phaedrus points out that Eros, the Greek god of love, is the oldest of the gods. Thus, he’s the inspiring force to perform great actions. He affirms that love is what gives us the courage to be better people.

Next, Pausanias, who’s more profound, speaks of two types of love: bodily love and heavenly love. The former is more physical and superficial, while the latter is more morally perfect.

Aristophanes narrates the story of the mythological conception of man. According to this story, in the beginning, there were three types of beings: males, females, and androgynous people. The latter conspired against the gods and, as punishment, Zeus split them in two. Since then, human beings look for their other half or their soulmate. In this search for that other half, some lean towards homosexuality, while others towards heterosexuality, depending on their primitive state.

Finally, Socrates says that love is the force that allows us to contemplate the purest and most ideal beauty.

Love according to Plato

According to Plato, the same thing goes for love. Platonic love is far from just the purely physical and pursues beauty. Love of beauty itself is understood as the supreme concept of love, which we can find in the ideal world. Witnessing beauty in all its splendor is the goal of love. Therefore, Plato believed that love is beauty in its purest and most abstract form.

Plato said that love of wisdom was the most perfect and purest concept of love. Therefore, Platonic love doesn’t mean idealizing a person but achieving wisdom, a type of spiritual beauty.

Over time, the concept of ‘platonic love’ evolved to its other definition of unattainable love. However, for Plato, the path we must take to achieve true beauty, and therefore love in all of its splendor, is through knowledge.

This path starts with the love of bodily beauty as an ideal aesthetic. Then, it goes from the beauty of souls to the love of knowledge. Plato said:

“Wondrous beauty is everlasting, not growing and decaying, or waxing and waning. [It’s] not fair in one point of view and foul in another, […] but beauty absolute, separate, simple, and everlasting, which is […] imparted to the ever-growing and perishing beauties of all other things. He who […] begins to perceive that beauty is not far from the end. […] And the true order of going, to the things of love […] until he arrives at the notion of absolute beauty, and at last know what the essence of beauty is. This is that life above all others which man should live, in the contemplation of beauty absolute. A beauty which if you once beheld, you would not be after the measure of gold, and garments whose presence now entrances you.”

A curious fact is that the expression ‘platonic love’ was first used in the fifteenth century, when Marsilio Ficino referred to the love for a person’s intelligence and beauty. Later, it became popular after the publication of the play The Platonick Lovers by English poet and playwright Sir William Davenant, who shared Plato’s meaning of love.

The Myth of Plato’s Cave: The Duality of Reality
On one hand, we have reality just as it is. On the other, we can find a fictional reality where our beliefs and illusions take on a main role. Read more »
Link copied!
Interesting Articles
Biographies
Jackson Pollock: A Janusian Genius

Culture
What is the Cause of Organized Crime?

Organized crime is a way of committing crimes. These crimes require a certain level of planning and coordinated participation. There are…