Paradoxical Intention is a useful strategy for specific disorders, such as anxiety. This article explains how it works using various models and discussing how important details are to achieve the desired effect. 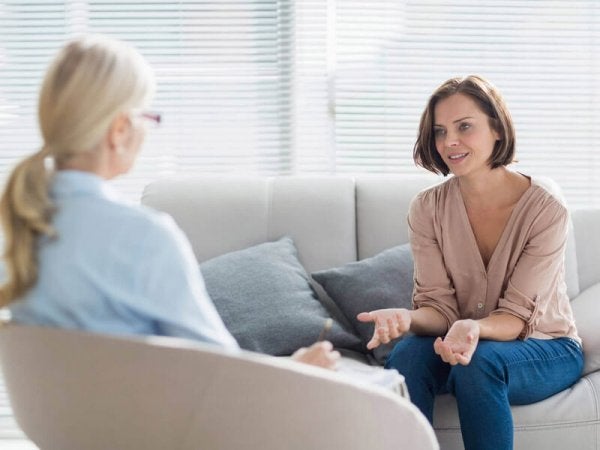 Paradoxical techniques seek exactly what the name implies: dissonance, the absurd. The goal is to get the person to act in a way that they otherwise would try to avoid. Behavior that is usually at the core of the person’s distress and anguish. In such cases, paradoxical intention can be extremely useful.

This blog references the chapter “Stopping paradoxical intention and thinking” by Salgado, Gómez, and Yela in the textbook Behavioral Modification Techniques by Labrador (2007). It seeks to understand which mechanisms to implement to ensure that paradoxical intention is an invaluable technique for achieving change in therapy.

This technique aims for a person with an anxiety disorder to feel anxious. For someone with OCD to carry out their habits or someone who has trouble sleeping to do all they can to not sleep once in bed.

The goals of paradoxical intention

In many psychological disorders, particularly anxiety disorders or OCD, attempts to avoid obsessive thoughts, rituals, or anxious feelings aren’t only unsuccessful, but they can also stop the problem from going away.

A person with hidden OCD rituals, for example, might try to control their thoughts and avoid carrying out their checks. It’s usually very difficult to control these impulses, as they’re usually involuntary.

Thus, according to Salgado et al, the aim of paradoxical intention is:

How can you explain the change in paradoxical intention?

There are various theories that seek to explain the mechanisms which make paradoxical intention work. Some of these theories are:

Hidden exposure in the paradox

Paradoxical intention also allows exposure to certain behaviors that people fear and which they continue in order to avoid them. This occurs in the vast majority of anxiety disorders as it’s these safety behaviors and avoidance that cause the anxiety to continue.

Paradoxical intention is especially useful for those people who are afraid of feeling anxious. They anticipate losing control if they get on a plane, go to the cinema, or go downtown at Christmas.

Even though the person may never have previously felt anxious in such places, the anticipation of this happening can make them avoid these places.

Under controlled conditions, it would be difficult for a person to have an anxiety attack when asked. However, as the therapy progresses, they can ask them to try to bring on anxiety in a supermarket. This is done to increase their heart rate and speed up their breathing.

It’s possible for the patient to feel anxiety and for this anxiety to not seem out of control. It’s the individual who chooses when this appears, not the circumstance.

For this reason, paradoxical intention is also useful for someone who exposes their anxiety. The fears that plague them and force them to avoid doing things out of fear of feeling anxious may well disappear. If anticipatory anxiety disappears, so will the safety behaviors and the anxiety problem will cease to continue.

Conclusion: not just any paradox works

Paradoxical intention doesn’t simply consist of telling someone to “bring on their anxiety“. If this is how it’s worded, they wouldn’t know how to do it. This command is too generic to yield good results.

The therapist in question must be very precise when prescribing the task to the patient. For this reason, the behavior must specify what exactly they want to achieve, for how long, and where.

A good description and understanding of these behaviors can make or break the success of paradoxical intention when it comes to therapy.

This serves as a reminder that this is a very powerful technique, but it’s also very dangerous in practice as if it isn’t applied in a targeted and structured way, the results might be the opposite of what was expected.

The Economic Model of Psychoanalysis
The economic model of psychoanalysis is related to the study of personality from a Freudian perspective. It deals with the way energy works in our psyche. Read more »
Link copied!
Interesting Articles
Culture
10 Strategies of Media Control According to Noam Chomsky

Culture
The Legend of Rainbow Bridge, the Resting Place for Our Pets

Legend has it that when our four-legged friends (and any other animal we have loved) say their last goodbye to us with a sigh, then they…