The hypothesis of motor imagery suggests you can strengthen your muscles just by thinking about them. This article talks a bit more about this curious phenomenon. 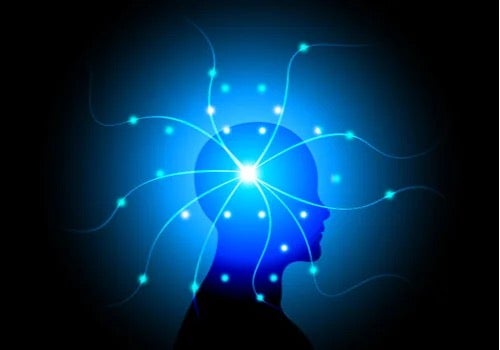 It’s a fact that the human brain never ceases to surprise us. In fact, this article concerns an amazing fact about the brain that surprised the world. It was broadcast on the BBC. In this program, a British scientist introduced the concept of motor imagery. This is a mechanism in the brain whereby, if you exercise in your mind, it has almost the same effect as physical exercise.

The hypothesis of motor imagery suggests that you activate your body through your mind, without even moving. Indeed, at the end of the day, it’s your brain that determines how your whole body works. For this reason, motor imagery is, indeed, possible. In fact, thanks to these new findings, the hypothesis is that there are factors, such as consciousness, that determine how your body works. Indeed, that’s what Professor Tony Kay from the University of Northampton stated on the BBC program.

“I’m a brain, Watson. The rest of me is a mere appendix.”

The BBC broadcasts a television program called Trust Me, I’m a Doctor. In this program, experts usually talk about rare occurrences related to health and the human body. Professor Tony Kay was invited to the show to talk about his theory of motor imagery. It was a concept that hadn’t been discussed until then.

Kay claimed it was possible to “train” yourself physically by using your imagination. He claimed that simply thinking about exercising produced the same effects as real exercise on the body.

In order to prove his theory, this expert in biomechanics recruited seven volunteers. They all had one thing in common: they all led a sedentary lifestyle. In fact, they didn’t even like exercise and only moved when necessary to carry out their regular daily activities.

A revealing experiment in motor imagery

In order to test his theory regarding motor imagery, the first thing Professor Kay did was determine a part of the body as a reference point. He decided on the calf muscle. Therefore, if his theory was correct, this area would show changes after the volunteers had completed their mental exercises.

The professor measured the calf strength of each of the volunteers with a dynamometer. Then, he determined the size, using ultrasound. Finally, he established the percentage of muscle that each volunteer used. To achieve this, he asked each volunteer to contract their calf muscle as much as they could. Then, he measured that movement through electrodes.

After that, the volunteers agreed to get on with their life as normal, except for one thing. They had to spend about 15 minutes each day imagining they were contracting their calf muscles 50 times. That’s all they had to do. They didn’t have to move a muscle, just think about moving it.

After a month, the same group of volunteers was re-examined with the same instruments as before. The results proved that Professor Kay had been right in his theory of motor imagery.

Furthermore, at the beginning of the experiment participants used their muscles at an average of 46.3 percent. After one month, that percentage had risen to 68.8. Clearly, there were observable changes, and those changes were due to that 15 minutes of mental exercise. Therefore, this evidence supported the existence of motor imagery.

Explanation of the results

Professor Tony Kay explained that the volunteers’ daily mental exercise of thinking about their calves made them more aware of the composition and movement of muscle fibers in this area of the body. This, in turn, meant they tended to stimulate and move them more fully when required in their daily lives.

That awareness led them to produce greater strength in the calf area when they made some movement with it. Therefore, they did indeed manage to strengthen their calves using motor imagery.

There are currently many high-performance athletes who use this type of technique to improve their performance. Findings could also be relevant for people who are injured or unable to move for a period of time. The motor imagery hypothesis supports another hypothesis: that your brain is capable of achieving goals you probably can’t even imagine would ever be possible.