Have you heard about Michel Houellebecq? Continue reading to find out more about the "prophet of depressing times". 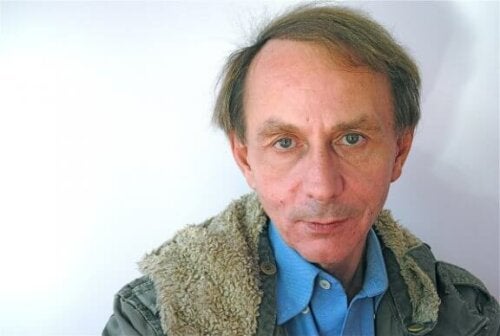 Michel Houellebecq is equally hated and loved by many. He’s currently the subject of much controversy, again, after releasing Serotonin, his new novel. His plot seems to prophesize the yellow vests movement. And it isn’t the first time this writer apparently guesses the future through his fictional stories. It’s for this reason that it isn’t surprising to hear people refer to him as the “prophet of depressing times”.

Houellebecq’s twisted characters, degraded to their lowest instincts, live in dystopian worlds. These worlds arise from the concerns that today’s society has, according to the author. Thus, people find themselves attacked by Islamists or Western countries governed by Sharia law and, in his latest novel, in highways taken by angry farmers.

Michel Houellebecq has been able to carry out in-depth analyzes of the problems and fears of a random society. In fact, it’s quite significant that the Charlie Hebdo magazine dedicated a cover to him. They entitled it “The Predictions of the Magician Houellebecq”. In fact, it happened the same day their headquarters suffered an attack that led to twelve deaths.

Sex tourism and Islamophobia are among the topics that best describe the novel titled Platform. The two main characters in this work embark on “friendly tourist business”. This is the type of tourism that encourages tourists to seek sexual experiences in places such as “Aphrodite’s temple” in Thailand. In this context, Muslim extremists commit a terrorist act that’s very similar to the Bali bombing, which occurred after the novel’s publication.

Despite the great reception of this novel, it wasn’t the author’s first masterpiece. It was The Elementary Particles that consecrated him to the point of calling it the “Houellebecq phenomenon”. Perhaps it’s better to quote it than to describe it:

“This is how we live, and currently having a child no longer makes sense to a man. It’s different for women because they still need someone to love; something that has never been and will never be the case with men. It’s false to pretend that men also need to take care of a baby, play with their children, and pamper them. It’s a falsehood, regardless of how much people have been repeating it over the years. As soon as a man divorces, as soon as the family environment is broken, their relationships with their children lose all meaning. Offspring is the trap that closes, the enemy that we must continue to maintain, and it will still be here long after humans.”

The story takes place in France in the year 2022. In it, Mohammed Ben Abbes, a politician from the Muslim Brotherhood party stands as the winner in the general elections. Once in office, Ben Abbes establishes the Sharia law. Then, he privatizes the main university in France and it becomes an Islamic university, Thus, he abolishes the right to equality between men and women and legalizes polygamy. Also, Morocco becomes a part of the European Union. This way, the European Union plans to be the new Islamic “Roman Empire,” with France as the central axis.

This is the context in which the characters in Michel Houellebecq’s novel Submission move. The title is a translation of the Arabic word Islam. The novel quickly became a best seller and generated both praise and criticism. Extreme right-wing movements stressed that fiction could come true, while there were those who branded him as racist and homophone. In short, it was a work of fiction to which few were indifferent.

Serotonin by Michel Houellebecq, his most recent work

This book focuses on the discontent of the “new poor”. He denounces politicians’ social cynicism with his “understanding” of social problems while condemning the insurgents’ extremism. There’s a representation of the collapse and decay of civilization in his work. In his own words, civilization “dies from exhaustion, from its own self-loathing”.

Michel Thomas, the writer’s real name, is a depressive, crude, compulsive smoker, and above all, quite provocative. He surpassed several admissions in psychiatric centers to establish himself as the terrible creature of French writing. Also, as the implacable narrator of contemporary hopelessness.

His late mother once defined him as “a dumbass.” This is because he portrayed her as a nymphomaniac and a street bum in one of his novels. However, he’s one of the writers who has best managed to capture people’s lack of hope. Thus, reading his novels isn’t a waste of time.

3 Revolutionary Books that Will Make You Question Everything
and that can lead you to take risks." Continue reading below to discover a list of revolutionary books that may make you rethink your future. Are you ready? Read more »
Link copied!
Interesting Articles
Literature and Psychology
Hercules Poirot and His Little Grey Cells