Michael Stone proposed a scale of evil made up of twenty-two levels. It's one of the most complete classifications of its kind. However, the forensic sciences don't utilize it in any formal way. 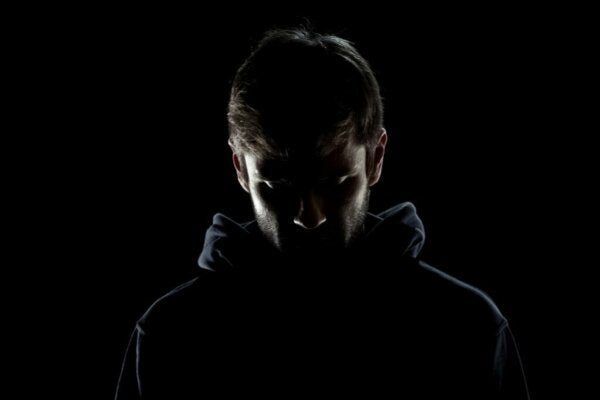 Forensic psychiatrist Michael Stone proposed a scale of evil that could be used to categorize criminals. So far, his scale is purely academic. In other words, forensic scientists don’t use it to classify homicides or other crimes.

In general terms, an “evil” person is someone who doesn’t feel compassion for other humans or even gets satisfaction from watching or causing other people pain. This can vary in intensity, which why the scale has different levels.

Michael Stone has a doctorate in forensic psychiatry from Columbia University. He’s dedicated a significant portion of his life to studying the behavior of killers. Ultimately, what the levels of evil measure is a criminal’s degree of psychopathy. Stone identified twenty-two levels and divided them into three groups. Let’s take a closer look.

The first category is different from the rest of the scale because it corresponds to people who kill in self-defense. Someone who’s trying to avoid getting killed is, in a sense, “indifferent” to the life of the other person, but that’s due to their survival instinct.

Evil is essentially absent in level one. Murder is the means for self-preservation, or it happens accidentally. There’s no premeditation, no intent to hurt someone else. The circumstances are responsible for the death.

The first group on the scale of evil

The first group includes categories 2 to 6 and describes murders that are committed in self-defense. The distinction here is that the murderer purposely caused the victim to suffer in some way.

These are the levels in the first group:

The second group on the scale of evil includes individuals who have psychopathic traits but don’t check all the boxes for sadism. This group goes from level 7 to 16. The murders in this group are most often unjustified.

These are the levels:

The third group on the scale of evil: classic psychopaths

These are people who check all the boxes that describe someone as “evil” or “cruel”. In other words, they’re immune to others’ pain and are extremely anti-social.

As you can see, the major distinctions in this scale are based on the intent or desire to inflict pain on other people and whether or not the criminal enjoys it. The murderer’s motive is also taken into account.

Can Voldemort’s Life Help Us Understand Evil Better?
Voldemort, from the Harry Potter saga, has fascinated fans over the years. In this article, we study this infamous character. Read more »

When you think about psychology and how it applies to criminal investigations, you're actually thinking about the set of disciplines…