When taken in low doses, the drug naltrexone seems to relieve many different conditions. Read on to learn all about it! 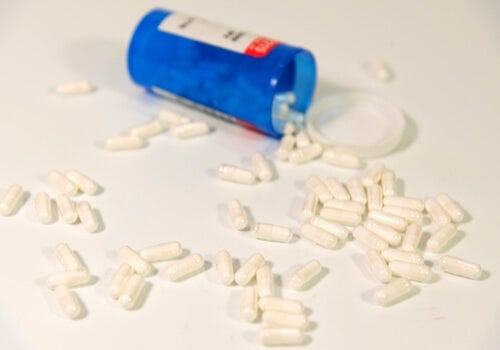 Over the past decade, there has been growing public interest in the opioid antagonist naltrexone. When taken in low doses (LDN or low-dose naltrexone), it supposedly has beneficial effects in the treatment of different diseases. However, the medical community is skeptical of these “benefits”.

We often hear our elders say that real healing doesn’t come in a pill; that the drugs doctors and pharmacies prescribe are, at times, more harmful than other forms of treatment.

This hypothetical maxim seems to have been realized with the discovery of this new method of taking the drug naltrexone. Some believe that naltrexone can help the body use its own defenses to protect itself against disease. Also, it’s claimed that it can be effective against cancer and HIV.

The history of the discovery

According to many publications on his work, in 1985, the late Dr. Bernard Bihari (a New York psychiatrist with a degree from Harvard University), realized that taking low-dose naltrexone could improve the body’s the immune response against HIV, the virus that causes AIDS.

A few years later, he discovered that naltrexone, which had been used in treating heroin and/or morphine addiction, could also be beneficial for patients with cancer and autoimmune diseases.

According to records on the therapeutic work of Dr. Bihari, in almost a quarter of the approximately 500 cases of various types of cancer that he treated with the help of low-dose naltrexone, he was able to reduce the size of the tumors by at least 75%.

Dr. Bihari theorized that the anti-cancer mechanism of LDN was probably due to its ability to increase the number and density of opioid cell receptors. More specifically, it increased the number of endorphin receptors (the so-called “natural opioids” or “happy molecules”), making them more susceptible to the therapeutic benefits of endorphins. He also proposed that the number and level of activity of the defense cells in the immune system could be increased by the action of naltrexone.

The conditions low-dose naltrexone could treat

Aside from its recognized use as an anti-addictive, many other conditions could hypothetically benefit from it, including:

How does LDN actually work?

Naltrexone’s mechanism of action couldn’t be simpler or more logical. Every year, scientists discover more reaches of its biochemical pathways, as well as a growing number of benefits in the treatment of several conditions. Recently, in fact, it was discovered that it can also increase the chances of neuron survival after brain damage thanks to its influence on cytokines, which regulate inflammatory processes.

The sequence of events that may underlie these effects is:

Is naltrexone safe? Why are so few doctors aware of this form of treatment?

Many sources state that, with the necessary precautions, the use of LDN is relatively safe. The recommended dosage of naltrexone varies from person to person and will depend on their specific condition. As always, it should be prescribed by a specialist, who should monitor its usage carefully.

In the early stages of treatment, the patient may experience symptoms such as weakness, dysesthesia, and pain, as well as nightmares and trouble sleeping. These side effects should disappear within a week or two and are due to the unusually high levels of endorphins in the body.

As we’ve already mentioned, anyone who’s interested in the potential uses of LDN should consult a doctor. It’s likely that your doctor will be unfamiliar with this approach. The study and applications of naltrexone spark little interest in both the clinical field and large pharmaceutical companies, given the low economic return its usage would represent. In some cases, the patient may even know more about naltrexone than their healthcare provider.

Needless to say, there’s far more to this topic than meets the eye. It’s possible that there are more ways of approaching health. In some cases, it may even be worth venturing into other cheaper and more effective ways of treating difficult conditions.

How Do Opioid Analgesics Work?
There are natural opiates derived from opium, such as morphine, and other synthetic opiates, such as fentanyl. Learn how these opioid analgesics work. Read more »
Link copied!
Interesting Articles
Psychopharmacology
Pharmacological Treatment for Insomnia