Lessons for the 21st Century from Yuval Noah Harari

In 21 Lessons for the 21st Century, we find a selection of lucid reflections that analyze different phenomena that are taking place in today's world. We're going to talk about big changes in politics, culture, and life in general, and all of them affect us directly. 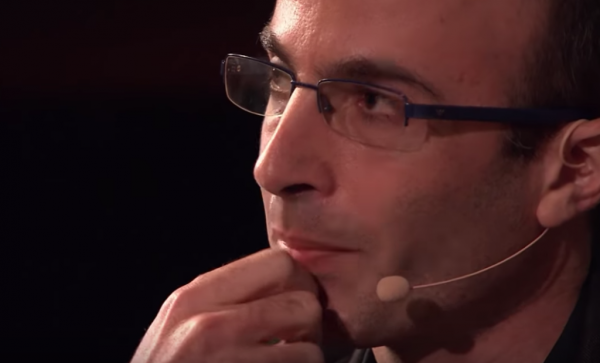 21 Lessons for the 21st Century is one of the most recent books by Professor Yuval Noah Harari, the Israeli historian and writer who became famous for works such as Sapiens: A Brief History of Humankind and Homo Deus: A Brief History of Tomorrow. His most recent work was translated into more than 40 languages and is a novel approach to today’s reality.

In 21 Lessons for the 21st Century, Harari thought-provokingly analyzes the contemporary world. He basically states that there’s very harmful censorship in our world. In contrast to days gone by, information is no longer forbidden. However, we have flooded our own society with information, and this can hide the issues of real importance.

Harari also tackles issues of burning importance such as power, the role of great empires, immigration, and nationalism, among others. The book 21 Lessons for the 21st Century is divided into five parts, each of which includes a set of lessons. Below, we’ll delve deeper into them.

The technological challenge, one of the lessons for the 21st century

The first part of 21 Lessons for the 21st Century is dedicated to the technological challenge. In this part of the book, Harari includes four lessons, related to the current crisis of liberal values and the problems involved in new technologies.

The lessons are the following:

The second block of topics in the 21 Lessons for the 21st Century concerns political challenge. It’s divided into the following sections:

In this section, Harari points out that humanity can stay afloat as long as it manages to remain calm and avoid irrational fears. In order to achieve this, he believes that it’s necessary to consolidate secular values through their rational power.

The lessons here are:

In this section, Harari talks about the importance of fighting prejudice and finding reliable sources to form our criteria. This block includes four lessons:

The last section of the 21 Lessons for the 21st Century talks about the importance of recognizing that traditional stories no longer explain the world we live in. In addition to that, new stories with enough capacity to explain it haven’t emerged either.

On this subject, there are three lessons to consider:

The lessons for the 21st century, as we can see, offer great reflections. They’re turning points for today’s world and they’re worth stopping to think about.

Steve Jobs: Biography of the Man Who Invented the 21st Century
Like other highly creative people, Steve Jobs lived between success and frustration, between a new project and the pursuit of a more significant lifestyle. Read more »