Laughter: Meditation for the Brain 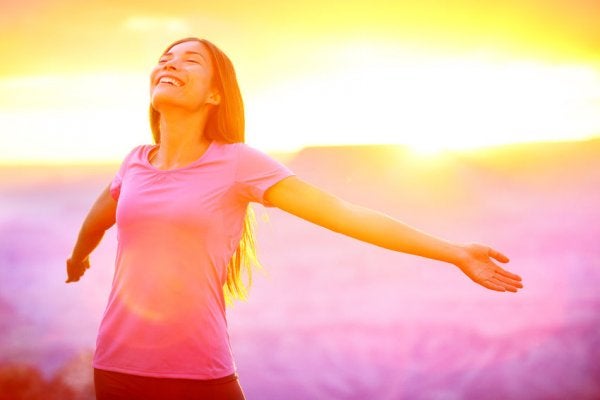 We have often spoken of the benefits of meditation, and also the benefits of laughter. A recent study has found a relationship between laughter and meditation, and the results are very encouraging. This study, conducted at the University of Loma Linda (California) and directed by Gurinder Singh, has found that laughter activates brainwaves similar to those associated with meditation. He also found that the state of true meditation can improve memory and reduce the effects of stress.

The study included 31 people whose brainwaves were monitored while watching comedy programs, spiritual programs and distressing videos. The researchers found that when watching the humorous video, the volunteers’ brains produced high levels of gamma waves, which are the same that occur during meditation.

The study also involved Professor Lee Berk of Loma Linda University in California, who said, “What we have found in our study is that humor associated with happy laughter sustains gamma band oscillations of great amplitude. Gamma is the only frequency found in all parts of the brain.”

He added, “What this means is that humor actually involves the entire brain; it’s a total experience of the brain with gamma waveband frequency, and humor, similar to meditation, keeps it there.”

Training for the brain

Berk also said that with laughter, “it is as if the brain receives a workout.” This effect is important because it “allows you to be able to think more clearly and have more inclusive thoughts while in a state of subjective feelings.” He added that “this is of great value for people who need or want to revisit, reorganize or change various aspects of their lives and experiences, so they feel more focused or centered.”

As mentioned, this study also says that the state of true meditation can improve memory and reduce the effects of stress.

“The act of laughing, or just enjoying a little humor, increases the release of endorphins and dopamine in the brain, providing a sensation of pleasure and reward,” said Berk. “These positive and beneficial neurochemical changes, in turn, make the immune system work better. There are even changes in brainwave activity towards the gamma wave band frequency, which also amplify memory and recall.”

Among the conclusions derived from this study in relation to memory, it stresses the importance of it for older people. Cognitive components (learning ability and delayed recall) worsen as we age and are essential for older adults to improve their quality of life, in reference to the mind, body and spirit.

Although older people have age-related memory deficiencies, the mood therapies recommended by the researchers are very beneficial.

A sedentary lifestyle is a dangerous 21st century trend. Sedentary people are people who do very little to no exercise, thus…

Culture
3 Types of Friendship, According to Aristotle

Culture
Key in Lock Syndrome: The Overwhelming Urge to Urinate

Today, we're going to talk about key in lock syndrome, which you've undoubtedly experienced but probably weren't aware of. Have…