Do You Know How the Sea Affects Our Brain? 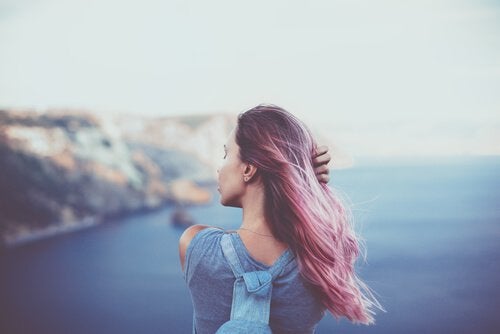 Can you imagine how the sea affects our brain? This immense blue water that covers almost 80% of the planet is a tremendous place, as cruel and powerful as it is romantic and profound. A giant, one moment violent, the next calm and inspiring.

Great authors like Charles Baudelaire have had great admiration and respect for the sea. From his lips were born phrases like “free man, you will always love the sea!”. This expanse that holds such a special place for human beings is much more than just a huge mass of water.

How does the sea affect our brain?

Several neuroscientists have studied how the sea affects the brain. Names like M. Rudd, R.A. Baron and M.C. Diaomond are notable for their experiments and publications. They have all investigated the effects that the immense blue ocean has on our mind. Can you imagine what it provokes?

What is for sure is that the effects of the sea on our psyche are generally very positive. The romanticism and desire for freedom that it inspires in us is not trivial, and it is in fact justified and backed up by science.

“One should always watch the sea. It is a mirror that doesn’t lie”

The sea evokes admiration in humans

Several psychologists from the universities of Minnesota and Stanford carried out a study about the effects of the sea on the human brain. One of the conclusions they came to was that the immensity it projects evokes a state of admiration and amazement in our psyche.

In reality, this process brings us well-being. And it is curious, given that something so immense could kill us with a single wave. But the expansive experience it evokes induces positive changes in our mental patterns thanks to the way that our mind tries to process this landscape.

So the sea induces drastic changes in our patterns and decisions that, for example, help to make us more generous. Also, as if this wasn’t enough, our perception of time also changes, becoming much slower, and can even create the sensation of time standing still.

The sea is a creative stimulus

In general, while we work, talk or care for children, the human brain goes into its “busy” state, to put it one way. However, the sea changes this state drastically and relaxes our mental processes.

Once we are relaxed, the neural network is activated by default. And in this state of total tranquility caused by the immensity of the sea, the most brilliant, creative, clear and original ideas come to the human brain.

In reality, the process is relatively easy to understand. By entering into relaxation mode, our worries disappear. At that moment, the prefrontal area of the brain ceases to be in control and so creativity, dreaming and almost magic begin to flow freely. So, our thoughts become more original, less critical and much more open.

The sea has many positive effects on our mind. Meditation is an ancient technique which has well proven benefits on the human brain. The meditative state increases the stimulation of brain waves, which can even change.

In this case, it is the waves of the sea that induce a state of mindfulness. The effect of the sound causes the alpha brain waves, which are linked to effort but also to relaxation and tranquility, to make everything around us seem to disappear.

As we’ve mentioned, the sea induces the human brain into a creative state. Curiously, this is also related to alpha brain waves, which produce states of mental clarity. This is why the sea has the power to make our whole environment disappear, so that only we remain, as if suspended in a bubble where our whole being suddenly makes sense.

“The ocean was one of the greatest things he had ever seen in his life—bigger and deeper than anything he had imagined. It changed its color and shape and expression according to time and place and weather”

Now you know a bit more about how the sea affects our brain. Now, if you get the opportunity, all you have to do is enjoy it in its purest state. When you have the chance to contemplate the blue ocean, don’t waste it, and your whole being will be grateful, starting with your mind.

5 Steps to Train Your Brain
Today I would like to bring an example of it to Steve Jobs, the creative genius who also felt the need to exercise and operate his brain further. Read more »
Link copied!
Interesting Articles
Art and Psychology
The Magic of Poetry and How it Can Ease Pain

It all starts with knee pain, or perhaps a back ache that's started to affect your daily life. Or it could be reoccurring migraines or the physical effects of anxiety, like…